English study of the Cidgaganacandrika: an important Tantric work belonging to the Krama system of Kashmir Shaivism authored by Shrivatsa (Kalidasa). The Cidgagana-Candrika represents a commentary on the Kramastuti by Siddhanatha and is presented in the form of an eulogy of Parashakti. In four chapters (vimarshas) this book deals with the knowledge...

Sanskrit literature is abundant with various technical sciences called Śāstras. Mantras and Tantras are the important Śāstras which expound the principles and practices for the fulfillment of materialistic and spiritual aspirations.

The contemplation on the Mantra initiated by an able Guru is capable of warding off all sorts of difficuties of the Disciple. It also has the capacity of revealing the deity governed by it to the Sādhaka if done with proper procedures.

This is the science of tecnicalities which spread as knowledge (Jñāna). The acquiring of the right knowledge protects one from all illusions and results in revelation of the Absolute truth.

Sādhana under tāntrik path is widespread covering all aspects in human life. Relation as Guru and Śiṣya, Iṣṭadevata, Dīkṣa, Mantra, Japa, Puraścaraṇa, Pūja, Homa, Yantra, Nyāsa, Mudra, Kundalini and Cakras are some of the significant aspects of Tantra Śāstra. There are 64 tantras. One of the tantras called Niruttara is associated with Anuttara āmnāya or Urdhvāmnāya. Kashmir Śaiva tantras fall under this category.

Present study relates to one of the treatises in this category dealing with Krama system which forms part of Trika school of Philosophy. The focus of Krama is the path of retracing the source of the entire objective world and thus reaching the state of Paramaśiva, the ultimate substratum of the manifestation projected by His kinetic aspect Śakti/Kāli. Trika, Krama,Pratyabhijñā are the schools of Kashmir Śaivism with a monistic philosophy belonging to the Ardhatryambaka lineage.

The work Cidgaganacandrikā is reckoned as a tantrik work relating to the Krama system of Kashmir Śaivism, composed by Kālidāsa (Śrīvatsa) , in praise of Kāli as the Absolute and the practice of Śāktopāya to attain liberation.

This work [Cidgaganacandrikā] has been published and commented partially by Arnold Avalon the son of Arthur Avalon. It is divided into four Vimarśas. The first Vimarśa gives concisely the main subject and the next three Vimarśas are like commentaries of the main theme.

2) The Second chapter the “Gleanings from the first two Vimarśas of [Cidgaganacandrikā]” provides the excerpts of the single English commentary made available by Karra Agni Hotri Śāstri (Dhanadhānanda nātha). It explains the various topics covered under [Cidgaganacandrikā] in an elaborate manner.

6) The sixth chapter discusses [Cidgaganacandrikā] in detail and the impact of Kashmir Śaivism.

7) The seventh chapter deals with influence of Krama system and Trika school on [Cidgaganacandrikā].

8) The eighth is the concluding chapter which establishes Śrīvatsa-Kālidāsa’s concept, tradition and philosophy of śakti worship.

My gratitude is first due to Sri G. Narayanan, the Grand-son of my Paramaguru Sri Cidānanadanātha of Guhānanda mandali who had written an article in one of the Srividya Journals about the scope of research in this topic.

This was further nourished by the suggestion of my guide Dr. R. Thiagarajan and hence the topic was chosen. Mrs. Rajamma Suryanarayanan a Srividya upāsikā also had given references of [Cidgaganacandrikā], in her commentary on Lalitha sahasranama based upon the work of Sri Bhaskararaya makhi’s work called Sowbhagyabhaskara. This gave impetus to our choice.

I thank Sri Goda Venkatesvara Sastrigal for his explanations on the verses of [Cidgaganacandrikā] in initial stages which helped me to pursue my effort.

I place at the feet of my guide Dr. R. Thiagarajan, the former Head of the PG & Research department of Sanskrit, Presidency College, Chennai (Autonomous), my sincere thanks, for the appropriate guidance, moral support and encouragement. I thank Dr. O.R. Devanathan the present H.O.D of Sanskrit, and the Principal Presidency College for their help, encouragement and support.

I thank my husband Sri S. Balasubramaniam and my son Sri B. Ashwin for their constant support. I thank my brothers and sisters and my sister-in-laws for their good wishes.

I thank my friend, philosopher and guide Mrs. Muthulakshmi for her constant encouragement. I thank my friend Mrs. Praveena chandrasekhar for her sincere prayers for my success. I thank my Guru’s grand-daughter Srividya Sairam for her motivation.

I salute the authors of all the works mentioned in the Bibliography for affording me the tools for this reaearch. I thank KSRI and Adyar Library and Sri Ramesh namboodari, Mrs. Usha G Narayanan of Guhananda mandali, Smt. Ushadevi President of Shyamala satsangamandali and my Guruputri Smt. Shantakumari for helping me with reference books and details on Kali worship.

I dedicate this thesis to my departed Parents Sri. M. Saranathan and Smt. Rajesvari Saranathan and my Sadguru Champakambika Smt. Janaki Natarajan who inspired me in Srividya worship. 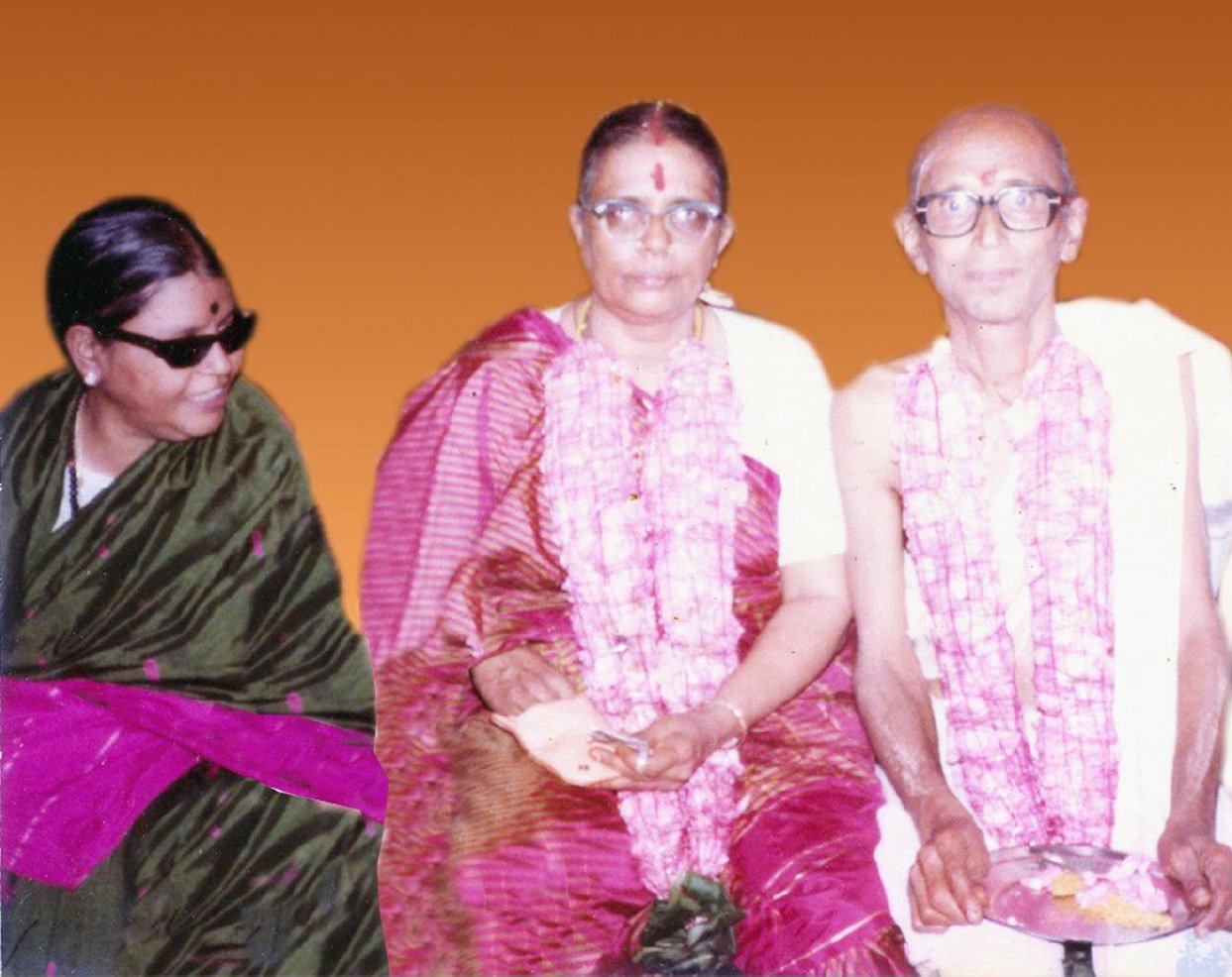