Shastra means something in Hinduism, Sanskrit, the history of ancient India, Marathi, Hindi. If you want to know the exact meaning, history, etymology or English translation of this term then check out the descriptions on this page. Add your comment or reference to a book if you want to contribute to this summary article.

The Sanskrit term Śāstra can be transliterated into English as Sastra or Shastra, using the IAST transliteration scheme (?). 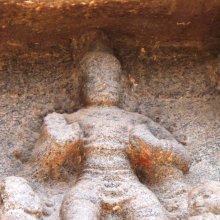 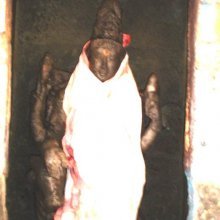 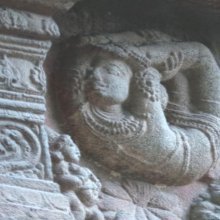 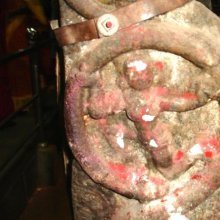 Śāstra (शास्त्र).—Sciences of which Purāṇa is the first; recalled by Brahmā.*

Śāstra (शास्त्र) refers to one of the three principle styles found in Sanskrit literature.—Śāstra are the Dharma-śāstras which although in different metres usually the one known as anuṣṭup, they are in the form of narratives in which the subject matter is discussed at great length. To this group also belong the Itihāsas and the Pūrāṇas with their prolix and often tediously long descriptions.

Source: McGill: The architectural theory of the Mānasāra (mimamsa)

Śāstra (शास्त्र).—A “comprehensive definition” for śāstra was offered—by Mīmāṃsā, the school of Vedic ritual practice alld textual exegesis. Kumārila Bhaṭta, the great Mīmāṃsāka of the eighth century CE, crystallizes the precedent intuitions and speculations regarding the nature of śāstra in the following definition: “Śāstra is that which teaches people what they should and should not do. It does this by means of eternal words or those made by men. Descriptions of the nature of things/states can b e embrace d by the term śāstra insof ar as they are elements subordinate to injunctions to action” (Ślokavārttika, Śabdapariccheda 4-5).

In the definition quoted above , it is seen that Kumārila does admit a distinction betweenthe descriptive and prescriptive dimensions of śāstra, but almost immediately subverts itso as to nullify any sense of a dialectic between them.

Śāstra (शास्त्र, “weapon”) refers to one of the twelve effects of āya (“profit”), according to the Mānasāra. Āya is the first of the āyādiṣaḍvarga, or “six principles” that constitute the “horoscope” of an architectural or iconographic object. Their application is intended to “verify” the measurements of the architectural and iconographic object against the dictates of astrology that lay out the conditions of auspiciousness.

The particular āya (e.g., śāstra) of all architectural and iconographic objects (settlement, building, image) must be calculated and ascertained. This process is based on the principle of the remainder. An arithmetical formula to be used in each case is stipulated, which engages one of the basic dimensions of the object (breadth, length, or perimeter/circumference). The twelve effects of āya may all be assumed as auspicious.

Śastra (शस्त्र) refers to “swords”, according to the Bṛhatsaṃhitā (chapter 3), an encyclopedic Sanskrit work written by Varāhamihira mainly focusing on the science of ancient Indian astronomy astronomy (Jyotiṣa).—Accordingly, “The Sun when he changes his course from north to south and when in his usual condition will bring on prosperity and increase of crops; but when he undergoes a change either in his usual course or in his usual appearance he causes fear to mankind. Even on other than new-moon days the Ketu named Tvaṣṭā eclipses the solar disc. Then seven princes and their subjects will perish by the sword, by fire and by famine [i.e., śastra-agni-durbhikṣa]”.

Śastra (शस्त्र) refers to “scalpel” (i.e., surgery), as mentioned in verse 5.37-39 of the Aṣṭāṅgahṛdayasaṃhitā (Sūtrasthāna) by Vāgbhaṭa.—Accordingly, “[...] [ghee is] recommended for [...] (and) those exhausted from pulmonary rupture, pulmonary consumption, erysipelas, scalpel [viz., śastra-glapita], and fire ; dispersive of wind, choler, poison, frenzy, desiccation, unbeautifulness, and fever, [...]: ghee [viz., ghṛta] (is) possessed of a thousand powers (and), by its (many) ways of application, productive of a thousand effects”.

Source: Ancient Science of Life: The Translational Framework of Ayurveda as a Knowledge System

Śāstra (शास्त्र) refers to “theoretical constructs”.— It appears that the Āyurveda knowledge system is itself structured as a translational model—with tattva (principles) translating to śāstra (theoretical constructs) and śāstra translating to vyavahāra (practical applications). Thus the whole system is designed to translate knowledge into action that is of benefit to society—“lokānugrahapravṛttaḥ śāstravādaḥ”. In other words, the purpose of the śāstra, especially in the context of medicine, is to improve quality of human life, and not to be confined within the limits of academic explorations. The three tier structure of the knowledge system of Āyurveda is aimed to ensure that academic insights get translated into practical applications.

Śāstra is Sanskrit for rules in a general sense. The word is generally used as a suffix in the context of technical or specialized knowledge in a defined area of practice; e.g.

In Buddhism, a shastra is often a commentary written at a later date to explain an earlier scripture or sutra.

A bearer of Shastra or the holder of this sacred knowledge is called Shashtradhari (Sanskrit: शास्त्रधारी, śāstradhārī).

Source: McGill: The architectural theory of the Mānasāra (hinduism)

Śāstra (शास्त्र).—A linguistic analysis of the term śāstra itselî reveals just as much. The term derives from √śās, meaning “to teach,instruct, chastise, punish, correct,” and also “to order, command, role, govern.” Its syntactic derivation, in the Pāṇinian grammatical system, is explained as the addition of the suffix ‘tra’ to the verbal root, indicated by the kṛtpratyaya, “primary affix” (or “formative element”), ‘ṣṭran.’ The primary meaning of this suffix is instrumentality, that is, “the means by which an action is performed or carried to completion” (Richard Hayes, Continuing Sanskrit: Saṃskṛtabhāṣāpravartanam, Chapter 4, “Kṛt-pratyaya-niruktiḥ: Deriving nouns and adjectives from verbal roots,” p. 63).

The lexicographer V. S. Apte gives the semantic derivation of the neuter noun śāstram, from the verbal raot √śās as śiṣyate ’nena, which means “[that which is] taught without blemish” (Apte, A Practical Sanskrit-English Dictionary, p. 1549).

Śāstra.—(IE 7-1-2), ‘six’. Note: śāstra is defined in the “Indian epigraphical glossary” as it can be found on ancient inscriptions commonly written in Sanskrit, Prakrit or Dravidian languages.

śastra (शस्त्र).—n (S) A weapon. 2 A weapon figuratively, that in which one's prevalence or power consists;--as learning, beauty, sanctity, the pen &c. Applied also to any thing considered as the masterer, match, vanquisher, antidote &c., of any other thing. śa0 tuḷaṇēṃ or tōlaṇēṃ To point or set or hold in position one's weapon: also to wave or brandish it. śa0 dharaṇēṃ with vara of o. To take up arms against.

2) An instrument, a tool in general.

(-straṃ) 1. An order or command. 2. Scripture, science, institutes of religion, law or letters, especially considered as of divine origin or authority: when used singly, it implies works of literature or science in general, and it is therefore customarily connected with some other word to limit its application, as the Vedanta Shastras, or treatises of philosophical theology; the Dharma-Shastras, books of law, &c.; it is also applied to less important branches of knowledge, as the Kavya-Shastras, or poetical works; Shilpa- Shastras, works on the mechanical arts; and Kama-Shastras, or erotic compositions; in the singular number it is also used comprehensively to signify the body of all that has been written on the subject, as Dharma-Shastras, the institutes or code of law; Kavya-Shastra, poetry; Alankara-Shastra, rhetoric, &c. 3. A book in general. E. śās to govern or teach, aff. ṣṭran .

1) Śastra (शस्त्र):—[from śaṃs] 1. śastra n. (for 2. See under √śas) invocation, praise (applied to any hymn recited either audibly or inaudibly, as opp. to stoma, which is sung, but [especially] the verses recited by the Hotṛ and his assistant as an accompaniment to the Grahas at the Soma libation), [Vājasaneyi-saṃhitā; Brāhmaṇa; ???; Chāndogya-upaniṣad]

4) [from śas] n. an instrument for cutting or wounding, knife, sword, dagger, any weapon (even applied to an arrow, [Bhaṭṭi-kāvya]; weapons are said to be of four kinds, pāṇi-mukta, yantra-mukta, muktāmukta, and amukta), [Śatapatha-brāhmaṇa] etc. etc.

10) [v.s. ...] any instrument of teaching, any manual or compendium of rules, any bock or treatise, ([especially]) any religious or scientific treatise, any sacred book or composition of divine authority (applicable even to the Veda, and said to be of fourteen or even eighteen kinds [see under vidyā]; the word śāstra is often found ifc. after the word denoting the subject of the book, or is applied collectively to whole departments of knowledge e.g. vedānta-ś, a work on the Vedānta philosophy or the whole body of teaching on that subject; dharma-ś, a law-book or whole body of written laws; kāvya-ś, a poetical work or poetry in general; śilpi-ś, works on the mechanical arts; kāma-ś, erotic compositions; alaṃkāra ś, rhetoric, etc.), [Nirukta, by Yāska; Prātiśākhya; Manu-smṛti; Mahābhārata] etc.

1) [noun] any instrument or weapon.

2) [noun] any manual or compendium of rules on religion, science, etc.

4) [noun] any of the branches of knowledge or study, whick is concerned with establishing and systematising facts, principles, and methods, as by experiments and hypotheses; science.

5) [noun] systematised knowledge derived from observation, study, and experimentation carried on in order to determine the nature or principles of what is being studied; science.

Soma in Vedic Mythology and Ritual (study) (by Anjana Chakraborty)

Chapter 3(i) - The rite of ‘pressing of Soma’ (Abhisavana)

Chapter 6.10 - Horse sacrifice and its process