Sanskrit means something in Buddhism, Pali, Hinduism, Sanskrit, the history of ancient India. If you want to know the exact meaning, history, etymology or English translation of this term then check out the descriptions on this page. Add your comment or reference to a book if you want to contribute to this summary article. 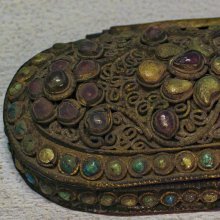 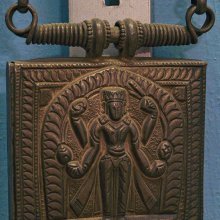 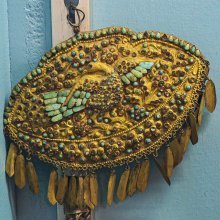 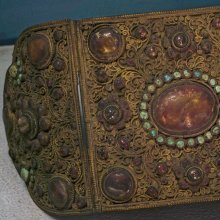 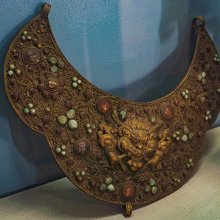 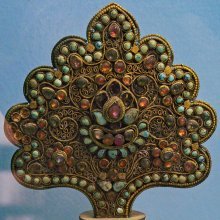 Sanskrit.—According to Mīmāṃsa the meaning (artha) of Sanskrit words is intrinsic to them by their very nature and not dependant upon human agency—i.e. The meaning is not dependant upon the collective decision of people. If this were not so, we would have an “Alice in wonderland” situation where words mean whatever the speaker wants then to mean—in which case communication becomes impossible. Even if we accept this as given—there is still the compounding problem of interpretation in translation—every translator also acts wittingly or unwittingly as an interpreter of the message, and because every Sanskrit word has at least 10 different meanings every translator has interpreted the text according to their own agenda based upon:—

Sanskrit is considered the most important (among the 4 four great and special canonical languages) and is known as the divine language [lha’i skad], the language that all buddhas of the three times spoke in the past, are speaking in the present and will speak in the future.

[«previous (S) next»] — Sanskrit in Buddhism glossary
Source: Buddhist Door: GlossaryBrahma letters. The classical Aryan language of ancient India, systematized by scholars. With the exception of a few ancient translations probably from Pali versions, most of the original texts in Buddhism used in China were Sanskrit.

Sanskrit.—Anglicised form of Saṃskṛta, the name of the sacred language of the Indians. Note: sanskrit is defined in the “Indian epigraphical glossary” as it can be found on ancient inscriptions commonly written in Sanskrit, Prakrit or Dravidian languages.

Search found 251 books and stories containing Sanskrit; (plurals include: Sanskrits). You can also click to the full overview containing English textual excerpts. Below are direct links for the most relevant articles:

Part 3 - The Prajñāpāramitāstotra < [Chapter XXIX - The Virtue of Wisdom]

Preliminary note (3): Explanations on the aṅgas < [Part 2 - Hearing the twelve-membered speech of the Buddha]

Part 2.1a - The Solar Dynasty < [Chapter 3 - Historical aspects in the Matsyapurāṇa]

1: The Kāvyālaṃkārasūtra-vṛtti: A hand-book of Sanskrit Poetics < [Chapter 1 - Introduction]

The Philosophical Verses of Yoga Vasishtha