Shila means something in Buddhism, Pali, Hinduism, Sanskrit, Jainism, Prakrit, the history of ancient India, Marathi. If you want to know the exact meaning, history, etymology or English translation of this term then check out the descriptions on this page. Add your comment or reference to a book if you want to contribute to this summary article.

The Sanskrit terms Śilā and Śila and Śīla can be transliterated into English as Sila or Shila, using the IAST transliteration scheme (?). 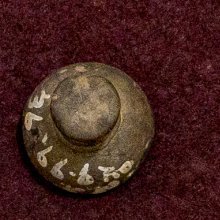 Śīla (शील, “good conduct”).—The Kakṣapuṭatantra 19.32 insists that abandoning religious deeds such as bhakti (devotion) and śīla (good conduct) results in oneʼs death. This can be considered an ethical sign of death.

2b) The stone placed on the head of Gayāsura under the orders of Brahmā.*

2c) Dharmavratā, the daughter of Dharma and Viśvarūpa married Marīci; when she was once serving her husband in sleep Brahmā came there and she honoured him leaving her husband; the latter awoke and cursed her to become a stone as she did not do the duty of a wife properly; she became furious and cursed her husband and herself performed severe austerities in the midst of a blazing fire; pleased with her, Viṣṇu asked her to take a few boons adding that her husband's curse could not be changed; she then requested that she might live in the shape of a stone at Gayā tīrtha on which all Devas should reside; the request was granted.*

Śilā (शिला) refers to “stones” according to the second chapter (dharaṇyādi-varga) of the 13th-century Raj Nighantu or Rājanighaṇṭu (an Ayurvedic encyclopedia). The Dharaṇyādi-varga covers the lands, soil, mountains [viz., Śilā], jungles and vegetation’s relations between trees and plants and substances, with their various kinds.

Shila (or Shaligram) refers to a Vaishnava (Hindu) aniconic representation of Vishnu, in the form of a spherical, usually black-coloured Ammonoid fossil found in the sacred river Gandaki. They are more often referred to as Shilas, with Shila being the shortened version. The word Shila translates simply to 'stone' and Shaligram is a less well-known name of Vishnu.

[«previous (S) next»] — Shila in Theravada glossary
Source: Access to Insight: A Glossary of Pali and Buddhist TermsVirtue, morality. The quality of ethical and moral purity that prevents one from falling away from the eightfold path. Also, the training precepts that restrain one from performing unskillful actions. Sila is the second theme in the gradual training (see anupubbi katha), one of the ten paramis, the second of the seven treasures (see dhana), and the first of the three grounds for meritorious actionSource: Dhamma Dana: Pali English Glossary

Main foundation of all kinds of practices of dhamma. Without training into sila, it is not possible to progress on this path.

'morality', 'virtue', is a mode of mind and volition (cetana) manifested in speech or bodily action (s. karma). It is the foundation of the whole Buddhist practice, and therewith the first of the 3 kinds of training (sikkhā) that form the 3-fold division of the 8-fold Path (s. magga), i.e. morality, concentration and wisdom.

Buddhist morality is not, as it may appear from the negative formulations in the Sutta-texts, something negative. And it does not consist in the mere not committing of evil actions, but is in each instance the clearly conscious and intentional restraint from the bad actions in question and corresponds to the simultaneously arising volition.

Morality of the 8-fold Path, namely, right speech, right action and right livelihood, is called 'genuine or natural morality' pakatisīla), as distinguished from the external rules for monks or laymen, the so-called 'prescribed morality' (paññatti-sīla, q.v.), which, as such, is karmically neutral.

morality; Sila is not only abstaining from what should not be done, it is also observing what should be done, we can observe moral precepts which are the foundation of wholesome conduct.

1) Śīla (शील) refers to “discipline” or “morality” and is called innate goodness according to the 2nd century Mahāprajñāpāramitāśāstra (chapter XXI). Accordingly, “wholeheartedly following the good path (kuśalamārga) without allowing any faults (pramada) is what is called Śīla”.

Śīla is of three kinds:

Even though the moral man has no weapons (āyudha), wicked people do not attack him. Morality is a treasure (vitta) that cannot be lost; it is a parent (jñāti) who does not abandon you even after death; it is an adornment (ālaṃkāra) that surpasses the seven jewels (saptaratna). This is why morality must be guarded as if one were defending the life of the body (kāyajīvita) or as if one were watching over a precious object. The immoral man endures ten thousand sufferings; he is like the poor man who broke his vase and lost his wealth, This is why pure discipline must be observed.

[«previous (S) next»] — Shila in Tibetan Buddhism glossary
Source: academia.edu: The Structure and Meanings of the Heruka Maṇḍala

Śilā (शिला) refers to a “rock” and represents one of the items held in the left hand of Heruka: one of the main deities of the Herukamaṇḍala described in the 10th century Ḍākārṇava chapter 15. Heruka is positioned in the Lotus (padma) at the center; He is the origin of all heroes; He has 17 faces (with three eyes on each) and 76 arms [holding, for example, śilā]; He is half black and half green in color; He is dancing on a flaming sun placed on Bhairava and Kālarātrī.

virtuous conduct of body and speech. Sila is also known as Precepts.

Shīla (śīla) Skt. (Pali, sīla), “obligations, pre­cepts”; refers to the ethical guidelines that in Buddhism determine the behavior of monks, nuns, and laypersons and that constitute the precondition for any progress on the path of awakening.

The ten shīlas for monks, nuns and novices are:

Śīla (शील) participated in the war between Rāma and Rāvaṇa, on the side of the latter, as mentioned in Svayambhūdeva’s Paumacariu (Padmacarita, Paumacariya or Rāmāyaṇapurāṇa) chapter 57ff. Svayambhū or Svayambhūdeva (8th or 9th century) was a Jain householder who probably lived in Karnataka. His work recounts the popular Rāma story as known from the older work Rāmāyaṇa (written by Vālmīki). Various chapters [mentioning Śīla] are dedicated to the humongous battle whose armies (known as akṣauhiṇīs) consisted of millions of soldiers, horses and elephants, etc.

Śīla (शील) refers to “good conduct” and represents one of the four divisions of dharma, according to chapter 1.1 [ādīśvara-caritra] of Hemacandra’s 11th century Triṣaṣṭiśalākāpuruṣacaritra (“lives of the 63 illustrious persons”): a Sanskrit epic poem narrating the history and legends of sixty-three important persons in Jainism. Accordingly, in the sermon of Sūri Dharmaghoṣa:—“[...] Dharma is so-called from supporting creatures who have fallen into a bad condition of existence. It is fourfold with the divisions of liberality (dāna), good conduct (śīla), penance (tapas), and state of mind (bhāva)”.

Good conduct is defined as the rejection of sinful activities. It is twofold:

Śilā.—(IA 23), [an inscription on] stone. Note: śilā is defined in the “Indian epigraphical glossary” as it can be found on ancient inscriptions commonly written in Sanskrit, Prakrit or Dravidian languages.

śiḷā (शिळा).—f (For śilā) A slab on which condiments &c. are ground; any large flat and hard rock or stone.

śīḷa (शीळ).—f (śilā S) A stone. Used particularly of such stones as are smooth and flat, and are applied to certain purposes;--as a whetstone, a rubbing stone, a levigation-slab, an ablutionstone, a washerman's stone, a threshold stone or sill &c.

śīḷa (शीळ).—n C In casting up an embankment over ground from which the sea is to be excluded gaps are left over the inlets which run up, and these gaps are, subsequently, filled up and taken in. This gap is called śīḷa. v bāndha, daḍaka, bhara, miḷava, phuṭa. On filling up a gap or the gaps a person is appointed to the care and preservation of it or them, and named śiḷōttarāpāṭīla. Sometimes a stone is, with certain rites and forms, buried at the spot, and termed pāṭīla. śīḷa is applied also to the space across the mouth of a river when it is proposed to cast up a bank over it, for the purpose of causing the river to overflow, and thus to prepare the adjacent grounds for the cultivation of rice.

3) The lower timber of a door.

Śila (शिल).—[masculine] an ear of corn left on the field & the gleaning of it.

7) the lower timber of a door, [cf. Lexicographers, esp. such as amarasiṃha, halāyudha, hemacandra, etc.]

8) the top of the pillar supporting a house, [cf. Lexicographers, esp. such as amarasiṃha, halāyudha, hemacandra, etc.]

16) [v.s. ...] a moral precept (with, [Buddhist literature] there are 5 fundamental precepts or rules of moral conduct cf. pañca-śīla), [Monier-Williams’ Buddhism 126]

Notes (f-g): Defilement and Purification of Morality < [Chapter 6 - On Pāramitā]

I. Lists of recollections (anusmṛti or anussati) < [Preliminary note on the Eight Recollections]

Chapter VI - The New Role of Sila in Buddhist Monasticism

Chapter VIII - The Codified Law of the Sangha