Prana means something in Hinduism, Sanskrit, Jainism, Prakrit, the history of ancient India, Marathi, Hindi. If you want to know the exact meaning, history, etymology or English translation of this term then check out the descriptions on this page. Add your comment or reference to a book if you want to contribute to this summary article. 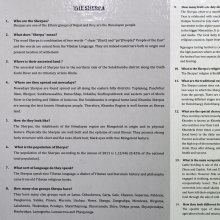 Prāṇa is not mind; it is insentient, but it is not like gross physical energy which catches the vibrations of the mind and transmits them to the nerves and plexuses and also physical vibrations to the mind. By cotnrolling the mind one can control the prāṇa, and by controlling the prāṇa, one can control the mind. According to Śaivāgama, prāṇa is not something alien to saṃvit or consciousness, but the first evolute of saṃvit (consciousness). In the process of creation saṃvit or consciousness is at first transformed into prāṇa. So prāṇa is a phase of consciousness itself.

The word prāṇa is thus used in three senses—

Prāṇa (प्राण) refers to a basic unit of time and equals 24 seconds, while 60 prāṇas corresponds to 1 ghaṭikā/nāḍikā, equalling 24 minutes. The Arcanāṅgavidhi of Pūrvakāmikāgama first details the time measurement used before explaining the pūjā schedule. The Āgama divides a day into eight major time periods, further divided into smaller units. The smallest and most basic unit of time is one svāsa. Sixty svāsa constitute one prāṇa. Sixty prāṇa constitute one ghaṭikā. Calculation is made from sunrise. Seven and a half ghaṭikā is equal to one yāma. A day consists of eight yāma, or sixty ghaṭikā.

1b) A Vasu and a son of Dharma; married Ūrjasvatī. Father of Saha and two other sons.*

1c) A Bhārgava and a sage of the Svārociṣa epoch.*

1f) The antarātma; it is anna or food; anna is Brahmā, etc.; from this grows creatures. (cf. Upaniṣad; also Yajur Veda);1 one of the Vāyus which determine the karma of people;2 is jīva.3

1h) One of the seven seers of the Svārociṣa epoch.*

[«previous (P) next»] — Prana in Ayurveda glossary
Source: Google Books: A Practical Approach to the Science of Ayurveda

Prāṇa (प्राण).—One of the five upadoṣas (sub-functions) of vāta (one of the three biological humors).—

Functions of prāṇa: Perceptions and movements of all kinds, respiratory activity, swallowing of food, conversion of breath into life-force, spitting and sneezing.

Ailments of prāṇa due to vitiation: Hiccoughs, cough, bronchial asthma, cold, sore throat and other respiratory complaints, giddiness, syncope and other neurological disorders.

Prāṇa (प्राण).—Unit of time equal to four sidereal seconds or one-sixth of a vināḍikā. Note: Prāṇa is a Sanskrit technical term used in ancient Indian sciences such as Astronomy, Mathematics and Geometry.

The first prana is known as Prana. It is located between the diaphragm and the throat. This prana is an upward flowing force. It maintains the function of the lungs and heart, and is responsible for inhalation and exhalation, and for the swallowing and regurgitation of food. Although it is an upward moving force in general, it also has the ability to move downward in that region.

[«previous (P) next»] — Prana in Jainism glossary
Source: Encyclopedia of Jainism: Tattvartha Sutra 5: The category of the non-living

Prāṇa (प्राण, “respiration”) according to the 2nd-century Tattvārthasūtra 5.19.—The function of matter (pudgala) is to form the basis of the body (śarīra), the organs of speech (vāc), the mind (manas) and the respiration (prāṇa). What is the meaning of life force (prāṇa)? The cause of the life or to exist in a particular realm is called prāṇa (breathe or respiration).

Prāṇa.—(CII 1), living being; same as prāṇin. (IE 7-1-2), ‘five’. Note: prāṇa is defined in the “Indian epigraphical glossary” as it can be found on ancient inscriptions commonly written in Sanskrit, Prakrit or Dravidian languages.

1) The life or essence of poetry, poetical talent or genius; inspiration.

17) Name of Brahmā, Viṣṇu and other gods.

(-ṇāḥ) The five vital airs or modes of inspiration and expiration collectively. E. pra before, an to breathe, aff. ghañ .

Prāṇa (प्राण).—[masculine] breath, [especially] vital breath, vitality; wind, [especially] one of the winds in the human body; [plural] life, the vital organs or organs of sensation.

11) [v.s. ...] (in Vedānta) the spirit identified with the totality of dreaming spirits, [Vedāntasāra; Religious Thought and Life in India 35] (cf. prāṇātman)

2) Prāṇa (प्राण) [Also spelled pran]:—(nf) life; vital breath, vital air; vitality; soul, spirit; sweetheart; (in Gram.) aspiration in the articulation of letters; -[ādhāra] sweetheart; life-breath; source of sustenance; ~[kara] animating, life-giving, that which infuses life or inspires; ~[kaṣṭa] mortal agony; pain of death; ~[ghāta] killing; assassination; murder; ~[ghātaka] fatal; causing destruction of life; killing; -[tyāga] abandonment of life; resigning of life; expiry, death; -[daṃḍa] capital punishment, punishment of death; ~[da/dāyī] infusing/injecting life, animating, enlivening; ~[dātā] life-giver; one who saves somebody’s life; ~[dāna] a gift of life; saving/sparing somebody’s life; ~[dhana] as dear as life; beloved; ~[dhārī] a living being/organism, a creature; ~[nātha] lord/master of life; husband; ~[nāśa] destruction of life; killing; ~[nāśaka] destroyer of life; mortal, deadly; ~[pati] see ~[nātha; ~pyārā] dear (to soul), beloved, sweetheart; hence ~[pyārī] (nf); ~[pratiṣṭhā] infusion/injectment of life; ceremony of consecrating an idol; ~[prada] life-giving, infusing or imparting life; ~[priya] see ~[pyārā; -bhaya] fear of life; risk of life; ~[maya] full of vitality; endowed with breath of life; a living being; कोश•[ ] the vital or organic case; ~[mūlaka] vital; essential to or concerned with life; ~[mūlakatāvāda] vitalism; vital part of the body; ~[vāyu] vital breath; ~[śakti] vitality; -[saṃśaya] risk of life, fear of life; ~[sama] as dear as life; beloved; ~[hara/hārī] mortal, deadly; causing the end of life; ~[hāni] loss of life; ~[hīna] lifeless, inanimate; —[ānā] to feel relieved of a scare/fear; —[uḍa jānā] to be mortally scared/frightened; to get terribly panicky;—[oṭhoṃ taka ānā] see —[mūṃha ko ānā; —kaṃṭha meṃ ānā] to be mortally afflicted; to be on the verge of death; to be in a frightful suspense; —[kā gāhaka] a seeker after one’s life, destroyer of life; mortally oppressive person; —[gale taka ānā] to be on the verge of death; death to be imminent; to be in a terrible suspense; —[chūṭanā/jānā/nikalanā] the breath to flit or leave the system; to expire, to die; the life to come to an end; —[choḍanā/tyāganā] to abandon life; to expire, to die; —[ḍālanā] to infuse/inject life, to animate; —[denā] to die, to give up life; to love more dearly than life; —[nikalanā] to die, life to cease to exist; -[pakherū uḍa jānā] to kick the bucket, to expire; —[phūṃkanā] to inject life into, to cause to revive; —[bacānā] to save somebody’s life; to get rid of, to evade persecution/painful confrontation; —[muṃha ko] [ānā] to suffer mortal agony; to be in a frightful suspense; —[muṭṭhī meṃ/hathelī para liye phiranā] to be ever-ready to court death; to face all sorts of risks; —[lenā] to kill; to tease/persecute to death; —[sūkhanā] to be in a frightful suspense; [prāṇoṃ se bhī pyārā] dearer than one’s own life, all in all, very very dear; [prāṇoṃ se hātha dhonā] to lose life, to be pushed out of existence; [prāṇoṃ para ā bananā] to be under a risk of life; to be confronted with mortal agony; [prāṇoṃ para khelanā/khela jānā] to risk/stake one’s life.

Contents of the Amṛtanāda Upaniṣad