Venu means something in Buddhism, Pali, Hinduism, Sanskrit, the history of ancient India, Marathi, Jainism, Prakrit, Hindi, biology. If you want to know the exact meaning, history, etymology or English translation of this term then check out the descriptions on this page. Add your comment or reference to a book if you want to contribute to this summary article. 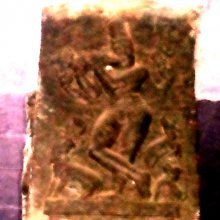 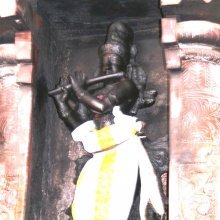 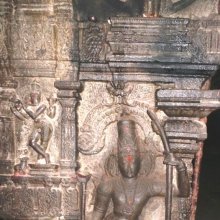 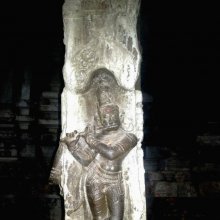 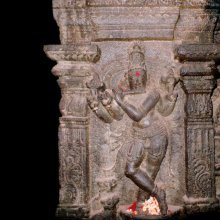 Veṇu (वेणु): a Musical Instrument.—The Ṛgveda mentions Vāṇa and Das. suggests the Veṇu might have been a later corruption of Vāṇa. But there is no definite opinion on this point. In the Jātakas, however, the Veṇu or flute is found to be a popular wind instrument. The epics also mention Veṇu. The Vāyu-purāṇa associates it with the Kurus already mentioned above.

Veṇu (वेणु) refers to a “musical instruments” that existed in ancient Kashmir (Kaśmīra) as mentioned in the Nīlamatapurāṇa.—The Nīlamata says that the land of Kaśmīra was thronged with ever-sportive and joyful people enjoying continuous festivities. Living amidst scenes of sylvan beauty they played, danced and sang to express their joys, to mitigate their pains, to please their gods and to appease their demons.

The Nīlamata refers to Veṇu once only in connection with the celebrations of the Awakening of god Viṣṇu.

Veṇū (वेणू) is a name mentioned in the Mahābhārata (cf. II.48.2) and represents one of the many proper names used for people and places. Note: The Mahābhārata (mentioning Veṇū) is a Sanskrit epic poem consisting of 100,000 ślokas (metrical verses) and is over 2000 years old.

Muraḷi or Veṇu (वेणु) is a flute made, as its name indicates, from a thin and hollow bamboo. In a piece of bamboo, suitably chosen holes are bored in proper places. By blowing in the hole which is near to the closed end and stopping one or more of the other holes with the fingers as required, music of a very high standard of perfection is often elicited from this simple instrument.

Venu or Murali refers to a type of musical instrument, representing one of the several “attributes” (āyudha) or “accessories” of a detiy commonly seen depicted in Hindu iconography, defined according to texts dealing with śilpa (arts and crafs), known as śilpaśāstras.—Venu or Murali is a flute made, as its name indicates, from a thin and hollow bamboo. In a piece of bamboo, suitably chosen, holes are bored in proper places. By blowing in the hole which is near the closed end and stopping one or more of the other holes with the fingers as required, music of a very high standard of perfection is often elicited from this simple instrument.

Veṇu (वेणु) refers to one of the thirty-three alaṃkāras (embellishments), according to the Nāṭyaśāstra chapter 29. These alaṃkāras, or, ‘embellishments of song’, depend upon the four types of varṇas, which refers to a specific order of musical notes (svara). They are attached to the songs of seven forms, although not generally used in the dhruvās.

According to the Nāṭyaśāstra, “veṇu is that in which the tempo (laya) is playlike”.

[«previous (V) next»] — Venu in Shaivism glossary
Source: academia.edu: The Yoga of the Mālinīvijayottaratantra

Veṇu (वेणु) refers to “bamboo” and represents one of the seven forest-products that are fit for oblation according to verse 25.59 of the Īśvarasaṃhitā, dealing with the classification of the places for building the fire-pits (kuṇḍa). Accordingly, “bamboo (veṇu), śyāmāka, nīvāra (wild gram), jartila, gavīdhuka, karkaṭa and kanaka are the seven which grow in the forest. Śāli is important among them. Others are to be taken in its absence, or that of others”.

Veṇu (वेणु) refers to:—(also called pāvika) one of Śrī Kṛṣṇa’s flutes that is very small, not more than nine inches long, with six holes on its body. (cf. Glossary page from Bhajana-Rahasya).

Veṇu (वेणु) or Veṇugītā refers to one of the sixty-four Gītās commonly referred to in Hindu scriptures.—Gītā is the name given to certain sacred writings in verse (often in the form of a dialogue) which are devoted to the exposition of particular religious and theosophical doctrines. Most of these Gītās [i.e., Veṇu-gītā] originate from the Mahābhārata or the various Purāṇas.

Veṇu (वेणु) in the Atharvaveda and later denotes a ‘reed’ of bamboo. It is described in the Taittirīya-saṃhitā as ‘hollow’ (su-ṣira). In the Rigveda it occurs only in a Vālakhilya hymn in a Dānastuti (‘praise of gifts’), where Roth thinks that ‘ flutes of reed ’ are meant, a sense which Veṇu has in the later texts. The Kauṣītaki-brāhmaṇa couples Veṇu with Sasya, stating that they ripen in Vasanta, ‘spring’. Apparently bamboo reeds are meant.

A river in Ceylon, on the way from Anuradhapura to Dakkhinadesa. It lay between the Tissavapi and Jajjaranadi. VibhA. p. 446.

Venu, Vamsa or Kicaka is the name of a tree mentioned in the Kathasaritsagara by Somadeva (10th century A.D).—Venu refers to the “Bamboo-tree” and its woods in the Vindhya mountains and great and marvellous forests on the Hemakuta peak of the Himalaya mountain are mentioned.

Somadeva mentions many rich forests, gardens, various trees (e.g., Venu), creepers medicinal and flowering plants and fruit-bearing trees in the Kathasaritsagara. Travel through the thick, high, impregnable and extensive Vindhya forest is a typical feature of many travel-stories. Somadeva’s writing more or less reflects the life of the people of Northern India during the 11th century. His Kathasaritsagara (‘ocean of streams of story’), mentioning Venu, is a famous Sanskrit epic story revolving around prince Naravahanadatta and his quest to become the emperor of the vidyadharas (celestial beings).

3) Name of a deity of the Bodhi tree, [Lalita-vistara]

4) of a king of the Yādavas, [Mahābhārata]