Tapas means something in Buddhism, Pali, Hinduism, Sanskrit, Jainism, Prakrit, Hindi. If you want to know the exact meaning, history, etymology or English translation of this term then check out the descriptions on this page. Add your comment or reference to a book if you want to contribute to this summary article. 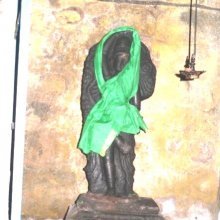 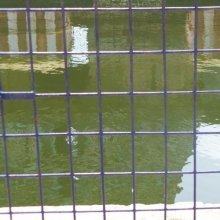 Tapas (तपस्).—According to the Suśruta-saṃhitā sūtrasthāna chapter 5.—The two months known as Tapas and Tapasya (Magha and Phalguna) constitute the season of winter.

Tapas (तपस्):—Penance, the undergoing of religious austerities, the practice of self denial and of meditation and mental concentration helpful to self-denial.

In vedic literature of Hinduism, fusion words based on tapas are widely used to expound several spiritual concepts that develop through heat or inner energy, such as meditation, any process to reach special observations and insights, the spiritual ecstasy of a yogin or tāpasa (a Vriddhi derivative meaning "a practitioner of austerities, an ascetic"), even warmth of sexual intimacy.

In the yogic tradition it is the fire that burns within that is needed for the sanyasi to achieve the very difficult goal of enlightenment, to foster self-control, one mindedness and focus, simplicity, wisdom, integrity. It is used to develop and discipline the body, mind and character; control of mind; satisfaction of all desires - through discipline of body, correct speech, telling only the truth, correct thought, non violence, correct action, love for all, devotion to God, developing the ability to remain tranquil and balanced in every situation, act without any selfish motive or thought of reward, with an unshakable faith in God.

[«previous (T) next»] — Tapas in Theravada glossary
Source: Access to Insight: A Glossary of Pali and Buddhist TermsThe purifying "heat" of meditative practice.

Tapas (तपस्, “penance”) represents one of the seven types of prāyaścitta (‘expiation’). Prāyaścitta means ‘purification’ of from the flaws or transmigressions.

Tapas is a Sanskrit technical term defined in the Tattvārthasūtra (ancient authorative Jain scripture) from the 2nd century, which contains aphorisms dealing with philosophy and the nature of reality.

Tapas (तपस्, “ascetic practices”) as in tapas-mada refers to “pride in one’s ascetic practices” and represents one of the eight forms of vainglory (mada), according to Samantabhadra in his Ratna-Karaṇḍa-śrāvakācāra (with commentary of Prabhācandra). These eight madas are included in the twenty-five blemishes (dṛg-doṣas), which are generally held to be the eight madas, the three mūḍhatās, the six anāyatanas, and the eight doṣas.

1) Tapas (तपस्, “penance”) refers to one of the four divisions of dharma, according to chapter 1.1 [ādīśvara-caritra] of Hemacandra’s 11th century Triṣaṣṭiśalākāpuruṣacaritra (“lives of the 63 illustrious persons”): a Sanskrit epic poem narrating the history and legends of sixty-three important persons in Jainism. Accordingly, in the sermon of Sūri Dharmaghoṣa:—“[...] Dharma is so-called from supporting creatures who have fallen into a bad condition of existence. It is fourfold with the divisions of liberality (dāna), good conduct (śīla), penance (tapas), and state of mind (bhāva)”.

2) Tapas (तपस्, “penance”) refers to one of the ten-fold dharma (i.e., Yatidharma) capable of leading across saṃsāra, according to chapter 3.3.—Accordingly, as Sumatinātha said, “The sources of pride—youth, power, beauty, etc.—have become subdued from penance, like evil spirits of a sorceror reduced to servitude from the power to summon them. Yatidharma, handed down orally by the Blessed Ones, is the best boat without impediments for crossing the ocean of saṃsāra. [...] Austerities (tapas) are twofold, outer and inner, as follows: complete fasting, partial fasting, limitation of food, giving up choice food, bodily austerities, and avoidance of unnecessary motion are called outer austerities; confession and penance, service to others, study (of sacred texts), reverence, indifference to the body (vyutsarga=kāyotsarga), pure meditation are the six inner austerities. [...] So the ten-fold dharma, like a spotless wishing-jewel, capable of leading across saṃsāra, is attained in the world by merit”.

Tapas (तपस्).—What is meant by penance-expiation (tapas-prāyaścitta)? Observing fast and other types of external austerities for purification of the flaws committed is called penance-expiation.

Tapas-ṛddhi (extraordinary power of austerity) is of seven types namely:

Tapas (तपस्) refers to “austerities”, according to Pūjyapāda’s Sarvārthasiddhi.—Accordingly, “[...] Even with renunciation of worldly pleasures, meditation accompanied by austerities (tapas-bhāvana), propagation of true faith, and auspicious death are rare. If these are achieved, then the attainment of enlightenment has borne fruit. By contemplating on the difficulty in attaining true faith, one does not become negligent after attaining this rare jewel”.

7) One of the seven worlds; i. e. the region above the world called जनस् (janas).

8) The month of religious austerities.

1) (In astrol.) The ninth lunar mansion.

(-paḥ) 1. Religious austerity, penance, mortification, the practice of mental or personal self-denial, or the infliction of bodily tortures. 2. A world, the region above the Janaloka, inhabited by saints or devotees after death. 3. Virtue, moral merit. 4. Duty, the special observance of certain things: thus the Tapas of a Brahman is sacred learning; of a Kshetrya, the protection of subject; of a Vaisya, almsgiving to Brahmans; of a Sudra, the service of the same tribe; and of a Rishi or saint, feeding upon herbs and roots. E. tap to heat or inflame, affix asun.

Tapas (तपस्) in the Sanskrit language is related to the Prakrit word: Tava.