Himalaya means something in Buddhism, Pali, Hinduism, Sanskrit, the history of ancient India, Marathi, Hindi. If you want to know the exact meaning, history, etymology or English translation of this term then check out the descriptions on this page. Add your comment or reference to a book if you want to contribute to this summary article. 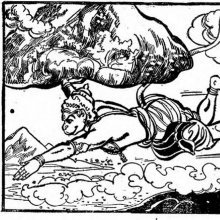 Himālaya (हिमालय) is a Sanskrit word referring to one of the sixty-eight places hosting a svāyambhuvaliṅga, one of the most sacred of liṅgas according to the Śaivāgamas. The presiding deity residing over the liṅga in this place (Himālaya) is named Rudrarudra. The list of sixty-eight svāyambhuvaliṅgas is found in the commentary of the Jirṇoddhāra-daśaka by Nigamajñānadeva. The word liṅga refers to a symbol used in the worship of Śiva and is used thoughout Śaiva literature, such as the sacred Āgamas.

Himālaya is one of the eighty-four Siddhas associated with eighty-four Yogic postures (āsanas), according to popular tradition in Jodhpur, Rājasthān. These posture-performing Siddhas are drawn from illustrative sources known as the Nava-nātha-caurāsī-siddha from Vȧrāṇasī and the Nava-nātha-caruāsī-siddha-bālāsundarī-yogamāyā from Puṇe. They bear some similarity between the eighty-four Siddhas painted on the walls of the sanctum of the temple in Mahāmandir.

The names of these Siddhas (e.g., Himālaya) to 19th-century inscription on a painting from Jodhpur, which is labelled as “Maharaja Mansing and eighty-four Yogis”. The association of Siddhas with yogis reveals the tradition of seeing Matsyendra and his disciple Gorakṣa as the founders of haṭhayoga.

[«previous (H) next»] — Himalaya in Kavya glossary
Source: Shodhganga: The Kavyamimamsa of Rajasekhara

Himālayā (हिमालया) is another name for Bhūmyāmalakī, a medicinal plant identified with Phyllanthus urinaria Linn. (synonym Phyllanthus niruri Hook f.) or “chamber bitter” from the Phyllanthaceae family of flowering plants, according to verse 5.91-93 of the 13th-century Raj Nighantu or Rājanighaṇṭu. The fifth chapter (parpaṭādi-varga) of this book enumerates sixty varieties of smaller plants (kṣudra-kṣupa). Together with the names Himālayā and Bhūmyāmalakī, there are a total of nineteen Sanskrit synonyms identified for this plant.

Himālaya is one of the twenty-four pīṭhas, or ‘sacred-site’ (six lotuses each having six petals), each corresponding with a part of the human body. Himālaya is to be contemplated as situated in the reproductive organs (just as with Pretapurī). Besides being associated with a bodily spot, each pīṭha represents an actual place of ancient India frequented particularly by advanced tantric practitioners

Himālaya (हिमालय) is one of the two Upacchandoha (‘sacred spot’) present within the Vākcakra (‘circle of word’) which is associated with the Ḍākinī named Bhūcarī (‘a woman going on the ground’), according to the 9th-centruy Vajraḍākatantra. Vākcakra is one of three Cakras within the Tricakra system which embodies twenty-four sacred spots or districts (viz., Himālaya) resided over by twenty-four ‘sacred girls’ (ḍākinīs) whose husbands abide in one’s body in the form of twenty-four ingredients (dhātu) of one’s body. Himālaya is identified with Himagiri in the Vajraḍākavivṛti.

Himālaya (हिमालय) is the pīṭha associated with Khagānanā and Virupākṣa, according to the Cakrasaṃvara-maṇḍala or Saṃvaramaṇḍala of Abhayākaragupta’s Niṣpannayogāvalī, p. 45 and n. 145; (Cf. Cakrasaṃvaratantra, Gray, David B., 2007).—The Cakrasaṃvara mandala has a total of sixty-two deities. [...] Three concentric circles going outward, the body, speech and mind wheels (kāya-vāka-citta), in the order: mind (blue), speech (red), and body (white), with eight Ḍākinīs each in non-dual union with their Ḍākas, "male consorts".

Himālaya (हिमालय) is the name of an ancient locality identified with “Mount Kailāsa” according to Nāropāda (11th century A.D.). He is known for identifying unnatural or obscure names mentioned by the Cakrasaṃvara scriptures.

himālaya (हिमालय).—m (S hima & ālaya Place.) The Himala or Himalaya range of mountains bounding India on the north, and separating it from Tartary, the Imaus or Emodus of the ancients. It gives rise to the Ganges, the Indus, the Brahmaputra, and many other considerable rivers.

Himālaya (हिमालय).—m. (-ya) The Himalaya range of mountains, which bounds India on the north, and separates it from Tartary; the Imaus and Emodus of the ancients, giving rise to the Ganges, and Indus, and many other considerable rivers, and containing the highest elevations in the world: in mythology, the mountain is personified as the husband of Menaka, and the father of Ganga or the Ganges, and Durga or Uma in her descent as Parvati, the mountain nymph, to captivate Siva, and withdraw him from a course of ascetic austerity practised in those regions. E. hima cold, or frost and snow, and ālaya abode.

1) Himālaya (हिमालय):—[from hima > him] a m. ‘abode of snow’, the Himālaya range of mountains (bounding India on the north and containing the highest elevations in the world; in mythology personified as husband of Menā or Menakā [by whom he had a son Maināka] and father of Pārvatī, ‘daughter of the Mountain’, and of Gaṅgā, who, as the personified Ganges, is generally regarded as his eldest daughter), [Bhagavad-gītā; Kāvya literature] etc.

Appendix 2 - Identification of Geographical names mentioned in the Kāvyamīmāṃsā 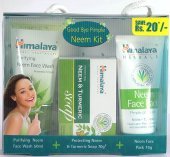