Goraksha means something in Buddhism, Pali, Hinduism, Sanskrit, Marathi, biology. If you want to know the exact meaning, history, etymology or English translation of this term then check out the descriptions on this page. Add your comment or reference to a book if you want to contribute to this summary article.

The Sanskrit term Gorakṣa can be transliterated into English as Goraksa or Goraksha, using the IAST transliteration scheme (?). 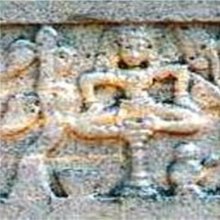 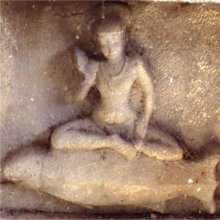 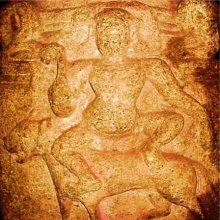 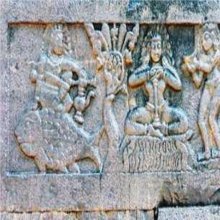 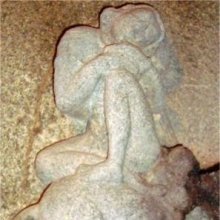 1) Gorakṣa (गोरक्ष) is the disciple of Vikarāla: a teacher to whom the Kāpālika doctrine was revelead, mentioned in the Śābaratantra. The Śābara-tantra is an early tantra of the Kāpālika sect containing important information about the evolution of the Nātha sect. It also lists the twelve original Kāpālika teachers and their disciples (eg., Gorakṣa). Several of these names appear in the Nātha lists of eighty-four Siddhas and nine Nāthas.

2) Gorakṣa is the name of one of the eighteen Siddhars mentioned in the Abhidāna-cintāmaṇi, a 12th century lexicon by Hemacandra. The Siddhars refers to ancient intellectuals of Tamil Nadu and are the teachers of Siddha medicine: an ancient practice of South-India claiming to over 8,000 years old.

According to tradition, Nandi and Agastya learnt the Siddha system of medicine and Śivayoga from Śiva, and imparted it to a number of disciples (eg., Gorakṣa). These Siddhars are united by their philosophy, accepting the human body as the microcosm of the universe, and seeing the human evolution as the ultimate accomplishment of the regenerative power of the Universe.

Goraksha (गोरक्स्ह) literally means protector of herd. He has the distinction of founding the largest sect of yogins in India. The followers of Gorakṣa are popularly known as nāths, yogis (jogis), Gorakhnāthis and Kānphaṭas. They are very familiar for their large ear-rings, usually of bone, that give them the name ‘Split ears’ (Kānphaṭa).

Gorakṣā (गोरक्षा) refers to the “protection of cows”, according to the Netratantra of Kṣemarāja: a Śaiva text from the 9th century in which Śiva (Bhairava) teaches Pārvatī topics such as metaphysics, cosmology, and soteriology.—Accordingly, [verse 10.7cd-17ab, while describing the worship of Bhairavī and Bhairava]—“[...] One should always worship [in times of] peace and prosperity, to suppress sickness and vice, [which are] the root cause of wasting away, [and] for the protection of cows (gorakṣā—gobrahmaṇeṣu rakṣārthaṃ), Brahmins, and men. One meditates on [Bhairava] as having equal radiance to snow, jasmine, the moon, or pearls. [He is] as clear as the curved moon and similar to immovable quartz. [He is] clear like the burning of the end of time, resembles a flower on the sacred tree, appears red like innumerable suns or, rather, red like a lotus. [...]”.

Gorakṣa is one of the eighty-four Siddhas associated with eighty-four Yogic postures (āsanas), according to popular tradition in Jodhpur, Rājasthān. These posture-performing Siddhas are drawn from illustrative sources known as the Nava-nātha-caurāsī-siddha from Vȧrāṇasī and the Nava-nātha-caruāsī-siddha-bālāsundarī-yogamāyā from Puṇe. They bear some similarity between the eighty-four Siddhas painted on the walls of the sanctum of the temple in Mahāmandir.

The names of these Siddhas (e.g., Gorakṣa) to 19th-century inscription on a painting from Jodhpur, which is labelled as “Maharaja Mansing and eighty-four Yogis”. The association of Siddhas with yogis reveals the tradition of seeing Matsyendra and his disciple Gorakṣa as the founders of haṭhayoga.

Gorakṣa (गोरक्ष) is another name for Ṛṣabhaka, a medicinal plant possibly identified with Microstylis muscifera Ridley which is a synonym of Malaxis muscifera (Lindl.) or “fly bearing malaxis” from the Orchidaceae or “orchid” family of flowering plants, according to verse 5.14-16 of the 13th-century Raj Nighantu or Rājanighaṇṭu. The fifth chapter (parpaṭādi-varga) of this book enumerates sixty varieties of smaller plants (kṣudra-kṣupa). Together with the names Gorakṣa and Ṛṣabhaka, there are a total of twenty Sanskrit synonyms identified for this plant.

Gorakṣa is the name of a mahāsiddha, of which eighty-four in total are recognized in Vajrayāna (tantric buddhism). His title is “the immortal wowherd”. He lived somewhere between the 8th and the 12th century AD.

These mahāsiddhas (e.g., Gorakṣa) are defined according to the Abhayadatta Sri (possibly Abhayākaragupta) tradition. Its textual origin traces to the 11th century caturāsiti-siddha-pravṛtti, or “the lives of the eighty-four siddhas”, of which only Tibetan translations remains. Mīnapa (and other Mahāsiddhas) are the ancient propounders of the textual tradition of tantric or Vajrayana Buddhism.

Gorakṣa is a Sanskrit compound consisting of the terms go and rakṣa (रक्ष).

(-kṣaḥ-kṣā-kṣaṃ) A cow keeper, the cherisher or preserver of kine. m.

Gorakṣa is a Sanskrit compound consisting of the terms go and rakṣa (रक्ष).

1) [noun] one who tends and guards cows; a cowherd.