Cara means something in Hinduism, Sanskrit, Buddhism, Pali, the history of ancient India, Marathi, Jainism, Prakrit, Hindi. If you want to know the exact meaning, history, etymology or English translation of this term then check out the descriptions on this page. Add your comment or reference to a book if you want to contribute to this summary article.

Alternative spellings of this word include Chara. 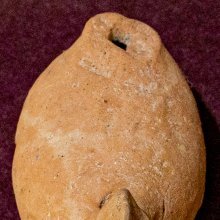 Cāra (चार) refers to “spy” (a man who, keeping his real character concealed, comes to know what is done and what is not done by others). The word is used throughout Dharmaśāstra literature such as the Manusmṛti. (See the Manubhāṣya 8.116)

2) Cāra (चार).—The spy in different disguises to be sent over his kingdom and that of the enemy; king not to act on the report of a single Cāra; the source of the kingdom; Cāracakṣu is the king.*

Cara (चर).—Ascensional difference. It is defined by the arc of the celestial equator lying between the six o'clock circle and the hour circle of a heavenly body at rising. Note: Cara is a Sanskrit technical term used in ancient Indian sciences such as Astronomy, Mathematics and Geometry.

1) Cāra (चार) refers to “actions” (cf. Cara, ‘movement’), according to the Śrīmatottara-tantra, an expansion of the Kubjikāmatatantra: the earliest popular and most authoritative Tantra of the Kubjikā cult.—Accordingly, “By the practice of the Yoga of Stillness [i.e., nirācārayoga], one obtains the fruit. She whose nature is movement (cara) moves, (and her movement is) divided into (downward) motion (cāra) and upward motion (uccāra). That should be known as Stillness (nirācāra). Stillness is not other (than this). (This is) where actions (cāra) cease along with the activities (karman) of speech, mind, and body. When a pure (nirmala) state arises, that is said to be Stillness”.

2) Cāra (चार) refers to the “motionless” quality of the Void, according to the Manthānabhairavatantra, a vast sprawling work that belongs to a corpus of Tantric texts concerned with the worship of the goddess Kubjikā.—Accorindly, as the God teaches the Goddess how to make mantras effective: “Contemplate the Void that is the Self at one with you and, established in the lotus of the heart, (shines) like pure crystal, motionless (cāra) and devoid of utterance (uccāra), burning with its own radiant energy (tejas). (Contemplate it) rising like the solar orb by means of (the rise of Kuṇḍalinī which is) the Yoga of the practice of Suṣumṇā. [...]”.

3) Cāra (चार) refers to the “movement” (i.e., activity of the vital breath), according to the Ṣaṭsāhasrasaṃhitā, an expansion of the Kubjikāmatatantra: the earliest popular and most authoritative Tantra of the Kubjikā cult.—Accordingly, “Mālinī of the Void (vyomamālinī) abides (both) as one and as many divisions (vibhāga). The End of the Twelve is the Void which (is the abode of Mālinī that, as) the Self, is the nectar (Mālinī showers down below). (Thus Mālinī) resides in the midst of the ocean of nectar and, residing in the movement (cāra) (of the vital breath) [i.e., cāra-stha], she is the one who impels (its) motion (cāravāhinī). 'Movement' is said to be the activity of the vital breath (prāṇagati). Thus she who, residing there, impels (it, is said to be) the one who impels (its) motion (cāravāhinī)”.

Cara.—(CII 4), a spy. Note: cara is defined in the “Indian epigraphical glossary” as it can be found on ancient inscriptions commonly written in Sanskrit, Prakrit or Dravidian languages.

Cāra.—(IE 8-3; EI 26), a spy; same as Cara; sometimes used in place of Cāṭa. (EI 15), cf. a-cāra-asana-carm-āṅgāra (IE 8-5), probably, passage [of royal officers through a village]; cf. also a-pār- āsana-carm-āṅgāra with pāra (probably, ferrying) instead of cāra. Note: cāra is defined in the “Indian epigraphical glossary” as it can be found on ancient inscriptions commonly written in Sanskrit, Prakrit or Dravidian languages.

cara (चर).—n (S) The difference of time between the rising of a heavenly body at laṅkā (over which the first meridian passes), and that of its rising at any particular place, ascensional difference. 2 In astrology. Monday.

cara (चर).—a (S) Locomotive, moving, going. Ex. caradravya Moveables, goods and chattels; jalacara water-going; khacara heaven-going; bhūcara, vanacara &c. 2 An epithet for certain mansions of the moon and for a division of the signs of the zodiac; viz. for Aries, Cancer, Libra, Capricornus. Whatever is to be accomplished with expedition is to be done under these signs; but not that of which the permanency is desired. Of the lunar asterisms, of the signs of the zodiac, of the lagma or signs of the oblique ascension, and of the vēḷā or divisions of time, three departments are made, named severally cara or carasvabhāva, sthira or sthira svabhāva, & dvisvabhāva, moving, stationary, partaking of the two. The cara signs are mēṣa, karka, tulā, makara; the sthira signs are vṛṣabha, siṃha, kumbha, vṛścika; the dvisvabhāva are mithuna, kanyā, dhana, mīna. 3 Laxly. That is on the move or wing; that is about to start.

cara (चर).—m (caraṇēṃ or cāraṇa S) Spreading (as of an ulcer or a sore, as of a liquor under capillary attraction). v ghē.

cāra (चार).—f Young green grass. 2 Any thing green (leaves &c.) considered as food for cattle. 3 m A tree, Chirongia sapida, or, according to Graham, Buchanania latifolia. 4 The shreds or filamentous substance around the pulp of the jack. 5 n R The seed of Chirongia sapida. 6 An inferior kind of bāraphaḷa or jujube. The tree is called cārācēṃ jhāḍa.

cāra (चार).—a Add:--This word, written as cāraṃ or cyāraṃ, from the Persian Fourth, is much used in papers of Revenue, in the sense of (Land or soil) of the fourth quality.

2) Following, practising (at the end of comp.).

3) A game played with dice and men.

7) The seventh Karaṇa in astrology.

9) The difference of time between two meridians.

1) The first, fourth, seventh, and tenth signs of the zodiac.

15) [v.s. ...] in [astronomy], read, ‘the difference of time between the rising of a heavenly body at Laṅkā or Ceylon, over which the first meridian passes, and that of its rising at any [particular] place’.

Cara (चर) in the Sanskrit language is related to the Prakrit words: Cara, Cāra, Cira, Cirāva.

2) Cāra (चार) [Also spelled char]:—(a) four; several, a few; (nm) the number four; spying; ~[karma] spying; intelligence work; ~[khānā] chequered cloth; ~[dīvāra] fence walls, four walls; ~[dīvārī] boundary, four walls; —[dhāma] see [caturdhāma] under [catur; —padārtha] the four achievements for which man aspires (viz. [dharma, artha, kāma, mokṣa]); —[akṣara paḍhanā] to gain smattering Knowledge, to learn a modicum of (something); —[āṃkheṃ karanā] to exchange glances, to meet eye with eye; to come face to face; —[āṃkhe honā] to be face to face, to see each other; —[ādamī] people in general; representatives of the community; —[kadama] a short distance; —[kadama āge honā] to be superior to, to excel, to be more than a match; to be ahead of; —[ke kaṃdha/kaṃdhoṃ para caḍhanā] to be taken in a coffin, to perform the last journey; —[ke kāna paḍanā] to become public, to become known; —[cāṃda laganā] to have a feather added to one’s cap; to become more charming than ever; —[dina kā] short-lived, transient; —[dina kā mehamāna] having a fleeting existence, faced with imminent death, destined to die shortly; —[dina kī cāṃdanī] a fleeting existence; a nine days' wonder, a limited period of merry-making; —[paise kamānā] to make some earning; [cāroṃ ora aṃdherā] bad to be the best; [cāroṃ khāne citta giranā] lit. to fall at full stretch—to be beaten all ends up; to be thoroughly vanquished; to be down and out; to set one’s foot on the neck of; to lose one’s wits; [cāroṃ cūla barābara] all square; fit all round; [cāroṃ phuṭanā] to suffer total blindness; to lose one’s mental as well as physical vision.

1) Cara (चर) in the Prakrit language is related to the Sanskrit word: Car.