India means something in Hinduism, Sanskrit, Jainism, Prakrit, the history of ancient India, biology. If you want to know the exact meaning, history, etymology or English translation of this term then check out the descriptions on this page. Add your comment or reference to a book if you want to contribute to this summary article. 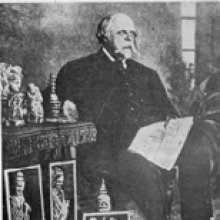 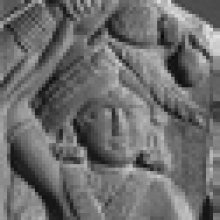 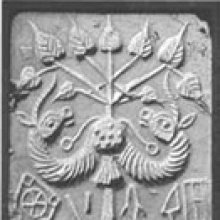 [«previous (I) next»] — India in Hinduism glossary
Source: archive.org: The Caraka Samhita (h)

India was a nation of scholars in old days as the west is a nation of scholars at present. The forest Ashramas (dwellings) gradually grew to be the centres of the highest Aryan learning. Though deeply absorbed in, metaphysical studies, the Rishis’ experience of worldly life won them high reputation as teachers for the younger generation. [...] The Vedic Rishis not only composed hymns and performed sacrifices but fought their wars and ploughed their fields. Their martial spirit was for a long time kept alive by the necessity of holding their own against the enemy. The mild climate and fertile soil of the country bringing the means of subsistence within easy reach made the struggle for existence in India an easy one. Besides the lofty mountains and the seas shutting the country off for a long time from outside influences gave the Indian culture a unique character. The peculiar environmental conditions of India have tended to make her people more meditative and philosophical.

[«previous (I) next»] — India in Jainism glossary
Source: University of Cambridge: Jainism

India (इन्दिअ) in Prakrit refers to “senses” and represents one of the twenty-four Daṇḍakas (“parameters relating to the description of living beings”).—The most common list of daṇḍakas has 24 terms in Prakrit. This has been the starting point of a variety of works, among which the Caturviṃśatidaṇḍaka by Gajasāra stands as a classic.

[«previous (I) next»] — India in India history glossary
Source: archive.org: Personal and geographical names in the Gupta inscriptions

India.—The word ‘India’ is derived from the river Sindhu or the Indus. Sindhu is the name of a river mentioned in the Gupta inscription No. 20. The Gupta empire (r. 3rd-century CE), founded by Śrī Gupta, covered much of ancient India and embraced the Dharmic religions such as Hinduism, Buddhism and Jainism.

India (at the time of the Buddha) was divided into small independent kingdoms. Of these kingdoms Magadha under Bimbisāra and Ajātasattu, Kosala under Pasenadi, Avanti under Pajjota, and Kosambī under Udena, played important roles in the political drama of India in the sixth and fifth centuries B.C.

Search found 298 books and stories containing India; (plurals include: Indias). You can also click to the full overview containing English textual excerpts. Below are direct links for the most relevant articles:

5. Thonmi Sambhota; the Time and the Place < [Chapter 5 - Tibetan Language and Writing System]

Puppetry in Assam (by Gitali Saikia)

Puppetry as a Folk Drama < [Chapter 2]

Preface < [Discourse 1 - India and Her People]

Chapter 5 - Education in India < [Discourse 1 - India and Her People]

Forest Honey: Pure, Fresh Honey, from the Forests of India