Nirvana means something in Buddhism, Pali, Hinduism, Sanskrit, the history of ancient India, Marathi, Hindi. If you want to know the exact meaning, history, etymology or English translation of this term then check out the descriptions on this page. Add your comment or reference to a book if you want to contribute to this summary article.

Alternative spellings of this word include Nirvan. 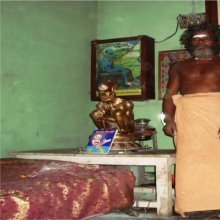 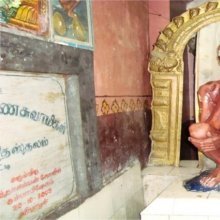 Nirvāṇa is a term used in Hinduism, Jainism, Buddhism, and Sikhism. It leads to mokṣa, liberation from samsara, or release from a state of suffering, after an often lengthy period of bhāvanā or sādhanā.

In Jainism, mokṣa (liberation) follows nirvāṇa. Nirvana means final release from the karmic bondage. An arhat becomes a siddha ("one who is accomplished") after nirvāṇa. When an enlightened human, such as an arihant or a Tirthankara, extinguishes his remaining aghatiya karmas and thus ends his worldly existence, it is called nirvāṇa. Jains celebrate Diwali as the day of nirvāṇa of Mahavira.

Hinduism: According to Zaehner and "many commentators", nirvana is a Buddhist term rather than a Hindu term. The term nirvana was not used in Hinduism prior to its use in the Bhagavad Gita, though according to van Buitenen the use of the term was not confined to Buddhism at the time the Bhagavad Gita was written. According to Johnson the use of the term nirvana is borrowed from the Buddhists to link the Buddhist state of liberation with Brahman, the supreme or absolute principle of the Upaniṣads and the Vedic tradition.

Nirvāṇa (निर्वाण) refers to “deliverance”, according to the 2nd century Mahāprajñāpāramitāśāstra chapter XLVIII. Accordingly, “the path of nirvāṇa is a path of deliverance, of detachment in regard to the threefold world, of renunciation of the five objects of sensory enjoyment, of the taste of the trances and absorptions felt in the material world, the world of form and the formless world. This detachment follows a pure wisdom which cannot be acquired without the support of samādhi”.

Peace; Nibbana is the unconditioned dhamma, visankhara dhamma or asankhata dhamma; it does not arise and fall away. Nibbana is the object of the supramundane citta, lokuttara citta, arising at the moment of enlightenment.

[«previous (N) next»] — Nirvana in Buddhism glossary
Source: Buddhist Door: GlossaryNirvana is a Sanskrit word which is originally translated as "perfect stillness". It has many other meanings, such as liberation, eternal bliss, tranquil extinction, extinction of individual existence, unconditioned, no rebirth, calm joy, etc. It is usually described as transmigration to "extinction", but the meaning given to "extinction" varies. There are four kinds of Nirvana: 1. Nirvana of pure, clear self nature 2. Nirvana with residue 3. Nirvana without residue 4. Nirvana of no dwelling Source: Shambala Publications: General

Nirvāna Skt., lit., “extinction” (Pali, nibbāna; Jap., nehan); the goal of spiritual practice in all branches of Buddhism. In the un­derstanding of early Buddhism, it is departure from the cycle of rebirths (samsāra) and entry into an entirely different mode of existence. It requires complete overcoming of the three un­wholesome roots—desire, hatred, and delusion, and the coming to rest of active volition. It means freedom from the determining effect of karma. Nirvāna is unconditioned (asamskrita); its characteris­tic mark is the absence of arising, subsisting, changing, and passing away.

In Mahāyāna, the notion of nirvāna under­goes a change that may be attributed to the in­troduction of the bodhisattva ideal and an emphasis on the unified nature of the world. Nirvāna is conceived as oneness with the abso­lute, the unity of samsāra and transcendence. It is also described as dwelling in the experience of the absolute, bliss in cognizing one’s identity with the absolute, and as freedom from attach­ment to illusions, affects, and desires.

In the West nirvāna has often been misunder­stood as mere annihilation; even in early Bud­dhism it was not so conceived. In many texts, to explain what is described as nirvāna, the simi­le of extinguishing a flame is used. The fire that goes out does not pass away, but merely be­comes invisible by passing into space; thus the term nirvāna does not indicate annihilation but rather entry into another mode of existence. The fire comes forth from space and returns back into it; thus nirvāna is a spiri­tual event that takes place in time but is also, in an unmanifest and imperishable sphere, always already there. This is the “abode of immortali­ty,” which is not spatially localizable, but is rather transcendent, supramundane, and only accessible to mystical expe­rience. Thus in early Buddhism, nirvāna is not seen in a positive relation to the world but is only a place of salvation.

In some places in the sūtras an expression is used for nirvāna that means “bliss,” but far more often nirvāna is characterized merely as a process or state of cessation of suffering (duhkha). This should not, however, be regarded as proof of a nihilistic attitude; it is rather an in­dication of the inadequacy of words to represent the nature of nirvāna, which is beyond speech and thought, in a positive manner. As a positive statement concerning nirvāna, only an indica­tion concerning its not being nothing is possible. For Buddhism, which sees all of existence as rid­den with suffering, nirvāna interpreted as the cessation of suffering suffices as a goal for the spiritual effort; for spiritual practice it is irrele­vant whether nirvāna is a positive state or mere annihilation. For this reason the Buddha de­clined to make any statement concerning the na­ture of nirvāna.

nirvāṇa [nibbāna] emancipation. Nirvāṇa, the summum bonum of Buddhism is an unconditioned dharma (asaṃskṛta dharma). 'Nir' is a negative particle. 'Vā' means to blow. The word nirvāṇa means extinction, the condition of being blown out; the state in which the fire (of defilements) has been extinguished. The primitive Buddhist Sūtra-s define nirvāṇa as the extinction of greed, anger and ignorance. One of the etymologies of nirvāṇa is given as 'no forest' (nir-vana), that is, absence of the jungle of defilements.

The four aspects of nirvāṇa are

Nirvāṇa with residue means freedom from defilements and from future births. After attaining this nirvāṇa the physical body in the present birth still exists as a result of past karma. It is called sopādhiśeṣa nirvāṇa because the groups of existence -- mind and body (upādhi) -- still remain. This aspect is attained by an Arhat during his life.

Nirvāṇa.—(CII 3), annihilation of human passion; a stage in the Buddhist practices, anterior to parinirvāṇa or complete annihilation of personal existence by absorption into the all- pervading spirit. (HA), same as mokṣa; liberation from all bondage includ- ing that of this earthly body; the death of the Jinas or monks who have obtained kevala-jñāna. Note: nirvāṇa is defined in the “Indian epigraphical glossary” as it can be found on ancient inscriptions commonly written in Sanskrit, Prakrit or Dravidian languages.

nirvāṇa (निर्वाण).—n (S) Extremity or extreme distress; the state of one reduced to his last resource. 2 fig. Death. 3 The ultimatum of man,--emancipation from matter and reunion with the Deity. ni0 karaṇēṃ To do to extremity or the utmost; to carry to excess or to its farthest bounds. Ex. parakāraṇī vēcilē prāṇa || ēkādaśī kēlī ni0 ॥.

(-ṇaṃ) 1. Eternal happiness, emancipation from matter, and reunion with the deity; it is especially employed in this sense by the Baud'has and Jains, understanding by it perfect and perpetual calm. 2. Setting, disappearing, departure. 3. Refraining, desisting, leaving off, cessation. 4. Union, association, blending, confluence. 5. Bathing or plunging of an elephant. 6. Repose. 7. Vacuity, vacnum or space. 8. Instructing in science. E. nir before, vāṇ to blow, etc. affix kta, deriv. irr. or nir neg. vāṇa an arrow or nir + vā-kta .

Nirvana is a Sanskrit compound consisting of the terms nis and vana (वन).

7) [v.s. ...] n. blowing out, extinction, cessation, setting, vanishing, disappearance (ṇaṃ-√kṛ, to make away with anything id est. not to keep one’s promise)

8) [v.s. ...] extinction of the flame of life, dissolution, death or final emancipation from matter and re-union with the Supreme Spirit, [Mahābhārata] etc. etc.

9) [v.s. ...] (with Buddhists and Jainas) absolute extinction or annihilation (= śūnya, [cf. Lexicographers, esp. such as amarasiṃha, halāyudha, hemacandra, etc.]) of individual existence or of all desires and passions, [Monier-Williams’ Buddhism 137-139 etc.]

Nirvāṇa (निर्वाण) in the Sanskrit language is related to the Prakrit words: Ṇivvāṇa, Ṇivvāya.

2) [noun] the act or an instance of going out of others sight; disappearance.

4) [noun] emancipation of the soul from the cycle of births and deaths.

6) [noun] the state of being completed, accomplished.

8) [noun] the quality or condition of being nothing or not existing; non-existence or extinction; nothingness.

9) [noun] the condition of being naked; nakedness.

11) [noun] the concluding part of the day; evening.

16) [noun] (Buddh.) a release from the clutches of worldliness such as distress, grief, wretchedness, etc.

Chapter XV - On the Parable of the Moon < [Section Two]

Chapter XXI - The Transcendent Powers of the Tathāgata