Devata means something in Buddhism, Pali, Hinduism, Sanskrit, Jainism, Prakrit, Marathi, Hindi. If you want to know the exact meaning, history, etymology or English translation of this term then check out the descriptions on this page. Add your comment or reference to a book if you want to contribute to this summary article. 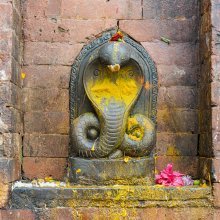 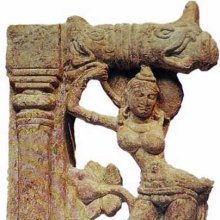 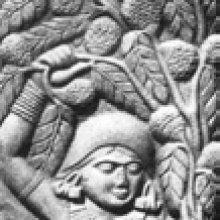 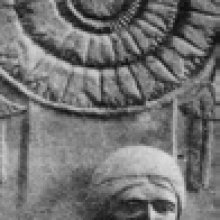 Devatā (देवता):—Mitra is the Devatātman,—the Shining One, the Intelligence, the Self identifying Himself with, and manifesting Himself as, day and prāṇa or upward current of life-breath. Varuṇa is the Intelligence concerned with night and apāna or downward current of life-breath, Aryaman with the eye and the sun, Indra with strength, Bṛhaspati with speech and buddhi or intellect, Viṣṇu with the feet. These and others are the Devatās working in the individual organism.

May all these Devatās be propitious to us. It is only when these are propitious to us that wisdom can be studied, retained in memory and imparted to others without any obstacle. Hence the prayer to them to be propitious. (See Taittirīya-Upaniṣad 1.1 with Śaṅkarāchārya’s commentary)

Devatā (देवता) refers to “(all the) Gods”, according to the 9th-century Sarvajñānottaratantra chapter 18.—Accordingly, “Next, I shall teach the best observance among observances, which is known as the Śiva-vrata and which is revered by Asuras and Gods alike. [...] Next, I shall teach the characteristics of a temple of Śiva, as well as [how to perform] the installation of the liṅga, in which the universe is [itself] ‘installed’. All the gods (devatā), beginning with Brahmā, reside in the Liṅga; therefore a Yogin who venerates his guru, God and the fire and who has performed his vidyāvrata should install the liṅga, following the procedure taught in scripture. [...]”.

Devatā (देवता) refers to the “deities (of the seats)”, according to the Amṛtasiddhi, a 12th-century text belonging to the Haṭhayoga textual tradition.—Accordingly, “There are oceans, rivers, regions [and] guardians of the regions; gathering places, sacred sites, seats [of deities and] the deities of the seats (pīṭha-devatā)”.

Devatā (देवता) refers to one of the female Śrāvakas mentioned as attending the teachings in the 6th century Mañjuśrīmūlakalpa: one of the largest Kriyā Tantras devoted to Mañjuśrī (the Bodhisattva of wisdom) representing an encyclopedia of knowledge primarily concerned with ritualistic elements in Buddhism. The teachings in this text originate from Mañjuśrī and were taught to and by Buddha Śākyamuni in the presence of a large audience (including Devatā).

Devatā (देवता, “celestial beings”) refers to “attributing faults the celestial beings” and is one of the causes leading to the influx (āsrana) of faith-deluding (darśana-mohanīya) karmas.

Devatā is a Sanskrit technical term defined in the Tattvārthasūtra (ancient authorative Jain scripture) from the 2nd century, which contains aphorisms dealing with philosophy and the nature of reality.

(-tā) 1. A god, a deity or divine being. 2. Divinity; see devatva. E. deva divine, svārthe tal affix of the abstract: in the first case, an added; of whom the attribute is divinity.

Devatā (देवता) in the Sanskrit language is related to the Prakrit word: Devayā.

Chapter IX - About Beings In The Realm Of Ghosts

Chapter III - The Story Of The White-robed Upasaka