Madhuka means something in Hinduism, Sanskrit, Buddhism, Pali, Hindi, biology. If you want to know the exact meaning, history, etymology or English translation of this term then check out the descriptions on this page. Add your comment or reference to a book if you want to contribute to this summary article.

Alternative spellings of this word include Madhuk.

1) Madhūka (मधूक):—A Sanskrit word referring to Madhuca indica, a species of tropical tree from the Sapotaceae family of flowering plants. It can also be spelled as Madhuka. In English, this plant is known as the “butter tree”. It is used throughout Ayurvedic literature such as the Caraka-saṃhitā. It is a deciduous tree with odorous lightly yellow flowers. It bears greenish fruits which are cultivated. The distilled spirit of the flowers are known among adivasis (Santals in particular).

This plant (Madhūka) is also mentioned as a medicine used for the treatment of all major fevers (jvara), as described in the Jvaracikitsā (or “the treatment of fever”) which forms the first chapter of the Sanskrit work called Mādhavacikitsā.

2) Madhuka (मधुक):—A Sanskrit word referring to “liquorice”, a perennial herb from the Fabaceae (pea/bean) family of flowering plants. It is used throughout Ayurvedic literature such as the Caraka-saṃhitā. It is also known as Madhūka (मधूक), Madhukā (मधुका) or Yaṣṭimadhuka (यष्टिमधुक). Its official botanical name is Glycyrrhiza glabra and is commonly referred to in english as liquorice or ‘sweet root’. It grows best in deep valleys with lots of sun. The sweet flavour is extracted from the root of the plant.

This plant (Madhuka) is also mentioned as a medicine used for the treatment of all major fevers, as described in the Jvaracikitsā (or “the treatment of fever”) which forms the first chapter of the Sanskrit work called Mādhavacikitsā. In this work, the plant is also known by the name Yaṣṭimadhu.

Madhuka (मधुक) is the name of a tree (Mahuā) that is associated with the Nakṣatra (celestial star) named Revatī, according to the second chapter (dharaṇyādi-varga) of the 13th-century Raj Nighantu or Rājanighaṇṭu (an Ayurvedic encyclopedia). Accordingly, “these [trees] are propounded in Śāstras, the secret scriptures (śāstrāgama). These pious trees [viz, Madhuka], if grown and protected, promote long life”. These twenty-seven trees related to the twenty-seven Nakṣatras are supposed to be Deva-vṛkṣas or Nakṣatra-vṛkṣas.

Madhuka [मधुका] in the Sanskrit language is the name of a plant identified with Tinospora cordifolia from the Menispermaceae (Moonseed) family. For the possible medicinal usage of madhuka, you can check this page for potential sources and references, although be aware that any some or none of the side-effects may not be mentioned here, wether they be harmful or beneficial to health.

Madhuka in the Sanskrit language is the name of a plant identified with Cynometra iripa Kostel. from the Caesalpiniaceae (Gulmohar) family.

Madhūka (मधूक) refers to a type of flower from which wine was extracted, according to the Kumārasambhava III.38 , and is commonly found in literature dealing with the topics of dietetics and culinary art, also known as Pākaśāstra or Pākakalā.—According to Suśruta, in the preparation of these drinks, when surā is used instead of water it was called surāsavā. Liquors were also prepared with madhūka flowers and honey. [...] Kumārasambhava describes the wine extracted from flowers (puṣpāsava or madhūka) and also deals with the after effects of drinking wine. Sugar was also used as an antidote for the intoxication caused by wine. Flowers of mango and red paṭala were also used to perfume various wines.

Madhūka (the flower) is mentioned in a list of potential causes for indigestion in the 17th century Bhojanakutūhala (dravyaguṇāguṇa-kathana), and is commonly found in literature dealing with the topics of dietetics and culinary art, also known as Pākaśāstra or Pākakalā.—A complete section in Bhojanakutūhala is devoted for the description of agents that cause indigestion [viz., madhūka]. These agents consumed on a large scale can cause indigestion for certain people. The remedies [viz., picumandabīja (nimb tree)] for these types of indigestions are also explained therewith.

Madhūka (मधूक) refers to the medicinal plant Madhuca indica J.F. Gmel, and is used in the treatment of atisāra (diarrhoea), according to the 7th century Mādhavacikitsā chapter 2. Atisāra refers to a condition where there are three or more loose or liquid stools (bowel movements) per day or more stool than normal.  The second chapter of the Mādhavacikitsā explains several preparations [including Madhūka] through 60 Sanskrit verses about treating this problem.

1) Madhuka (मधुक) refers to the medicinal plant known as “Glycyrrhiza glabra Linn.” and is dealt with in the 15th-century Yogasārasaṅgraha (Yogasara-saṅgraha) by Vāsudeva: an unpublished Keralite work representing an Ayurvedic compendium of medicinal recipes. The Yogasārasaṃgraha [mentioning madhuka] deals with entire recipes in the route of administration, and thus deals with the knowledge of pharmacy (bhaiṣajya-kalpanā) which is a branch of pharmacology (dravyaguṇa).

2) Madhūka (मधूक) refers to the medicinal plant known as “Madhuca longifolia (Koenig) Mac Bride” and is dealt with in the 15th-century Yogasārasaṅgraha (Yogasara-saṅgraha) by Vāsudeva: an unpublished Keralite work representing an Ayurvedic compendium of medicinal recipes. The Yogasārasaṃgraha [mentioning madhūka] deals with entire recipes in the route of administration, and thus deals with the knowledge of pharmacy (bhaiṣajya-kalpanā) which is a branch of pharmacology (dravyaguṇa).

1) Madhuka (मधुक) refers to Glycyrrhiza glabra Linn., and is a medicinal plant mentioned in the 7th-century Nirantarapadavyākhyā by Jejjaṭa (or Jajjaṭa): one of the earliest extant and, therefore, one of the most important commentaries on the Carakasaṃhitā.—Synonyms of Madhuka: Madhu, Madhukāhva.—(Cf. Glossary of Vegetable Drugs in Bṛhattrayī 292, Singh and Chunekar, 1999).—(Cf. Indian Medicinal Plants 3:84, Arya Vaidya Sala, 1993-96.)

2) Madhūka (मधूक) refers to Madhuca indica J. F. Gmel., and is a medicinal plant mentioned in the 7th-century Nirantarapadavyākhyā by Jejjaṭa (or Jajjaṭa): one of the earliest extant and, therefore, one of the most important commentaries on the Carakasaṃhitā.—(Cf. Glossary of Vegetable Drugs in Bṛhattrayī 295 , Singh and Chunekar, 1999).—Cf. Madhuca longifolia (Koenig) Macbride (Cf. Indian Medicinal Plants 3:362, Arya Vaidya Sala, 1993-96.).—Note: Madhuca indica J. F. Gmel. is a synonym of Madhuca longifolia var. latifolia (Roxb.) A.Chev.—(Cf. The Plant List, A Working List of All Plant Species 34, 461, Royal Botanic Gardens, Kew and Missouri Botanical Garden).

Madhuka (मधुक) is a Sanskrit word, possibly identified with Bassia latifolia (mahua) by various scholars in their translation of the Śukranīti. This tree is mentioned as having thorns, and should therefore be considered as wild. The King shoud place such trees in forests (not in or near villages). He should nourish them by stoole of goats, sheep and cows, water as well as meat. Note that Bassia latifolia is a synonym of Madhuca longifolia.

The following is an ancient Indian horticultural recipe for the nourishment of such trees:

According to Śukranīti 4.4.110-112: “The powder of the dungs of goats and sheep, the powder of Yava (barley), Tila (seeds), beef as well as water should be kept together (undisturbed) for seven nights. The application of this water leads very much to the growth in flowers and fruits of all trees (such as madhuka).”

Madhūka (मधूक) is identified with Bassia latifolia or Jonesia asoka and represents one of the four types of Kṣīravṛkṣa (“milk-tree”), according to the Netratantra of Kṣemarāja: a Śaiva text from the 9th century in which Śiva (Bhairava) teaches Pārvatī topics such as metaphysics, cosmology, and soteriology.—[Cf. verse 6.9-15ab]—The mṛtyuvañcana rite begins with a preparatory fire oblation. It consists of standard ritual offerings such as honey, milk, and ghee. The fire is fueled by the wood of milk trees (kṣīravṛkṣa). Milk trees come in four types, Uḍumbara (Ficus glomerata), Aśvattha (Ficus religiosa), Nyagrodha (Ficus indica), and Madhūka (Bassia latifolia or Jonesia asoka). All have white sap. They are used in rites of pacification and prosperity.

1) Madhuka in India is the name of a plant defined with Abrus precatorius in various botanical sources. This page contains potential references in Ayurveda, modern medicine, and other folk traditions or local practices It has the synonym Abrus wittei Baker f. (among others).

2) Madhuka is also identified with Acacia intsia It has the synonym Mimosa caesia L. (etc.).

3) Madhuka is also identified with Glycyrrhiza glabra It has the synonym Amicia glandulosa Kunth (etc.).

If you are looking for specific details regarding Madhuka, for example pregnancy safety, health benefits, diet and recipes, side effects, chemical composition, extract dosage, have a look at these references.

(-kaḥ) 1. A bard, a panegyrist, one who recites the lineage and praises of sovereigns in their presence. 2. A kind of bird. 3. A tree, (Bassia latifolia.) mn.

(-kaṃ) A flower of the Madhuka tree. E. man to respect, ūka aff., and dha substituted for the final.

19) [v.s. ...] Bassia Latifolia (from the blossoms and seeds of which arrac is distilled and oil extracted), [ib.; Mahābhārata; Kāvya literature] etc.

24) m. [plural], ‘mead-makers’, Name of the Maireyakas or of a [particular] mixed caste, [Mahābhārata]

27) n. a kind of mead, [Yājñavalkya [Scholiast or Commentator]]

Madhūka (मधूक) in the Sanskrit language is related to the Prakrit word: Mahua.

Madhūka (मधूक) [Also spelled madhuk]:—(nm) the tree Bassia Latifolia or its flower (from the blossoms and seeds of this tree arrack is distilled and oil extracted).

3) [adjective] of the colour of honey.

6) [noun] a man who panegyrises; a eulogist; a panegyrist.

Chapter 289 - The treatment of the diseases of the horses (aśvacikitsā)

Seven-day Medicines (a): Lipids and Sweets < [Chapter 4 - Medicinal Substances in the Chapter on Medicine]

4. Materials for the Construction of Temple < [Chapter 4 - Temple Building]

5. Preparation of Canvas before Painting < [Chapter 5 - Painting and Image Making] 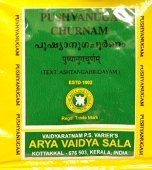