Yashtimadhu means something in Hinduism, Sanskrit, Marathi, biology. If you want to know the exact meaning, history, etymology or English translation of this term then check out the descriptions on this page. Add your comment or reference to a book if you want to contribute to this summary article.

The Sanskrit terms Yaṣṭimadhu and Yaṣṭīmadhu can be transliterated into English as Yastimadhu or Yashtimadhu, using the IAST transliteration scheme (?).

Yaṣṭimadhu (कुलथी):—Another name for Madhuka (Glycyrrhiza glabra), a species of medicinal plant and used in the treatment of fever (jvara), as described in the Jvaracikitsā (or “the treatment of fever”) which is part of the 7th-century Mādhavacikitsā, a Sanskrit classical work on Āyurveda. It can also be spelled as Yaṣṭimadhuka (यष्टिमधुक).

Yastimadhu [ಯಷ್ಟಿಮಧು] in the Kannada language is the name of a plant identified with Glycyrrhiza glabra from the Fabaceae (Pea) family. For the possible medicinal usage of yastimadhu, you can check this page for potential sources and references, although be aware that any some or none of the side-effects may not be mentioned here, wether they be harmful or beneficial to health.

Yaṣṭimadhu (यष्टिमधु) refers to a medicinal plant known as Glycyrrhiza glabra Linn., and is mentioned in the 10th century Yogaśataka written by Pandita Vararuci.—The Yogaśataka of Pandita Vararuci is an example of this category. This book attracts reader by its very easy language and formulations which can be easily prepared and have small number of herbs (viz., Yaṣṭimadhu). It describes only those formulations which are the most common and can be used in majority conditions of diseases.

Yaṣṭimadhu (Glycyrrhiza glabra Linn.) powder with honey and ghee with Anupāna of cow milk is indicated for Vājīkaraṇa (aphrodisiac).

Yaṣṭimadhu (यष्टिमधु) is another name for “Yaṣṭī” and is dealt with in the 15th-century Yogasārasaṅgraha (Yogasara-saṅgraha) by Vāsudeva: an unpublished Keralite work representing an Ayurvedic compendium of medicinal recipes. The Yogasārasaṃgraha [mentioning yaṣṭimadhu] deals with entire recipes in the route of administration, and thus deals with the knowledge of pharmacy (bhaiṣajya-kalpanā) which is a branch of pharmacology (dravyaguṇa).

Yashtimadhu in India is the name of a plant defined with Glycyrrhiza glabra in various botanical sources. This page contains potential references in Ayurveda, modern medicine, and other folk traditions or local practices It has the synonym Amicia glandulosa Kunth (among others).

If you are looking for specific details regarding Yashtimadhu, for example extract dosage, health benefits, diet and recipes, pregnancy safety, side effects, chemical composition, have a look at these references.

yaṣṭimadhu (यष्टिमधु).—m S Licorice, or the root of Abrus precatorius which is used for it.

Yaṣṭimadhu (यष्टिमधु).—n. (-dhu) Liquorice, or the root of the Abrus precatorius. E. yaṣṭi a stick, and madhu honey; also with kan added, fem. form yaṣṭimadhukā; and with the final of the first word long yaṣṭīmadhu .

Chapter XXV - The medical treatment of a variety of diseases

Chapter XVI - The medical treatment of Abscesses and Tumours

Chapter I - Preserving food and drink from poison 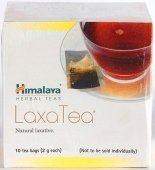 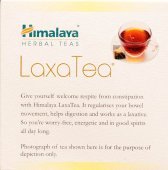 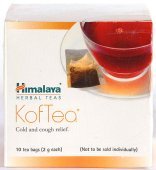