Photo 16 of 37 in Gallery: Vijayanagara Paintings 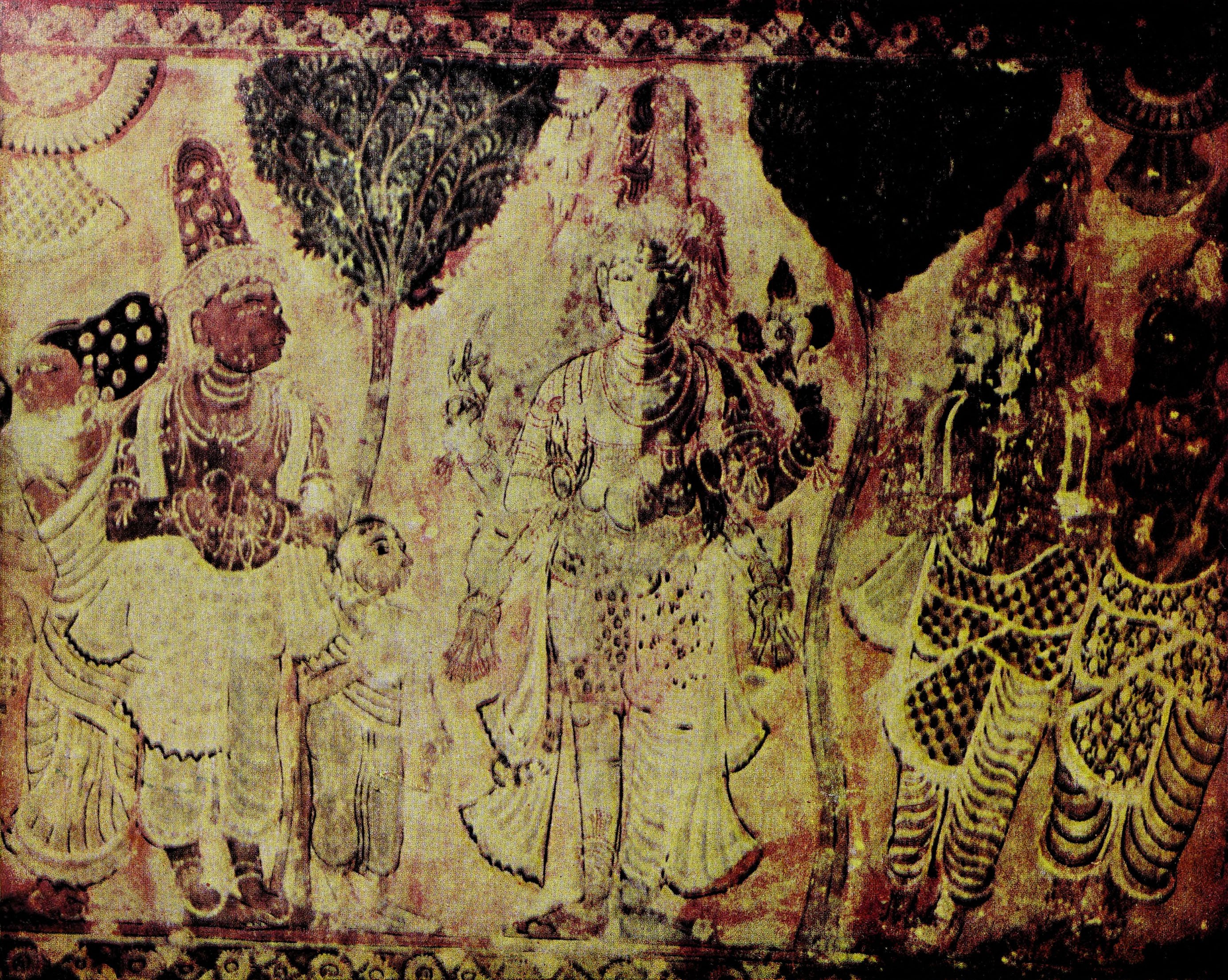 Cf. Plate 15.—The three panels after this present in order Harihara, Śiva and Pārvatī approaching what appears and probably may be Mohinī, and a group of celestials adoring Candraśekhara and Pārvatī. The Lord as the Creator and Destroyer, both aspects in one form, is the theme of the painting of Harihara. The dark half of Viṣṇu’s form makes a central line against the fair half of Siva’s body. Both of them show the marked features and characteristics of the respective deities. Again we should recall how Harihara is a favourite in the magnificent Pallava sculpture at Mahābalipuram [Mahābalipura]. It again figures prominently in the Śaiva cave of Maṅgaleśa at Bādāmī, very elaborate and almost making it impossible for the consorts of these two deities to reconcile themselves each to a half share as they stand helpless on either side, even the mounts Nandī and Garuḍa feeling helpless.