Vijayanagara means something in Hinduism, Sanskrit, the history of ancient India. If you want to know the exact meaning, history, etymology or English translation of this term then check out the descriptions on this page. Add your comment or reference to a book if you want to contribute to this summary article. 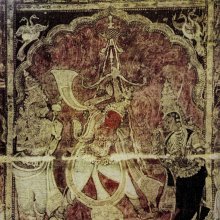 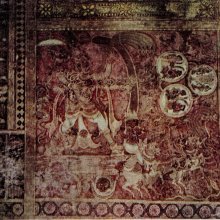 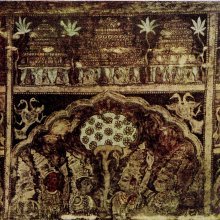 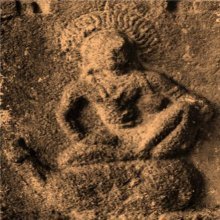 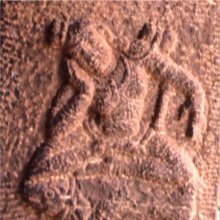 Vijayanagara Temples—The very large and powerful empire of Vijayanagara was established in the ancient city of Vijayanagara (now called Hampi) in Karnataka in 1336. The monarchs of Vijayanagara contributed in no small measure to the development of temple art and architecture in South India. They drew upon the architectural plan of the temples of the Tamil country and constructed the beautiful temples in Hampi such as the Viṭṭhala temple, Acyutarāyā temple and the gopura of the Virupākṣa temple.

Vijayanagara Dynasty (AD 1336):—The last important phase of art in South India is a mingling of late Chalukya and late Chola art under the Vijayanagara monarchs. In the 14th century, the Vijayanagara empire was established. Krishnadevaraya (AD 1509-1529) was a patron of fine arts.

Vijayanagara (विजयनगर).—Name of a town.

Vijayanagara is a Sanskrit compound consisting of the terms vijaya and nagara (नगर).

Vijayanagara (ವಿಜಯನಗರ):—[noun] the name of the capital city of Vijayanagar empire; Hampi, near Hosapēṭe, in Karnāṭaka.

Search found 19 books and stories containing Vijayanagara, Vijaya-nagara; (plurals include: Vijayanagaras, nagaras). You can also click to the full overview containing English textual excerpts. Below are direct links for the most relevant articles:

Verse 3.3.270 < [Chapter 3 - Mahāprabhu’s Deliverance of Sarvabhauma, Exhibition of His Six-armed Form, and Journey to Bengal]