Photo 17 of 37 in Gallery: Vijayanagara Paintings 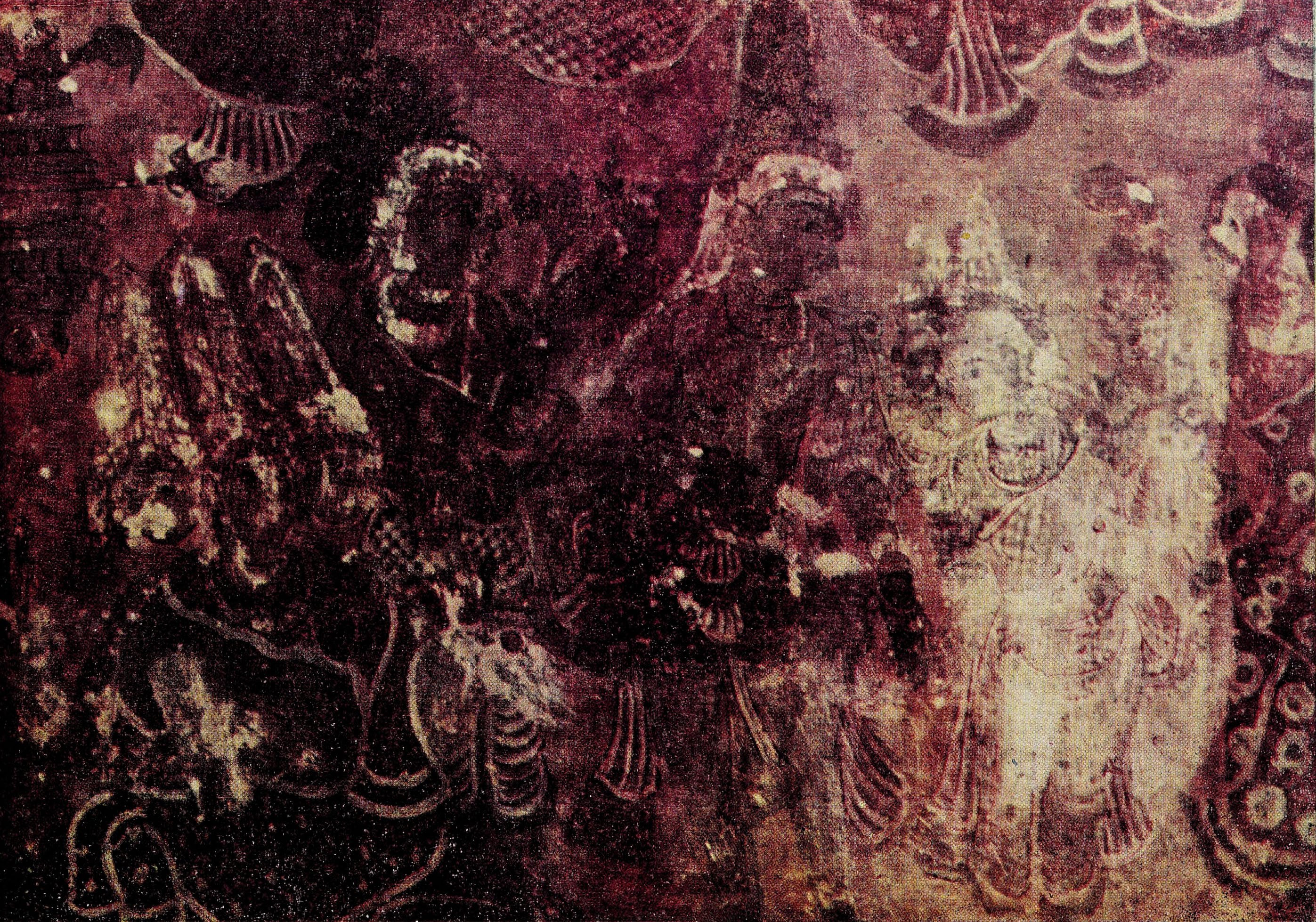 The scene of Śiva as Kalyāṇasundara (Kalyana-sundara), with Pārvatī as his bride. There is a gathering of sages and women. Brahmā officiates as priest. This may be compared with a similar one from the ceiling of the Nāṭyamaṇḍapa. In the Vijayanagara period, the marriage of Rāma and Sītā, Draupadī and Arjuna, Śiva and Pārvatī, all become a type with kalpavṛkṣa tree in between the bride and groom assuring them the most pleasing married life with all that desire can wish for assured for them. [...]

Again it becomes a little more stylised in the Gurjara Pratīhāra sculpture from Rājasthān of the ninth century now in the National Museum and a similar one but with a larger group composed from the Bhārat Kāla Bhawan of the tenth century A.D. Kalyāṇasundara in metal with Viṣṇu and Lakṣmī giving her away to Śiva is a magnificent Chola bronze in the Tañjāvur Art Gallery.