Mithuna means something in Buddhism, Pali, Hinduism, Sanskrit, Jainism, Prakrit, Marathi, Hindi. If you want to know the exact meaning, history, etymology or English translation of this term then check out the descriptions on this page. Add your comment or reference to a book if you want to contribute to this summary article.

Alternative spellings of this word include Mithun. 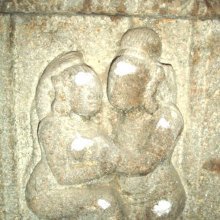 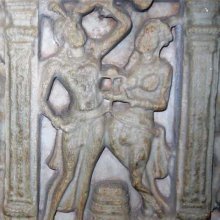 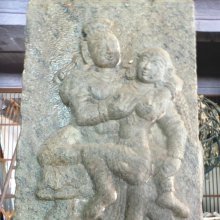 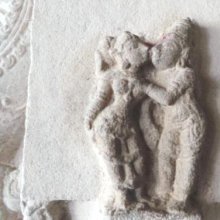 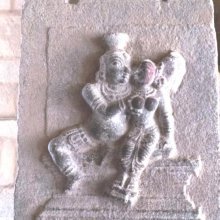 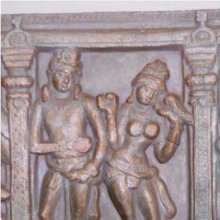 Mithuna (मिथुन) corresponds with the Gemini zodiac sign and refers to the third of twelve rāśi (zodiacal sign), according to the Mānasāra. Rāśi is one of the three alternative principles, besides the six āyādiṣaḍvarga, used to constitute the “horoscope” of an architectural or iconographic object. Their application is intended to “verify” the measurements of the architectural and iconographic object against the dictates of astrology that lay out the conditions of auspiciousness.

The particular rāśi (e.g., mithuna) of all architectural and iconographic objects (settlement, building, image) must be calculated and ascertained. This process is based on the principle of the remainder. An arithmetical formula to be used in each case is stipulated, which engages one of the basic dimensions of the object (breadth, length, or perimeter/circumference). All twelve rāśis, except the eighth (vṛścika) are auspicious.

Mithuna (मिथुन) refers to the sign of Gemini, according to the Bṛhatsaṃhitā (chapter 5), an encyclopedic Sanskrit work written by Varāhamihira mainly focusing on the science of ancient Indian astronomy astronomy (Jyotiṣa).—Accordingly, “If the sun and moon should begin to be eclipsed when only half risen, deceitful men will suffer as well as sacrificial rites. [...] If they should be eclipsed when in the sign of Gemini (Mithuna), chaste women, princes, powerful petty chiefs, learned men, people living on the banks of the Yamunā and the rulers of Bahlikā and Matsya with their subjects will suffer miseries. If they should be eclipsed when in the sign of Cancer (Karka) the Ābhīras, the Śabaras, the Pallavas, the Mallas, the Matsyas, the Kurus, the Śakas, the Pāñcālas and the Vikalās will be afflicted with miseries and food grains will be destroyed”.

Mithuna (मिथुन) is the name of a Rāśi (zodiac sign) mentioned as attending the teachings in the 6th century Mañjuśrīmūlakalpa: one of the largest Kriyā Tantras devoted to Mañjuśrī (the Bodhisattva of wisdom) representing an encyclopedia of knowledge primarily concerned with ritualistic elements in Buddhism. The teachings in this text originate from Mañjuśrī and were taught to and by Buddha Śākyamuni in the presence of a large audience (including Mithuna).

Mithuna (मिथुन) according to the 2nd-century Tattvārthasūtra 7.15.—What is meant by mithuna? The union of male and female is called mithuna. What is meant by maithuna /copulation? The indulgence of man and woman in lustful activity owing to the rise of conducts deluding karmas.

mithuna (मिथुन).—n A couple. m A sign of Gemini.

6) (In gram.) A root compounded with a preposition.

6) [v.s. ...] the other part, complement or companion of anything, [Mahābhārata] (also applied to a kind of small statue at the entrance of a temple, [Varāha-mihira’s Bṛhat-saṃhitā])

Mithuna (मिथुन) in the Sanskrit language is related to the Prakrit word: Mihuṇa.

1) [noun] two similar or corresponding things joined, associated or used together; a pair.

4) [noun] the act or an instance of sexual intercourse; coition.

Search found 23 books and stories containing Mithuna, Mithuṇa; (plurals include: Mithunas, Mithuṇas). You can also click to the full overview containing English textual excerpts. Below are direct links for the most relevant articles: