Photo 24 of 37 in Gallery: Vijayanagara Paintings 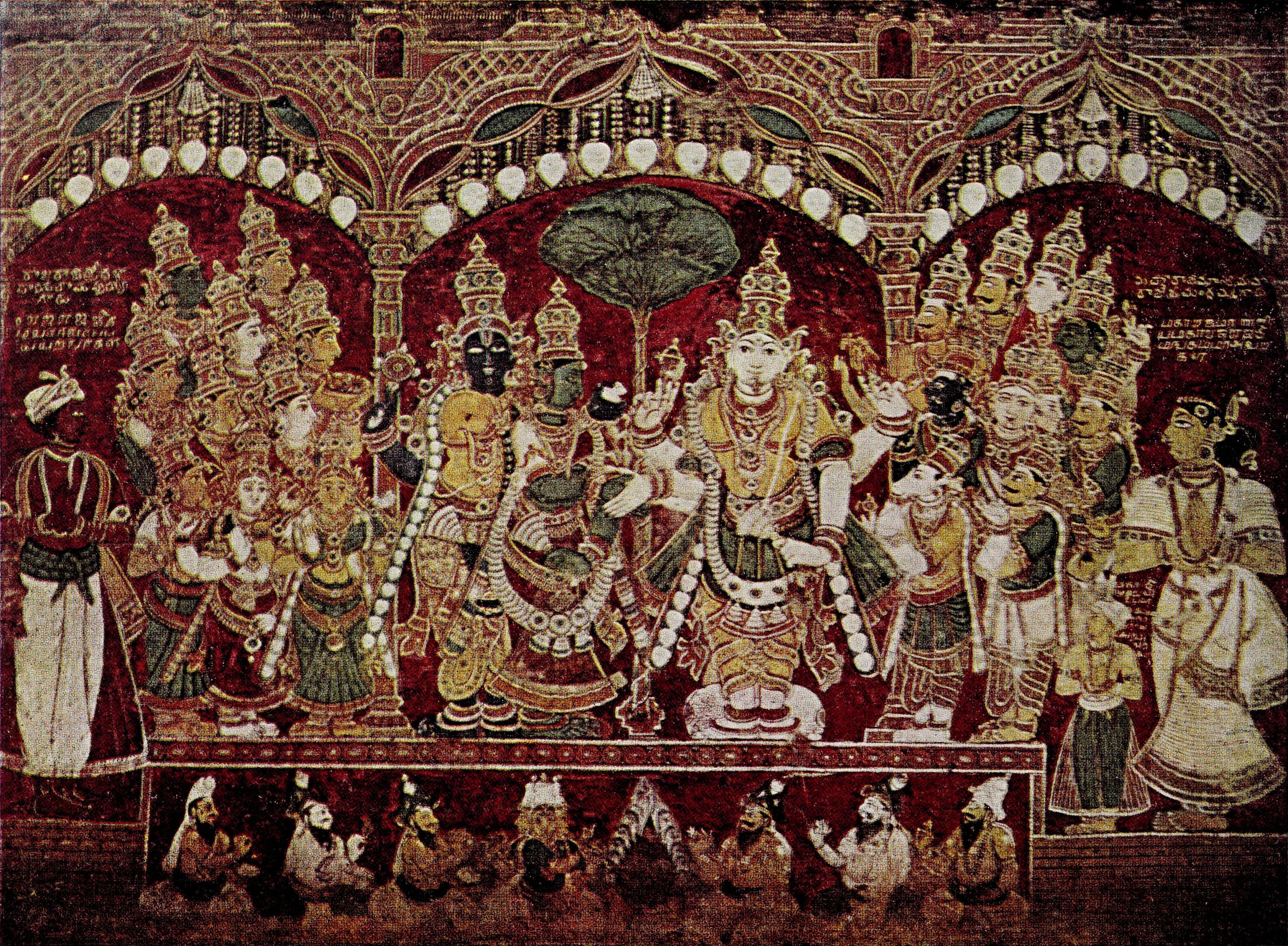 Great masterpieces of sculpture of the time of Tirumala Nāyaka (Thirumalai Nayak) exist in abundance such magnificent carvings have not only his portraits but also of themes like Rati on parrot, gypsy women, the Amazon carrying the prince on her shoulder, the robber chieftain, the hunter, (PI. XXIV) groups like the marriage of Sundareśvara (Sundara or Sundareswarar) with Mīnakṣī (Meenakshi), Viṣṇnu and Lakṣmī giving away the bride, Śiva and Pārvatī on the bull as Vṛṣabhārūḍha, dancing Śiva as Gajāntaka, musical Ṛṣis like Nārada and Tuṃburu and so forth. Such paintings of this period as are preserved are rather damaged, worked over or ruined, as here has been a regular feature and repainting walls, particularly the Śivalīlās on a whole wall of the corridor near the lotus tank where the original paintings were painted over and the originals lost.

Among the oldest fragments of paintings here in the Mīnakṣī Sundareśvara temple, the most noteworthy, of which there is still enough left reveal it as a fine painting of the period, is the marriage of Mīnakṣī, a large panel, one of the many near the ceiling on the southern wall of the sanctum of Sundareśvara in the second prākāra, near the Naḍukaṭṭu gopura. It is unfortunate that in this painting of the marriage of the goddess there has been a little painting over; but still it is most interesting that a Nāyaka ruler and his ministers are shown on one side. This is not, however a solitary instance, as in this period of art, as even in the Bṛhadīśvara temple itself, in the Chola period, Rājarāja introduced himself as an ardent worshipper with his queens in the presence of Naṭarāja in Chidambaram.