Patanjali means something in Buddhism, Pali, Hinduism, Sanskrit. If you want to know the exact meaning, history, etymology or English translation of this term then check out the descriptions on this page. Add your comment or reference to a book if you want to contribute to this summary article.

A two-thousand-year-old collection of the oral teachings on yogic philosophy.

Patañjali (पतञ्जलि).—A great authority and propounder on the aṣṭāṅga mystic yoga system and author of the Yoga-sūtra. He imagined the form of the Absolute Truth in everything.

[«previous (P) next»] — Patanjali in Vastushastra glossary
Source: Shodhganga: Temples of Salem region Up to 1336 AD

Patañjali (पतञ्जलि).—He is considered an ardent devotee of Śiva, for whom Śiva had performed one variety of his Tāṇḍava. This sage is usually associated with another sage Vyāghrapāda.

Patañjali is depicted as half human and half serpent. Sometimes, even the hood of the serpent is shown behind his head. A sculpture of Patañjali carved attached to the shaft of the bhadraka pillar of the prākāramaṇḍapa is noticed at the Kailasanatha temple at Taramangalam. He is shown as wearing a long kirīṭa and is in añjalimudra. He is two handed and his body is of a serpent below his waist. This is a sculpture of 16th century. The height is about five feet. This sculpture is carved on a high pedestal.

[«previous (P) next»] — Patanjali in Kavya glossary
Source: Shodhganga: The Kavyamimamsa of Rajasekhara

Patañjali (पतञ्जलि) is the name of an important person (viz., an Ācārya or Kavi) mentioned in Rājaśekhara’s 10th-century Kāvyamīmāṃsā.—RS think that Patañjali and Gonardīya are the same person, but it is also a matter of dispute. He is the author of famous grammatical work Mahābhāṣya.

Patañjali (पतञ्जलि).—The reputed author of the Mahābhāșya, known as the Pātañjala Mahābhāșya after him. His date is determined definitely as the second century B.C. on the strength of the internal evidence supplied by the text of the Mahābhāșya itself. The words Gonardiya and Gonikāputra which are found in the Mahābhāșya are believed to be referring to the author himself and, on their strength he is said to have been the son of Goṇikā and a resident of the country called Gonarda in his days. On the strength of the internal evidence supplied by the Mahābhāșya, it can be said that Patañjali received his education at Takșaśila and that he was,just like Pāṇini, very familiar with villages and towns in and near Vāhika and Gāndhāra countries. Nothing can definitely be said about his birthplace, and although it might be believed that his native place was Gonarda,its exact situation has not been defined so far. About his parentage too,no definite information is available. Tradition says that he was the foster-son of a childless woman named Gonikā to whom he was handed over by a sage of Gonarda, in whose hands he fell down from the sky in the evening at the time of the offering of water-handfuls to the Sun in the west; cf.पतत् (patat) + अञ्जलि (añjali), the derivation of the word given by the commentators. Apart from anecdotes and legendary information, it can be said with certainty that Patañjali was a thorough scholar of Sanskrit Grammar who had studied the available texts of the Vedic Literature and Grammar and availed himself of information gathered personally by visiting the various schools of Sanskrit Grammar and observing the methods of explanations given by teachers there. His Mahābhā-șya supplies an invaluable fund of information on the ways in which the Grammar rules of Pāṇini were explained in those days in the various grammar schools. This information is supplied by him in the Vārttikas which he has exhaustively given and explained. He had a remarkable mastery over Sanskrit Language which was a spoken one at his time and it can be safely said that in respect of style, the Mahābhāșya excels all the other Bhāșyas in the different branches of learning out of which two, those of Śabaraswāmin and Śańkarācārya,are selected for comparison. It is believed by scholars that he was equally conversant with other śāstras, especially Yoga and Vaidyaka, on which he has written learned treatises. He is said to be the author of the Yogasūtras which,hence are called Pātañjala Yogasūtras, and the redactor of the Carakasamhitā. There are scholars who believe that he wrote the Mahābhāșya only, and not the other two. They base their argument mainly on the supposition that it is impossible for a scholar to have an equally unmatching mastery over three different śāstras at a time. The argument has no strength, especially in India where there are many instances of scholars possessing sound scholarship in different branches of learning. Apart from legends and statements of Cakradhara, Nāgesa and others, about his being the author of three works on three different śāstras, there is a direct reference to Patañjali's proficiency in Grammar, Yoga and Medicine in the work of King Bhoja of the eleventh century and an indirect one in the Vākyapadīya of Bhartŗhari of the seventh century A. D. There is a work on the life of Patañjali, written by a scholar of grammar of the South,named Ramabhadra which gives many stories and incidents of his life out of which it is difficult to find out the grains of true incidents from the legendary husk with which they are covered. For details,see Patañjala Mahābhā-șya D.E.Society's edition Vol. VII pages 349 to 374. See also the word महाभाष्य (mahābhāṣya).

Patañjali (पतञ्जलि) (2nd century BCE) is the name of an author of grammatical works, following in succession of Pāṇini (7th century BCE): author of the Aṣṭādhyāyī dealing with vyākaraṇa (grammar): the science of analysis of sentences and words. After Pāini, there was a succession of thinkers of language, grammar and philosophy of language, viz., Patañjali, who composed Mahābhāṣya (literally, ‘the grand commentary’), a commentary on Aṣṭādhyāyī.

[«previous (P) next»] — Patanjali in Shilpashastra glossary
Source: Shodhganga: The significance of the mūla-beras (śilpa)

Patañjali is the name of a deity depicted in the Thillai Nataraja Temple in Cidambaram (Chidambaram) which is one of the Pañcasabhā or “five halls where Śiva is said to have danced”.—Patañjali is a little god. The lower part of his body ends as the tail of a snake. He was a Yogi and, not wishing to crush insects with his feet, he obtained from Naṭarāja the boon to be changed to a reptile. His hair is plaited and piled on his head, his hands are clasped before Śiva, and he wears a pointed beard. He holds his hands in añjali-hasta.

Patanjali (200-150 B.C.) Maharishi’s great contribution to human civilization is his magnum opus “The Yoga Sutraxs” comprising 196 sutras or maxims, dealing with the “Science of the mind”. Patanjali’s Yoga Sutras are of the foundation of Raja Yoga, or the path of meditation for God realization. The system of Yoga, taught by Patanjali, is the key to the realm of divinity inside man and can be termed the high technology of the science of spirituality.

Patañjali (पतञ्जलि).—Name of the celebrated author of the Mahābhāṣya, the great commentary on Pāṇini's Sūtras; also of a philosopher, the propounder of the Yoga philosophy.

(-liḥ) 1. The name of a saint or Muni and teacher of the Yoga philosophy, thence called after him Patanjala; also the author of Mahabhashya or commentary on Panini. 2. A name of the poet Vararuchi. E. pat falling, añjali the hands joined as a mark of respect; having fallen from heaven, it is said, in the shape of small snake, into the hands of the saint Panini as he was performing this act of reverence.

2) of a philosopher (the propounder of the Yoga philosophy)

Patañjali (पतञ्जलि):—[pata-ñjali] (liḥ) 2. m. The name of a sage, author of the Pātaṃjali system of philosophy.

The philosophy of Yoga (Introduction) < [Chapter 4] 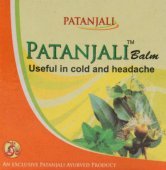