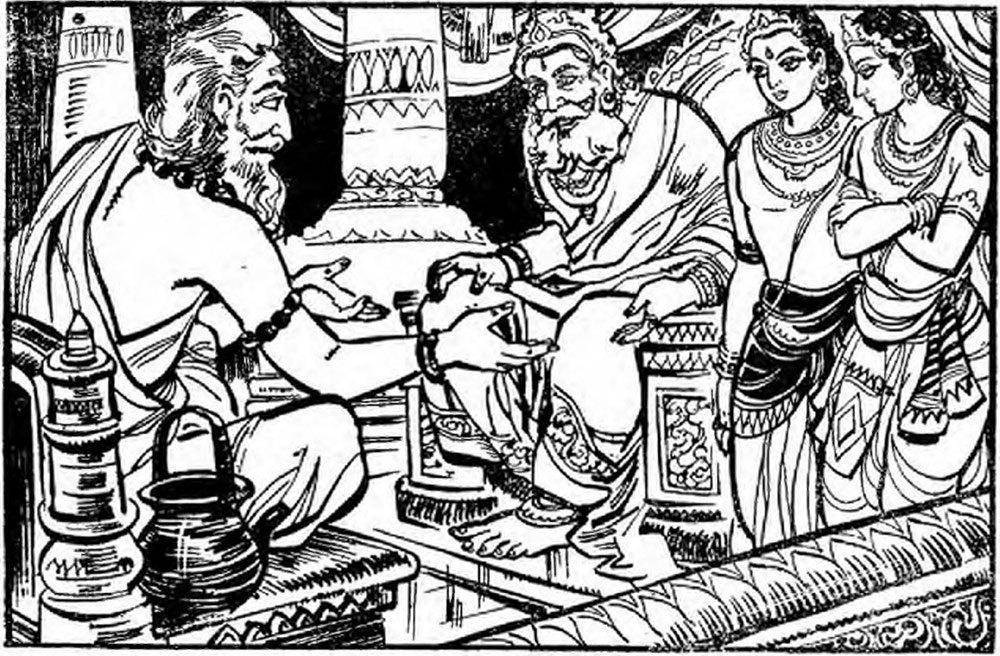 On an auspicious day, at a moment full of good omens, Kausalya, the eldest of the queens, gave birth to a beautiful child who was named Rama. Sumitra bore twins who were called Lakshmana and Satrughna. Kaikeyi, the youngest and the most beloved consort of Dasaratha, bore Bharata.

The four princes grew up amidst a wealth of affection and studious care. They became learned in all the arts of peace and war and were loved by the people.

One day there came to Dasaratha's court the sage Viswamitra who was greatly respected for his penances by men, Devas and Gods alike, Viswamitra told the Emperor that he was going to perform a mighty sacrifice for the good of the world and its people. But the rakshasas and other evil creatures roaming about in the forest were plaguing the rishis. The sage wanted Rama to go with him to the forest to guard the sacrificial fire and protect the rishis from harm.

After much argument Dasaratha reluctantly agreed to send Rama and Lakshmana with Viswamitra.