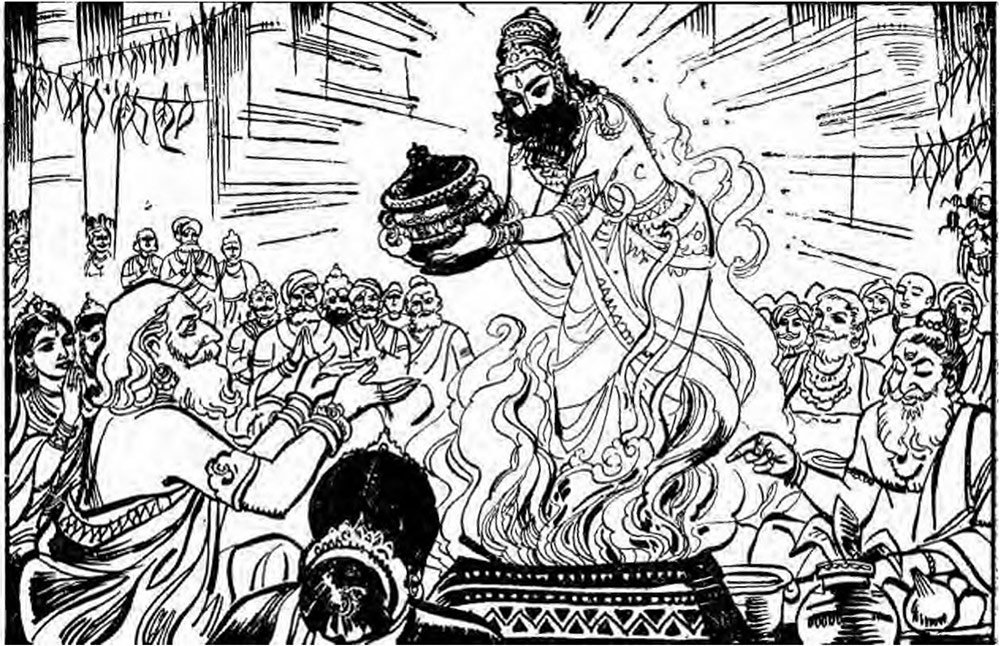 Sriman Narayana, which is another name for Vishnu, asked the Devas to take courage and shed their fears. He assured them he would appear on earth as a mortal and deal with Ravana and his followers. He announced that He would take the form of the four sons of Dasaratha, Emperor of Ayodhya. He asked the Devas to assume the shape of vanaras (monkeys) and help the Protector.

Now Dasaratha of the Surya (Sun) dynasty had reigned over Ayodhya, a prosperous kingdom in the valley of the Ganga, for sixty thousand years. Yet he had no children by any one of his three wives. He decided to perform the great sacrifice known as Putrakameshti for obtaining from the Gods the gift of parenthood. He was anxious to beget a child who would become the heir to the throne and continue the dynasty.

At the end of the sacrifice which he performed with the help of sages and wise men a Deva Duta (heavenly messenger) appeared from the fire and handed to Dasaratha a bowl of sacred Payasam (porridge) to be given to the three queens so that they might beget children.