Padmashri means something in Buddhism, Pali, Jainism, Prakrit, Hinduism, Sanskrit. If you want to know the exact meaning, history, etymology or English translation of this term then check out the descriptions on this page. Add your comment or reference to a book if you want to contribute to this summary article.

The Sanskrit term Padmaśrī can be transliterated into English as Padmasri or Padmashri, using the IAST transliteration scheme (?). 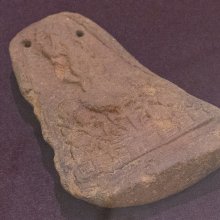 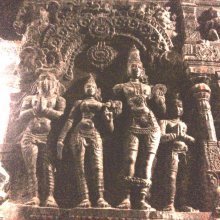 Padmaśrī (पद्मश्री) is the name of the Buddha of the Padma universe according to the 2nd century Mahāprajñāpāramitāśāstra (chapter XV). Accordingly, “In the region of the nadir (adhas), beyond universes as numerous as the sands of the Ganges and at the extreme limit of these universes, there is the universe called Houa (Padma); its Buddha is called Houa tö (Padmaśrī) and its Bodhisattva Houa chang (Padmottara)”.

Padmaśrī (पद्मश्री) is the daughter of Vidyādhara-king Meghanāda, according to chapter 6.3 [ānanda-puruṣapuṇḍarīka-bali-caritra] of Hemacandra’s 11th century Triṣaṣṭiśalākāpuruṣacaritra (“lives of the 63 illustrious persons”): a Sanskrit epic poem narrating the history and legends of sixty-three important persons in Jainism.

Accordingly:—“Now in the city Ariñjaya on Mt. Vaitāḍhya there was a well-known Vidyādhara-king, Meghanāda, to whom power over the two rows (of cities) had been given by Cakrin Subhūma. He was the father of Padmaśrī, the wife of the same Cakrabhṛt. Suketu’s soul, after it had wandered through existence was born as the Prativiṣṇu Bali in Meghanāda’s family in this same city. He, with a life-term of fifty thousand years, black, twenty-six bows tall, became the ruler of three parts (of Bharata)”.

Padmaśrī (ಪದ್ಮಶ್ರೀ):—[noun] a title given by the Indian Government to civilians in recognition of distinguished service, achievement in various fields.

Act 10.7: The universes and Buddhas of the ten directions < [Chapter XV - The Arrival of the Bodhisattvas of the Ten Directions]