Anana means something in Buddhism, Pali, Hinduism, Sanskrit, Jainism, Prakrit, Marathi, Hindi, biology. If you want to know the exact meaning, history, etymology or English translation of this term then check out the descriptions on this page. Add your comment or reference to a book if you want to contribute to this summary article.

1) Ānana (आनन) refers to the “face”, according to the Manthānabhairavatantra, a vast sprawling work that belongs to a corpus of Tantric texts concerned with the worship of the goddess Kubjikā.—Accordingly, “He has eight faces and, very powerful, shines like a white lotus. He is mightily proud and has sharp teeth and great body. He is terrible and fierce and his face is deformed [i.e., vikṛta-ānana]. O Śambhu, he has twenty arms and the goddess sits on his lap. He holds a sword, mallet and noose, a double-headed drum, a dagger, the Kaustubha jewel, a rosary, a skull bowl full of fruit and the like and a piece of human flesh. [...]”.

Ānanā (आनना) refers to a “face”, according to the Śivapurāṇa 2.3.8.—Accordingly, as Brahmā narrated to Sage Nārada:—“O sage, all these details you mentioned to the lord of mountains. You told the previous history of Pārvatī that increased her pleasure and on hearing which, the lord of mountains, his wife and children were freed from all suspicions. On hearing the story from Nārada, Pārvatī bent down her head in bashfulness but her smile heightened [i.e., ānanā] the beauty of her face. [...]”.

[«previous (A) next»] — Anana in Shaivism glossary
Source: SOAS University of London: Protective Rites in the Netra Tantra

Ānana (आनन) refers to the “mouth”, according to the Netratantra of Kṣemarāja: a Śaiva text from the 9th century in which Śiva (Bhairava) teaches Pārvatī topics such as metaphysics, cosmology, and soteriology.—Accordingly, [verse 9.19cd-26, while instructing to visualize Sadāśiva in order to worship the formless Amṛteśa]—“[He] resembles the swelling moon, a heap of mountain snow. [...] [Sadāśiva has] a shield, a mirror, a bow, a citron tree, and a water jar. At his head is a half moon. [He who meditates of Sadāśiva] should perceive the Eastern face as yellow; the Southern a wrathful, terrible black [that has] an unnatural, tusked mouth (vikṛta-ānana—daṃṣṭralaṃ vikṛtānanam). [...]”.

Ānana (आनन) or Mukha refers to the “face”, according to the Nāmamantrārthāvalokinī by Vilāsavajra, which is a commentary on the Nāmasaṃgīti.—Accordingly, [while describing Ādibuddha]—“[...] [The Ādibuddha] has five faces (pañcan-ānana > pañcan-mukha). [He also] has five crests—in other words, five hair-braids. It is through tying up those [hair-braids that he] has a crown of five hair-braids. [His five faces] have five [different] colours: dark blue for the east [and forward-facing face], yellow for the south, red for the west, [and] green for the north. [...]”.

Ānana (आनन) refers to a “face”, according to the Cakrasaṃvara Samādhi [i.e., Cakrasamvara Meditation] ritual often performed in combination with the Cakrasaṃvara Samādhi, which refers to the primary pūjā and sādhanā practice of Newah Mahāyāna-Vajrayāna Buddhists in Nepal.—Accordingly, “An enemy's lopped head! Pouring poison in the mouth, a sweet loose roar, Raised left above the jaws, in the most beautiful way, a face fixed in anger (ānana—krodhamūlānanāntā)”.

[«previous (A) next»] — Anana in Jainism glossary
Source: academia.edu: Tessitori Collection I

Anāṇa (अनाण) refers to the “negative knowledge” (of the Gods, Humans, Animals, etc.), as defined in the “Arhadvijñaptirūpā Vicāraṣaṭtriṃśikā” by Gajasāra, which is included in the collection of manuscripts at the ‘Vincenzo Joppi’ library, collected by Luigi Pio Tessitori during his visit to Rajasthan between 1914 and 1919.—The Vicāraṣaṭtriṃśikā (in Prakrit) was first presented in tabular form (yantra) according to the commentators, and then put in the form of a text. [...] Each category is then examined through twenty-four parameters [e.g., negative knowledge (anāṇa)].

[«previous (A) next»] — Anana in Marathi glossary
Source: DDSA: The Molesworth Marathi and English Dictionary

[«previous (A) next»] — Anana in Sanskrit glossary
Source: DDSA: The practical Sanskrit-English dictionary

2) A large division of a work, chapter, book &c. (e. g. the two ānanas of Rasagaṅgādhara.)

(-naṃ) The mouth, (and by syncope) the face. E. āṅa before ana to live or breathe, lyuṭa aff.

[«previous (A) next»] — Anana in Hindi glossary
Source: DDSA: A practical Hindi-English dictionary

1) [noun] the front of the head from the top of the forehead to the bottom of the chin, and from ear to ear; the face.

2) [noun] the opening through which an animal takes in food, including the teeth, tongue etc.; the mouth.

26: Alaṃkāra-śāstra according to Jagannātha (17th Century) < [Chapter 2 - The concept of alaṃkāra in Sanskrit Poetics]

Verse 2.17.37 < [Chapter 17 - The Lord’s Wandering Throughout Navadvīpa and Descriptions of the Devotees’ Glories]

Verse 2.1.338 < [Chapter 1 - The Beginning of the Lord’s Manifestation and His Instructions on Kṛṣṇa-saṅkīrtana] 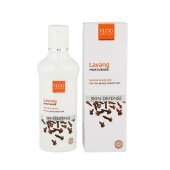