Mahakavi means something in Hinduism, Sanskrit, the history of ancient India. If you want to know the exact meaning, history, etymology or English translation of this term then check out the descriptions on this page. Add your comment or reference to a book if you want to contribute to this summary article. 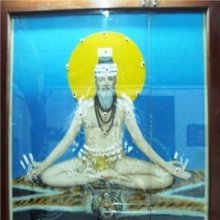 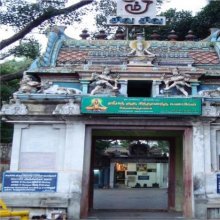 Mahākavi (महाकवि) is the name of one of the ancestors of Bhavabhūti.—In this family, with such illustrious ancestors a person was born, whose name was Mahākavi. Bhavabhūti was the fifth in descent from him.

Mahākavi.—(CII 4), ‘great poet’; title. Note: mahākavi is defined in the “Indian epigraphical glossary” as it can be found on ancient inscriptions commonly written in Sanskrit, Prakrit or Dravidian languages.

Mahākavi is a Sanskrit compound consisting of the terms mahā and kavi (कवि).

Search found 12 books and stories containing Mahakavi, Mahākavi, Maha-kavi, Mahā-kavi; (plurals include: Mahakavis, Mahākavis, kavis). You can also click to the full overview containing English textual excerpts. Below are direct links for the most relevant articles:

Part 7.7 - Poetic conventions regarding to the Birds < [Chapter 5 - Analyasis and Interpretations of the Kāvyamīmāṃsā]