Photo 9 of 37 in Gallery: Vijayanagara Paintings 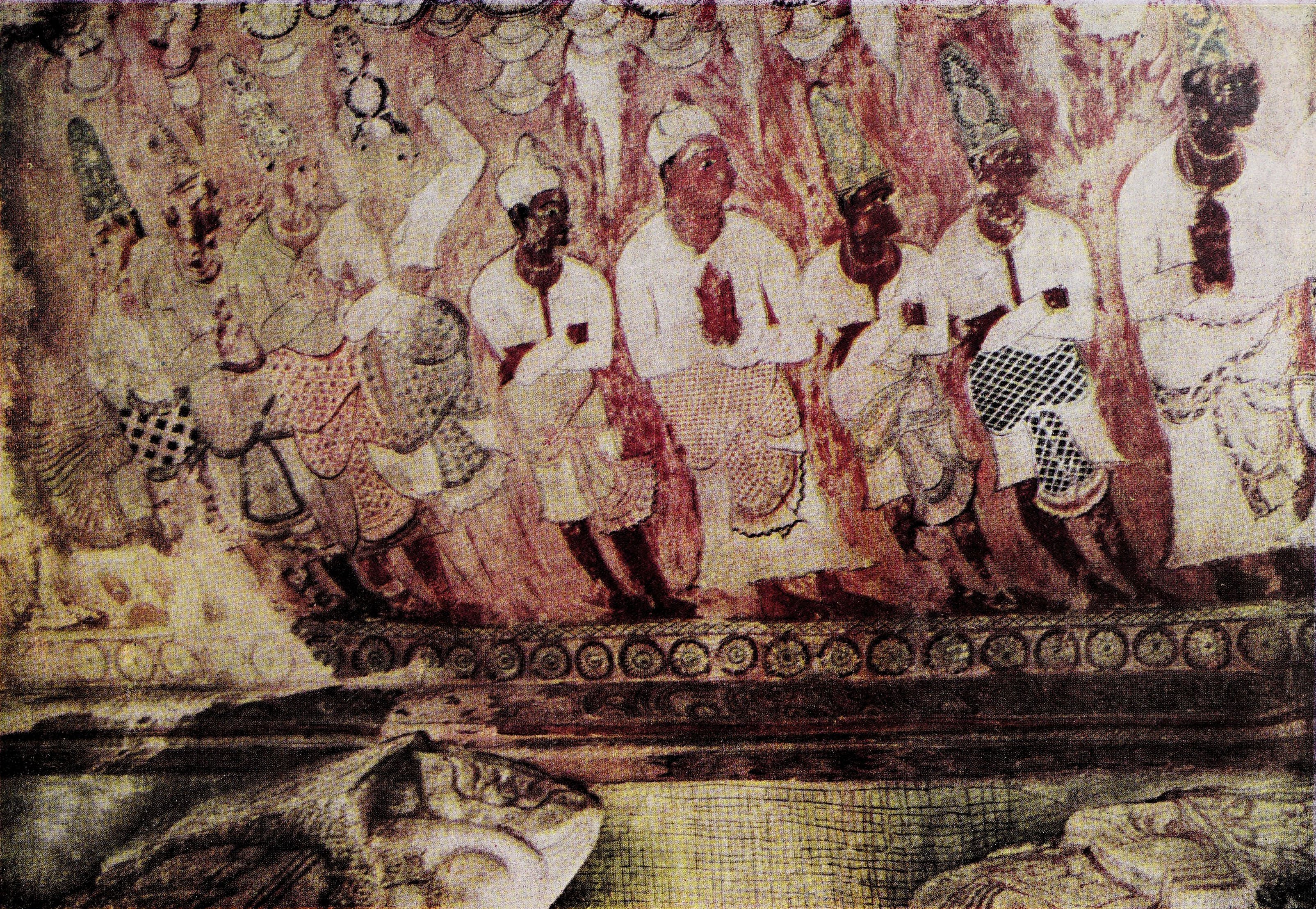 At Lepākṣī in Anantapur district, there is a temple of considerable importance, with a whole series of paintings giving the best report on Vijayanagara paintings in the sixteenth century. Though now an insignificant spot, it was once a great centre of trade. Pilgrims flooded here to visit the temple of Vīrabhadra that was famous in the days of the Vijayanagara monarchs at Lepākṣī. This temple was built by Vīrupaṇṇa Nāyaka and Vīraṇṇa who on behalf of the emperors ruled the area.

Vīrupaṇṇa was the son of Nandilakkiseṭṭi of Penukoṇḍa and rose to a position where he made himself prominent and indispensable. He was specially devoted to Vīrabhadra the valiant deity chosen as a model by him as a warrior like Rājarāja who chose Tripurāntaka as his ideal. It is interesting here to see how the emperor that he was, Rājarāja, could think only in terms of the highest lord Tripurāntaka, himself the potent form of Śiva as the warrior par excellence, while a lesser ruler like Vīrupanna could choose—of course the choice was his and entirely after his own predilection—Vīrabhadra, who was after all an emanation from Śiva and a lesser deity compared to the great warrior that is Śiva as Tripurāntaka. Inscriptions of the time of Acyutarāya inscribed on the walls of the temple give particulars about the neighbourhood, the temple and the devoted brothers. The three shrines are mentioned in the inscriptions.

A shrine of Śiva faces that of Viṣṇu, while further up in the centre, is the sanctum of Vīrabhadra, the principal deity here. They thus form a triangle with a common maṇḍapa in the centre, of which the ceiling has a painting of an extraordinarily large figure of Vīrabhadra with his devotees, Virūpaṇṃa and Vīraṇṇa, beside him. This magnificent large panel probably the largest painting anywhere that represents Vīrabhadra, is even larger to an extent than the largest painting of Śiva anywhere in any temple, larger even than that of Tripurāntaka in the Bṛhadīśvara temple at Tañjāvur that covers the entire range of the wall on the northern side.

There is also representation in painting of Vīrupaṇṇa and Vīraṇṇa, with their retinue, receiving sacred ashes from the priests of their tutelary deity, Vīrabhadra. Their dress and especially the headgear, recalling that of Kṛṣṇadevarāya with his queens in the bronze statue at Tirupati and the stone sculpture at Chidambaram, and that of Tirumalarāya in Tirupati, is most interesting. It is only the brothers as eminent chieftains, that are shown with this headgear, while the rest of the retinue wear other varieties of turban.