Musali means something in Hinduism, Sanskrit, Buddhism, Pali, Marathi, Jainism, Prakrit, Hindi, biology. If you want to know the exact meaning, history, etymology or English translation of this term then check out the descriptions on this page. Add your comment or reference to a book if you want to contribute to this summary article.

The Sanskrit term Muśalī can be transliterated into English as Musali or Mushali, using the IAST transliteration scheme (?).

Alternative spellings of this word include Musli.

Musalī (मुसली):—One of the sixty-eight Rasauṣadhi, very powerful drugs known to be useful in alchemical processes related to mercury (rasa), according to Rasaprakāśa-sudhākara (chapter 9).

Musali in the Sanskrit language is the name of a plant identified with Asparagus adscendens Roxb. from the Asparagaceae (Asparagus) family having the following synonyms: Asparagus satawur, Asparagopsis adscendens. For the possible medicinal usage of musali, you can check this page for potential sources and references, although be aware that any some or none of the side-effects may not be mentioned here, wether they be harmful or beneficial to health.

Musalī (मुसली) or Musalīkalpa refers to Kalpa (medicinal preparation) described in the Auṣadhikalpa, as mentioned in A. Rahman’s Science and Technology in Medievel India: A bibliography of source materials in Sanskrit, Arabic and Persian.—Ancient and medieval India produced a wide range of scientific manuscripts and major contributions lie in the field of medicine, astronomy and mathematics, besides covering encyclopedic glossaries and technical dictionaries.—The Auṣadhikalpa is a medical work of the type of Materia Medica giving twenty-six medical preparations [e.g., Musalī-kalpa] to be used as patent medicines against various diseases.

Musalī (मुसली) refers to the medicinal plant known as “Curculigo orchioides Gaertn.” and is dealt with in the 15th-century Yogasārasaṅgraha (Yogasara-saṅgraha) by Vāsudeva: an unpublished Keralite work representing an Ayurvedic compendium of medicinal recipes. The Yogasārasaṃgraha [mentioning musalī] deals with entire recipes in the route of administration, and thus deals with the knowledge of pharmacy (bhaiṣajya-kalpanā) which is a branch of pharmacology (dravyaguṇa).

Musali (मुसलि) in the Prakrit language is related to the Sanskrit word: Musalin.

2) [noun] a Northern constellation in the Milky Way, between Cygnus and Andromeda; the Lacerta.

2) [noun] a large voracious aquatic reptile having a long snout with massive jaws and sharp teeth and a body covered with bony plates; a crocodile.

3) [noun] any of various lizards of Chamaeleontidae family with an angular head, prehensile tail, eyes that move independently of each other, the ability to change skin colour rapidly, and a long, agile tongue for catching prey; a chameleon.

5) [noun] a male horse lacking normal function of reproduction or a castrated horse.

Chapter 125 - Different circles which get success in battle (yuddha-jaya) 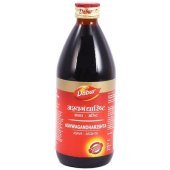