Photo 14 of 37 in Gallery: Vijayanagara Paintings 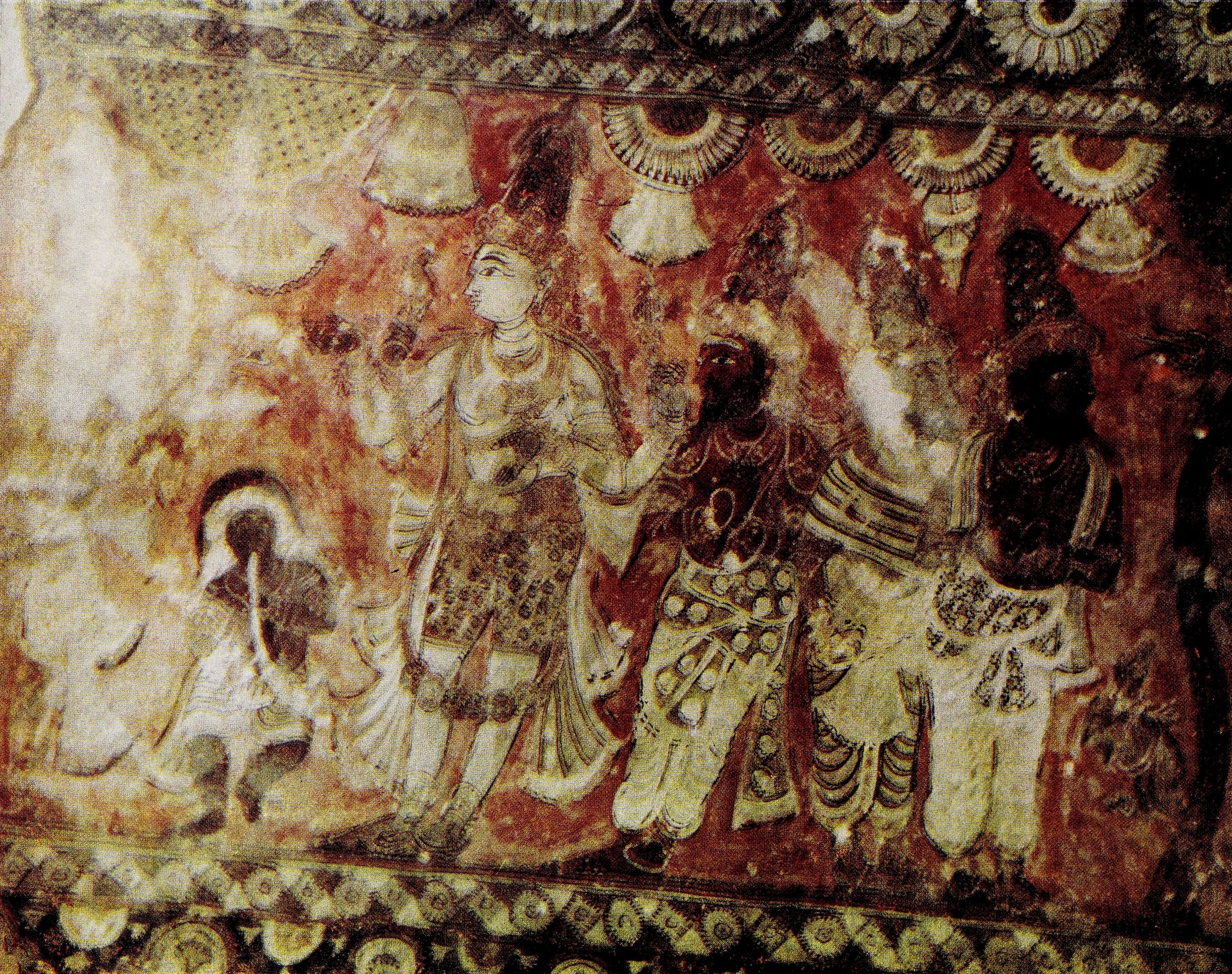 The divine grace of the boon-conferring Lord is clear in a painting where he is shown giving away one of his weapons to his devotees. Caṇḍeśa [Chandesa] receives with humility the axe that the deity kindly presents to him as the insignia of his office as the steward of his household, to which he is appointed. A Gaṇa between the two figures, blowing a long bugle, announces the great gift to the devotees who throng to see this event. The staff that the Brāhmaṇa boy, Vicāraśarma, used in his duties as a cowherd boy, turned miraculously into an axe, when, unknowingly he dealt a blow and cut off the legs of his father, who disturbed his bathing of the Śivaliṅga with the milk of the cows he tended, but unknowingly. In the Śivabhaktavilāsa it is given as by Śiva, “you are given for ever command at the gate of my household”.