Photo 1 of 37 in Gallery: Vijayanagara Paintings 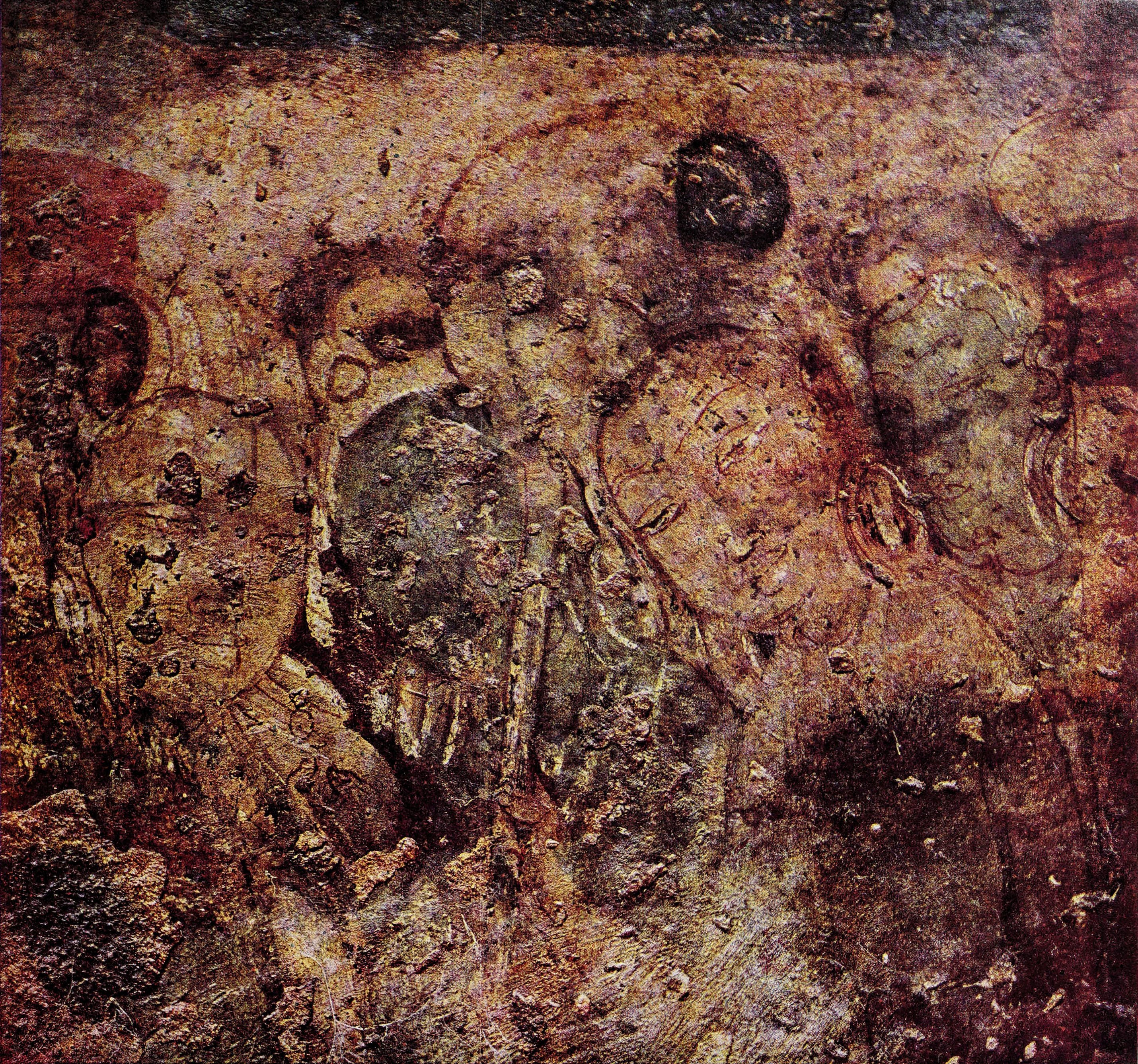 To the left of the picture is the queen attended by prasdāhikās or attendants, one of whom is painting her feet with red lac, alaktaka. The queen is seated on a low couch with rectangular back provided with cushions, caurī-bearers, cāmaradhāriṇīs, with their hair dressed either in dhammilla or jaṭā fashion, braided or plaited, attend on her and also on the prince. The queen is relaxed, her right leg touching the footstool, pādapīṭha, and the left raised on the seat itself. Ear-rings, patrakuṇḍalas, droop from her ear lobes. The ananta, armlet, entwines her arm.  The necklets and bracelets add charm to an already beautiful figure. Her hair is dressed in lovely dhammilla fashion and the ringlets of hair, cikuras, are visible as nestling on her forehead. She wears a striped ardhoruka, short garment covering the thighs.

The prince is swarthy and the queen of the fair type, recalling Kālidāsa (cf. Raghuvaṃsa 6.65): “The king is dark like a lily, you fair like musk; let you both unite like the cloud and lightning, enhancing your beauty.” This appears to be the portrait of Kīrtivarman, painted as pendant to Indra in all his glory, in his court, to suggest the close similarities between the king of heaven and the sovereign of the earth that Kālidāsa has so often suggested as in “The thunderbolt of Indra in heaven and the bow and arrow of the king on earth sustain the two worlds” (cf. Raghuvaṃsa 9.12). Maṅgaleśa had such great love and respect for his royal elder brother that he not only got his painting prepared, comparing him to Indra himself than which comparison no better compliment was possible, but also made over to him the entire merit of the offering of the cave, as recorded in the inscription here.

It is this painting probably that inspired the portrait done by Narasiṃhavarman of his grandfather and father, Siṃhaviṣṇu and Mahendravarman with their names inscribed in the Varāha cave where the Varāha panel itself is inspired by the identical theme carved at Bādāmī.