Photo 2 of 37 in Gallery: Vijayanagara Paintings 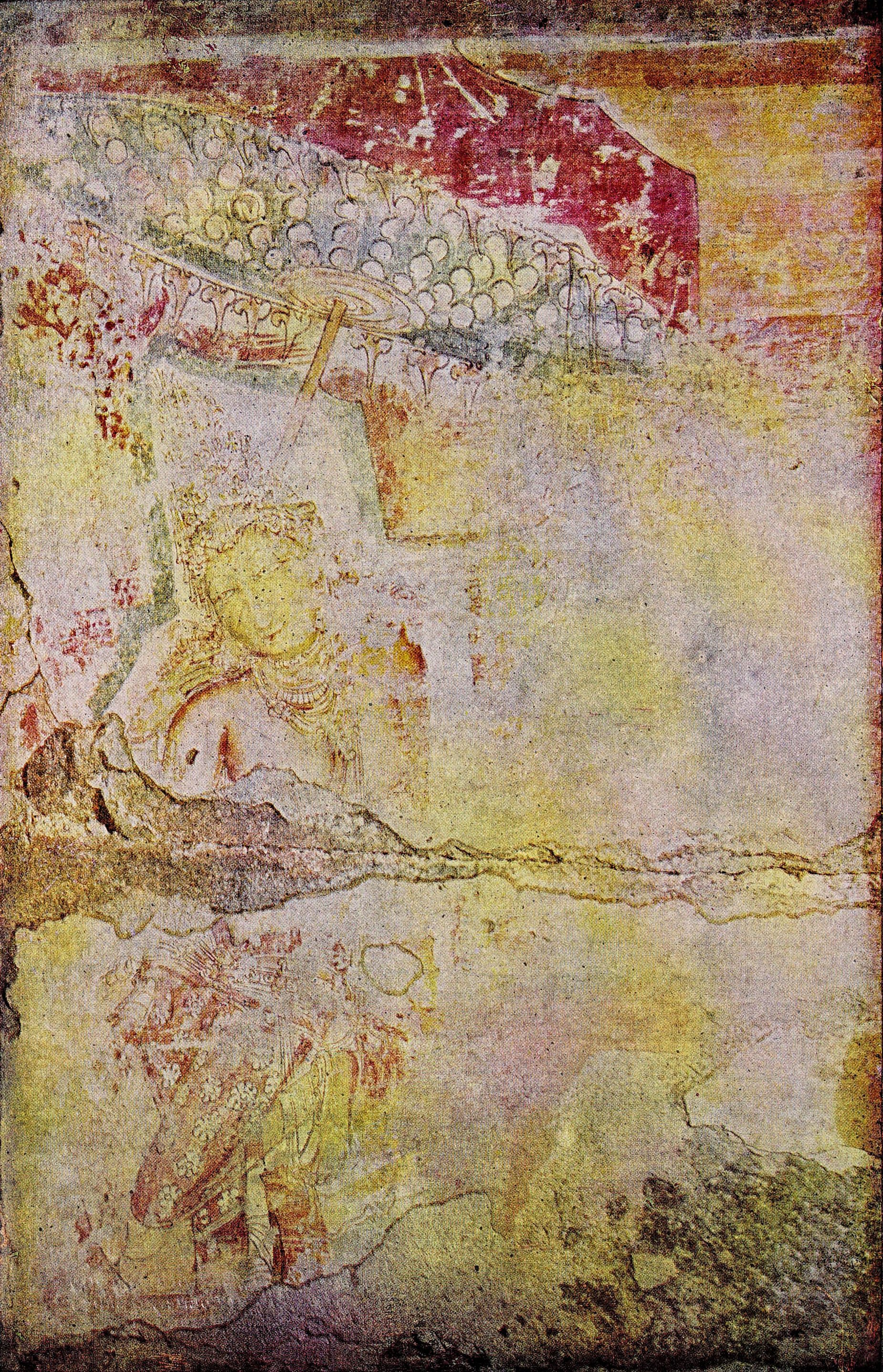 In the sculptural Pallava temples of Panamalai and Kāñchīpuram [Kāñcīpura] there are fragments which give us a glimpse of the development of painting a few decades later than what we see at Māmaṇḍur. The beautiful goddess with a crown on her head and an umbrella held over her, from Panamalai, is Pārvatī watching the dance of her Lord Śiva. She stands gracefully with one leg bent in exactly the same manner as the princess is represented in sculpture of the second century at Amarāvatī and in Vākāṭaka painting of the fifth century at Ajaṇṭā. It is this favourite pose that continues even into later times, and one of the masterpieces of sculpture of the Chola period at Tribhuvanam is a magnificent Surasundarī, celestial nymph, in an identical posture.

Pārvatī at Panamalai, in this painting, is very close to a large painting of Śiva dancing in the lalāṭatilaka, foot touching forehead pose, multi-armed, exactly as he is portrayed in relief to the right of the entrance of the main cell of the Kailāsanātha shrine at Kāñchīpuram [Kāñcīpura]. Unfortunately, the form in this painting is almost completely faded out, though with difficulty it can be made out by close examination. This painting along with the charming remains of a princely figure, and a Somāskanda, from two of the cloistered cells surrounding the courtyard of the Kailāsanātha temple at Kāñchīpuram [Kāñcīpura], illustrate the painter’s art in Rājasiṃha’s time. The paintings were the discovery of Jouveau Dubreuil, who had earlier noticed such remains in Sittannavāśal.