Male means something in Hinduism, Sanskrit, the history of ancient India, Hindi, biology. If you want to know the exact meaning, history, etymology or English translation of this term then check out the descriptions on this page. Add your comment or reference to a book if you want to contribute to this summary article. 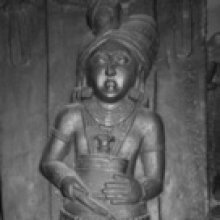 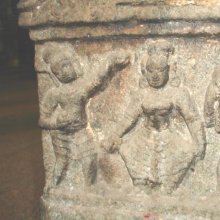 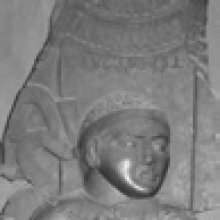 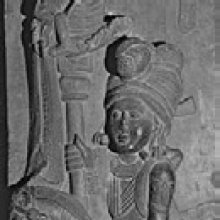 Male in the Marathi language is the name of a plant identified with Panicum antidotale Retz. from the Poaceae (Grass) family having the following synonyms: Panicum miliare, Panicum proliferum. For the possible medicinal usage of male, you can check this page for potential sources and references, although be aware that any some or none of the side-effects may not be mentioned here, wether they be harmful or beneficial to health.

Male (“garland”) is one of the many exogamous septs (division) among the Holeyas (field labourers). There are customs remaining which seem to indicate that the Holeya people were once masters of the land.

1) [verb] to behave insolently, impudently; to be haughty.

Male (ಮಲೆ):—[verb] to become muddy; to have the sediment stirred.

2) [noun] a forest on and around a mountain.

3) [noun] a region consisting mainly of hills and mountains.

4) [noun] an inhabitant of this region.

Maḷe (ಮಳೆ):—[noun] the continuous fall of water drops from the clouds; rain.

Maḻe (ಮೞೆ):—[noun] the continuous fall of water drops, in a large number, from the clouds; rain.

1) [noun] a string or garland of flower.

2) [noun] a string of beads, jewels, etc. or a chain of gold, etc. worn around the neck; a necklace.

3) [noun] a number of people or things arranged so as to form a line; a row.

4) [noun] a large number of perople, animals or things gathered at a place; a multitude.

6) [noun] ಮಾಲೆ ಹಾಕು [male haku] māle hāku (a bride or bridegroom) to put a garland around the neck of the person whom one is marrying.

1) [noun] a string or garland of flower.

2) [noun] a string of beads, jewels, etc. or a chain of gold, etc. worn around the neck; a necklace.

3) [noun] a number of people or things arranged so as to form a line; a row.

4) [noun] a large number of people, animals or things gathered at a place; a multitude.

Part 2d - Rasa (4): Hāsya or the sentiment of humour < [Chapter III - Literary Assessment Of The Śrīkaṇṭhacarita]

Chapter XVI - The Nature Of Procreation

Chapter X - The Battle With The Primeval Ox

Chapter XV - The Nature Of People

Saying 114 - The Female Element Must Make Itself Male

Saying 22 - Those Who Enter The Kingdom Resemble Little Ones

The Nightingale of India: Some Memories < [October – December, 1979]