Gopal means something in Hinduism, Sanskrit. If you want to know the exact meaning, history, etymology or English translation of this term then check out the descriptions on this page. Add your comment or reference to a book if you want to contribute to this summary article. 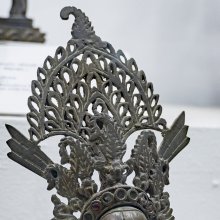 One of the 108 names of Krishna; Meaning: "One Who Plays With The Cowherds, The Gopas"

Search found 12 books and stories containing Gopal; (plurals include: Gopals). You can also click to the full overview containing English textual excerpts. Below are direct links for the most relevant articles:

Chapter III - The Legend of Gopal the Witness