This page contains an iconography image of (Avalokiteshvara): Trailokyavashankara and represents figure 114 of the book Indian Buddhist Iconography, based on extracts of the Sadhanamala English translation. These plates and illustrations represent either photographs of sculptures or line-drawing reproductions of paintings or other representations of Buddhist artwork. 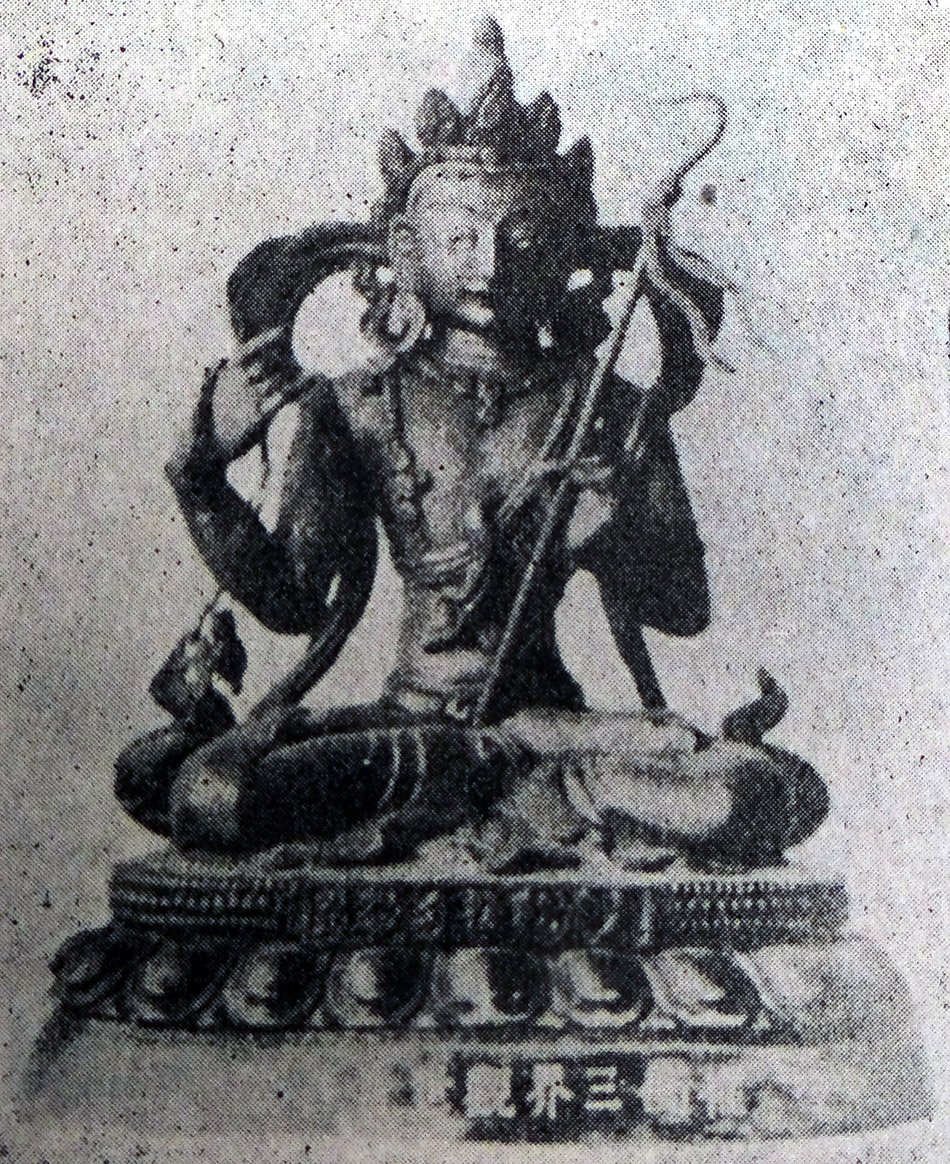 This variety of Lokeśvara is also known by the name of Uḍḍiyāna or Oḍḍiyāna Lokeśvara or Lokeśvara as worshipped in Uḍḍiyāna which was, in the middle ages, a great centre of Tāntric learning. It has already been shown that there are good grounds for identifying this Uḍḍiyāna with the village of Vajrayoginī in the Pargana Vikrampur in the district of Dacca now in Eastern Pakistan. This form of Lokeśvara does not seem to have been widely represented. There is a bronze image of the god in the Kva Vahal at Pattan in Nepal, but it does not follow the Sādhana in all details. Two Sādhanas in the Sādhanamālā are devoted to the worship of Trailokyavaśaṅkara.

The Dhyāna, it may be noticed, does not expressly mention the name of Trailokyavaśaṅkara which is given in the colophon. It further says that the Sādhana is composed by the great Tāntric savant, Sarahapāda, famous in the Middle Ages as one of the eighty-four Mahāsiddhas “Great Mystics”. Two illustrations of this form of Avalokiteśvara occur in the Two Lamaistic Pantheons of Clark. Fig. 114 illustrates one of the statuettes in China.