This page contains an iconography image of Manjushri Sthiracakra (Vangiya Sahitya Parishat) and represents figure 93 of the book Indian Buddhist Iconography, based on extracts of the Sadhanamala English translation. These plates and illustrations represent either photographs of sculptures or line-drawing reproductions of paintings or other representations of Buddhist artwork. 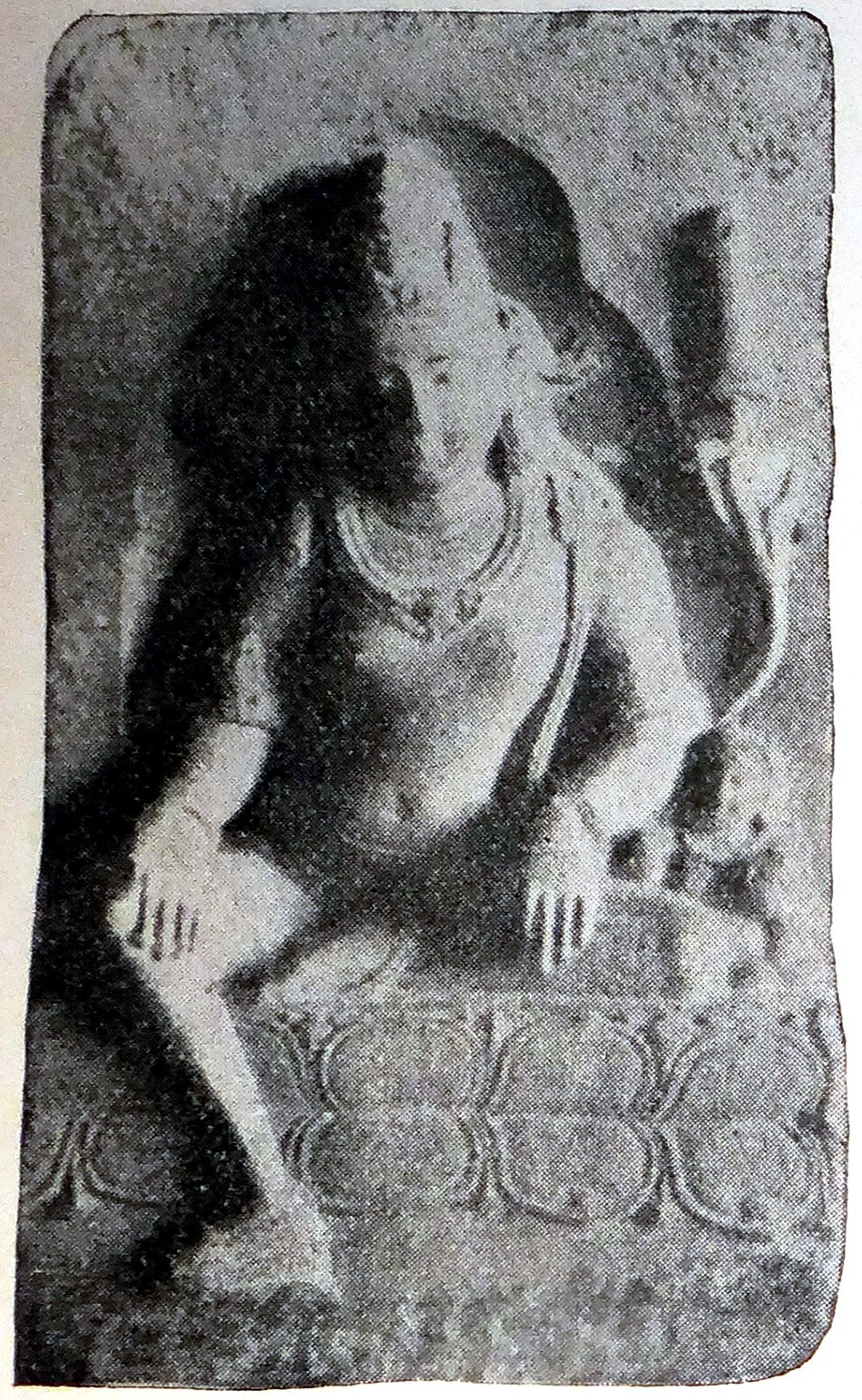 The Sādhana for the worship of Sthiracakra has one remarkable feature which distinguishes it from the other Sādhanas in the Sādhanamālā, namely, that it does not give the Dhyāna at a stretch, but the information about his form is scattered throughout the Sādhana, which again, is in verse. From the information gleaned from the Sādhana about his form it appears that in one of his hands he carries the sword, which by radiating light destroys the darkness of ignorance, while the other is engaged in bestowing boons of all kinds, or in other words, displays the Varada pose. His colour is white and he is decked in garments of the colour of the bee ; he sits on the moon, supported by a lotus, and wears the Cīrakas which makes his body resplendent. He wears princely ornaments and displays the sentiment of passionate love. He is accompanied by a Prajñā, who is beautiful, displays the sentiment of passionate love and laughs profusely.

Images of this form of Mañjuśrī are rarely met with. The Vaṅgīya Sāhitya Pariṣat (Calcutta) image No. C(d) 8/16 has a feint resemblance with the description given above, and may quite conceivably represent Sthiracakra. The special feature of this image is that the sword appears on a lotus, the stem of which is held in the left hand of the god, while the right hand exhibits the Varada pose. He sits in the Lalitāsana on the moon over a lotus, and is accompanied by his Śakti who according to Indian custom occupies a position to the left of her consort (Fig. 93).

Sthiracakra is represented in the Chinese Collection.