This page contains an iconography image of Buddha in different Mudras (Java) and represents figure 18 of the book Indian Buddhist Iconography, based on extracts of the Sadhanamala English translation. These plates and illustrations represent either photographs of sculptures or line-drawing reproductions of paintings or other representations of Buddhist artwork. 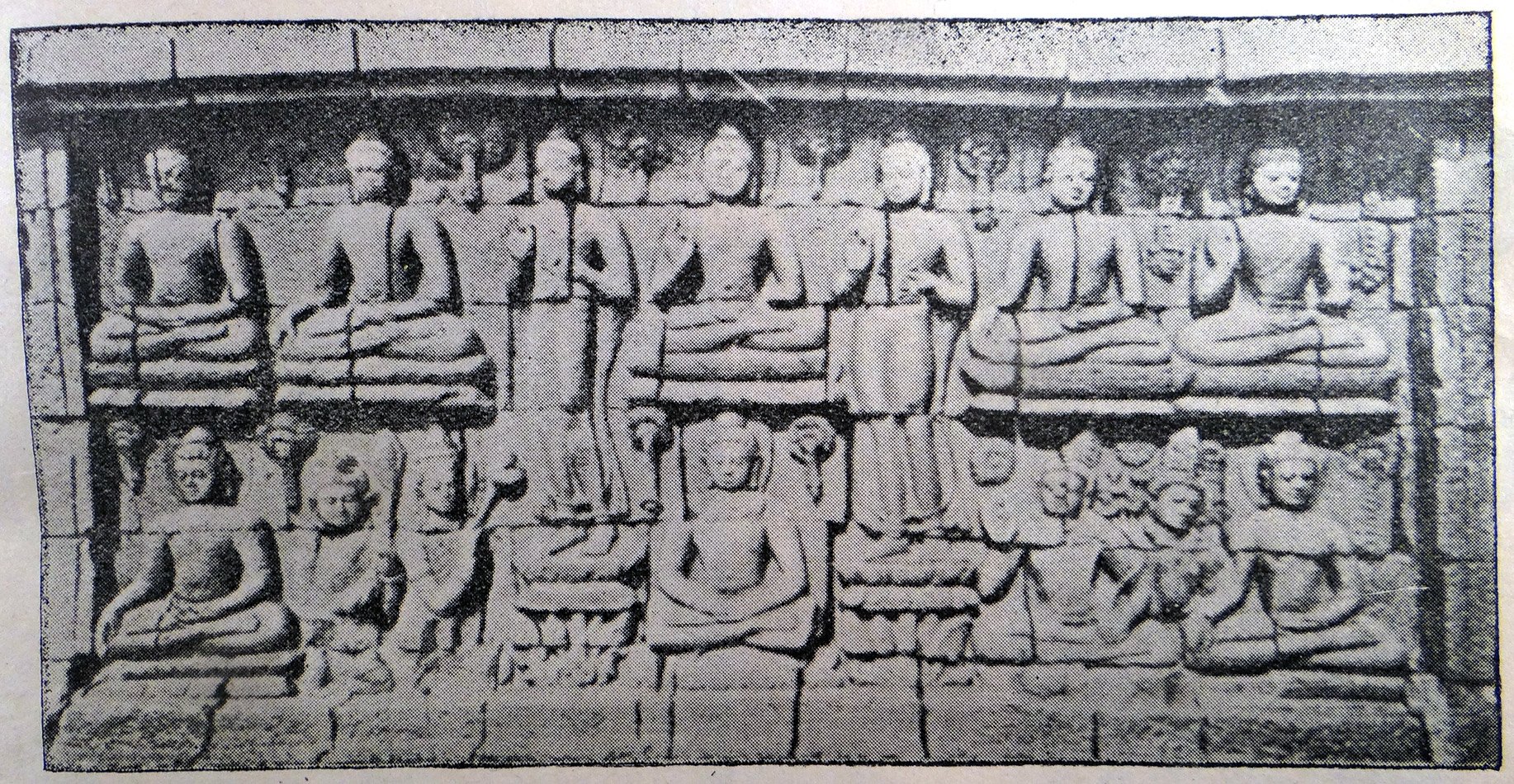 The Dhyāni Buddhas are a peculiar kind of Buddhas who are not required to pass through the stage of a Bodhisattva. They were never anything less than a Buddha. They are always engaged in peaceful meditation, and they voluntarily abstain themselves from the act of creation. To create is the work of their emanations, the Divine Bodhisattvas. As has been said already, the Dhyāni Buddhas are five in number to which a sixth Vajrasattva is sometimes added. The Guhyasamāja Tantra makes it clear that all the five Dhyāni Buddhas along with their female counterparts and the guardians of gates were known in circa 300 A. D. the time of the introduction of this new Tantra.

That the five Dhyāni Buddhas might have owed their origin to the theory of the eternity of the five senses, seems to be borne out by a passage in the Cittaviśuddhiprakaraṇa of the Tantric Āryadeva. But it may also be possible that the five Mudrās which Buddha Śākyasiṃha made sacred by using on memorable occasions and which were constantly depicted in the Buddhistic figures of the different schools of art, gave rise to the five Dhyāni Buddhas (Figs 17, 18).

Credits of figure 18 (Buddha in different Mudrās) goes to The Archaeological Survey of India, New Delhi along with the Archaeological Museums at Calcutta, Lucknow, Sarnath and Nalanda functioning under the Department.