Photo 32 of 37 in Gallery: Vijayanagara Paintings 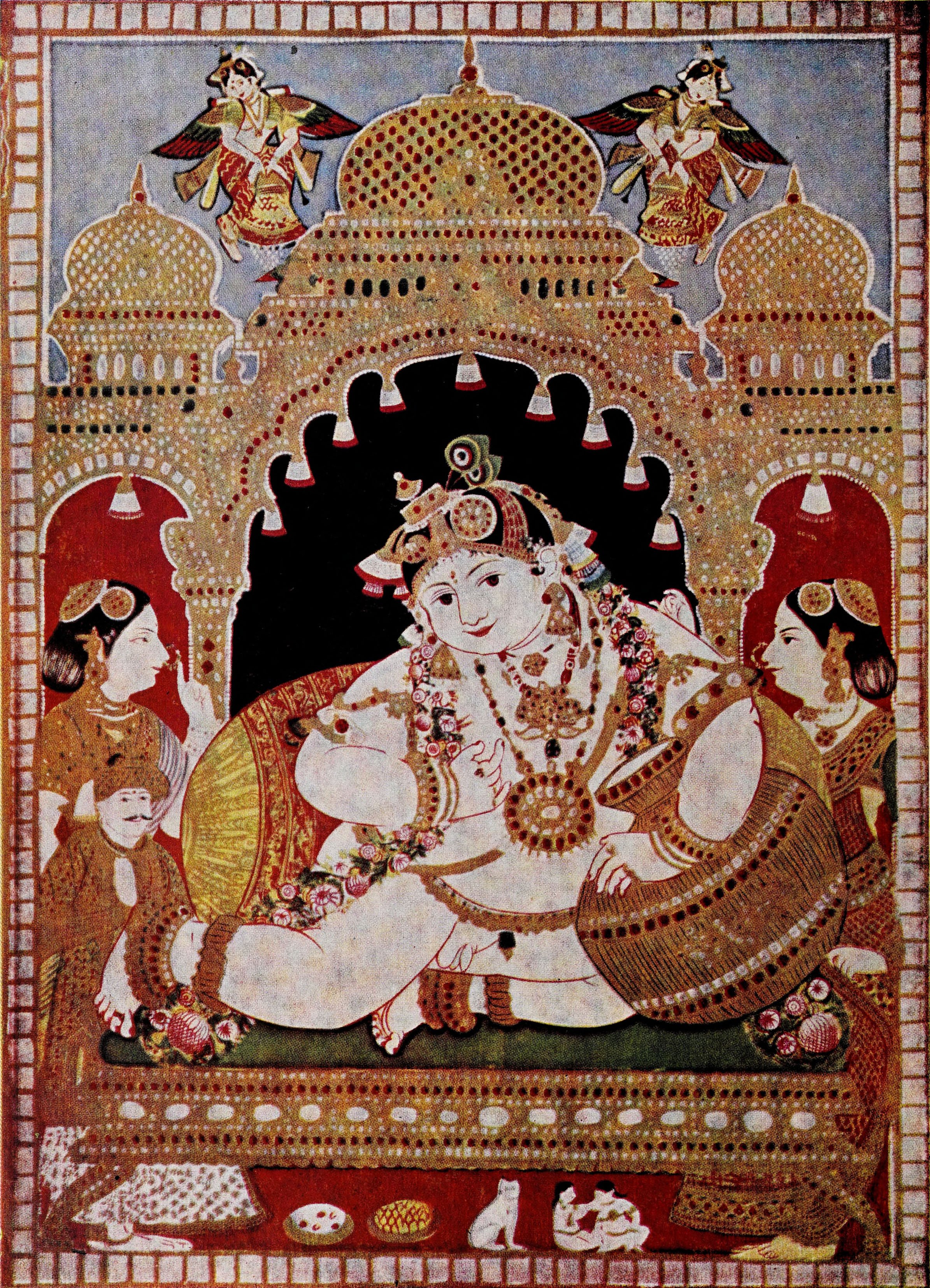 A portrait of this ruler of Tañjāvur is found in a Navanītakṛṣṇa (Navanita-Krishna) in the National Museum where humbly at the feet of the large-proportioned baby, the prince is shown in the characteristic royal costume and turban of the day, his hands brought together in añjali. This is a very fine picture giving the best elements of this school. During the time of the Marathas in the south, there was great encouragement of music, dance, literary composition, every art and craft.

Tanjavur and Kumbakonam became great centres of this mode of painting with Maharashtrian touches introduced in what continued to be mainly the local Nayaka style. Vijayanagara idiom could still be seen, though in a peculiarly transformed form which, from the middle of the eighteenth century, continued for nearly a century more. In this there is a stress of pure colours, avoiding mixing, but with slight, stylised modelling effected by shading the inside of the contour. The principal colours are red, yellow, blue-black and white, all of them pure colours and untinged. Jewels, drapery and architectural elements, like pillars and canopy, are slightly raised, as in low relief, by the use of a special paste composed of fine sawdust and glue, carefully modelled and covered with gold leaf, after fixing in it semi-precious stones of different hues. This is a noteworthy characteristic of the Tanjavur mode.