Photo 28 of 37 in Gallery: Vijayanagara Paintings 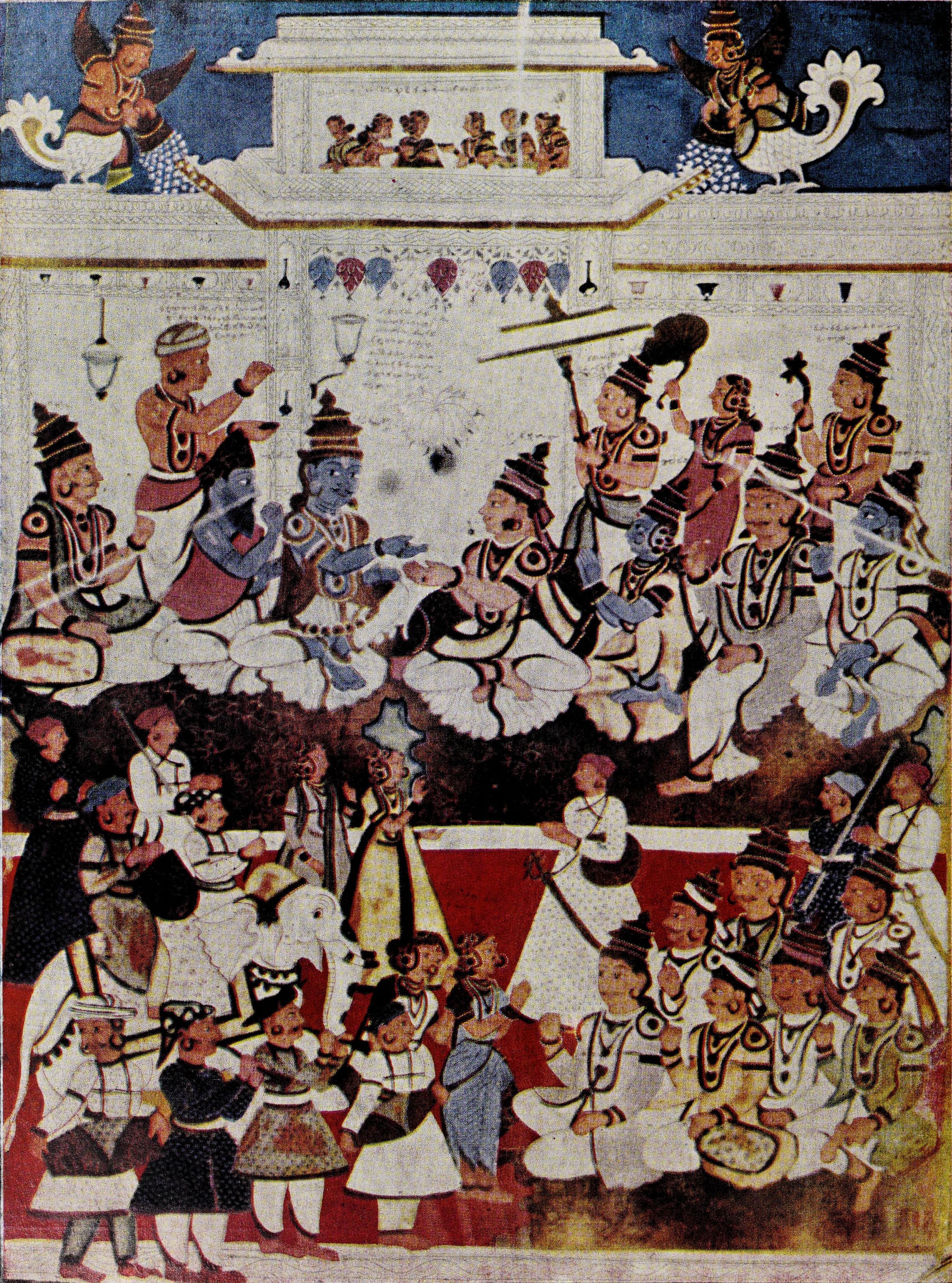 The paintings from the temple at Tāḍpatri, the later murals from Kāñcīpuram [Kanchipuram] area, the miniature paintings from the Āndhra and Tamil districts, like the Coronation of Yudhiṣṭhira and the Yamapaṭa scene from Cuddapah [Kadapa], and the long series of Rāmāyaṇa episodes, with explanatory labels, as is usual in such paintings, both in murals and miniatures, are all typical examples of this phase.