Photo 27 of 37 in Gallery: Vijayanagara Paintings 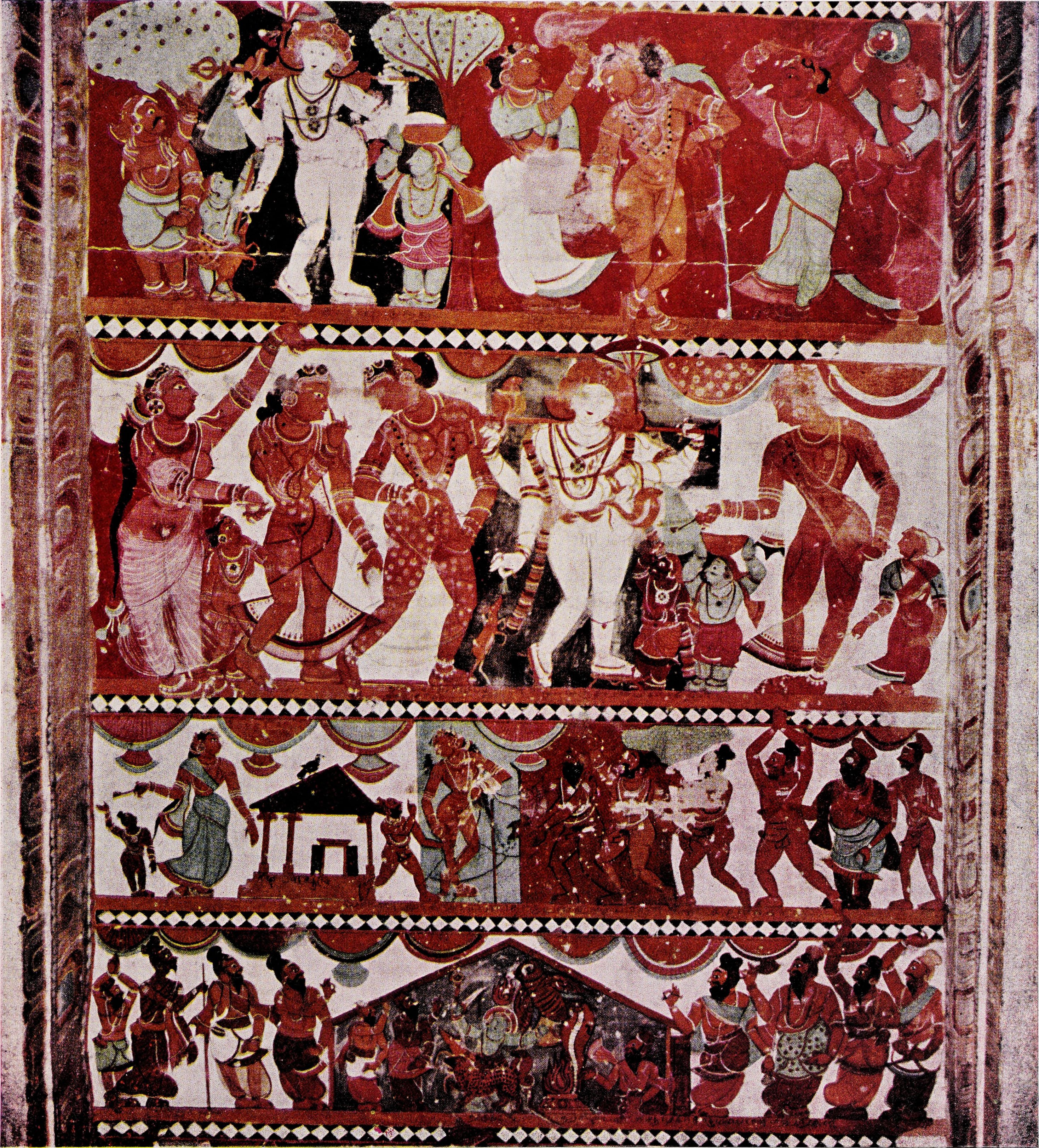 In the temple at Chidambaram, on the ceiling of the large maṇḍapa in front of the shrine of Śivakāmasundarī, there is represented the story of the genesis of the Bhikṣāṭana form of Śiva and of Mohinī of Viṣṇu. The plan of Śiva and Viṣṇu to proceed to Dārukāvana to test the Ṛṣis and Ṛṣipatnis, by assuming the strange guise of the naked beggar and the bewitching enchantress, succeeds. Bhikṣāṭana captures the hearts of the Ṛṣipatnis while Mohinī ravishes the hearts of the sages, as narrated at length in long panels, row after row, in bright and beautiful colours.

Beyond this story is that of the discomfited Ṛṣis performing the ābhicārika homa to destroy Śiva and how, out of the fire, arose the deer, the snake, the tiger, Muyalaka and so forth. Towards another end of the maṇḍapa, there is Gaṇeśa and Umāsahita with Ṛṣis, Skanda with Vallī and Devasenā, Nandī conversing with Śiva and Pārvatī in Kailāsa, Naṭarāja as Sabhāpati with Śivakāmasundarī, surrounded by Gaṇas dancing and playing musical instruments. There are also several other stories from Śivapurāṇa, illustrating the lives of saints.