Tamil means something in Hinduism, Sanskrit, the history of ancient India, Hindi. If you want to know the exact meaning, history, etymology or English translation of this term then check out the descriptions on this page. Add your comment or reference to a book if you want to contribute to this summary article. 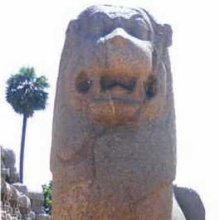 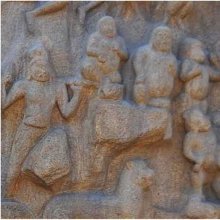 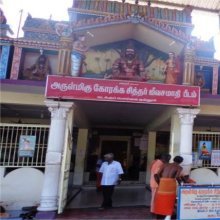 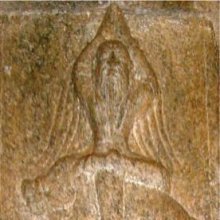 Tamil is a Dravidian language spoken predominantly by Tamil people of the Indian subcontinent. It has official status in the Indian state of Tamil Nadu and in the Indian union territory of Pondicherry. Tamil is also an official language of Sri Lanka and Singapore. It is one of the 22 scheduled languages of India and the first Indian language to be declared as a classical language by the government of India in 2004. Tamil is also spoken by significant minorities in Malaysia and Mauritius as well as emigrant communities around the world.

Tamil is one of the longest surviving classical languages in the world. It has been described as "the only language of contemporary India which is recognizably continuous with a classical past" and having "one of the richest literatures in the world". Tamil literature has existed for over 2000 years.

Tamil.—name of an alphabet and language. Note: tamil is defined in the “Indian epigraphical glossary” as it can be found on ancient inscriptions commonly written in Sanskrit, Prakrit or Dravidian languages.

1) Tamil in Hindi refers in English to:—(nf) the oldest of the four major south Indian languages belonging to the Dravidian family; ~[nadu] the South-Indian state of Tamilnadu..—tamil (तमिल) is alternatively transliterated as Tamila.

2) Tamil in Hindi refers in English to:—(nf) carrying out, implementation (of an order); service (of summons etc.)..—tamil (तामील) is alternatively transliterated as Tāmīla.

Search found 64 books and stories containing Tamil, Tamiḻ; (plurals include: Tamils, Tamiḻs). You can also click to the full overview containing English textual excerpts. Below are direct links for the most relevant articles:

The Future of Tamil Literature < [September-October 1933]

The Mahābhārata in the Tamil country in the Sangam age < [Introduction]

Chapter 4f - Invasion of the Tamils

Twin Texts: The Canonization of the Tiruviḷaiyāṭal Purāṇam < [Chapter 4 - The Language Games of Śiva]

A Short history of Lanka (by Humphry William Codrington)