This page contains an iconography image of Emanations of Ratnasambhava: Prasannatara (Prasanna Tara) and represents figure 192 of the book Indian Buddhist Iconography, based on extracts of the Sadhanamala English translation. These plates and illustrations represent either photographs of sculptures or line-drawing reproductions of paintings or other representations of Buddhist artwork. 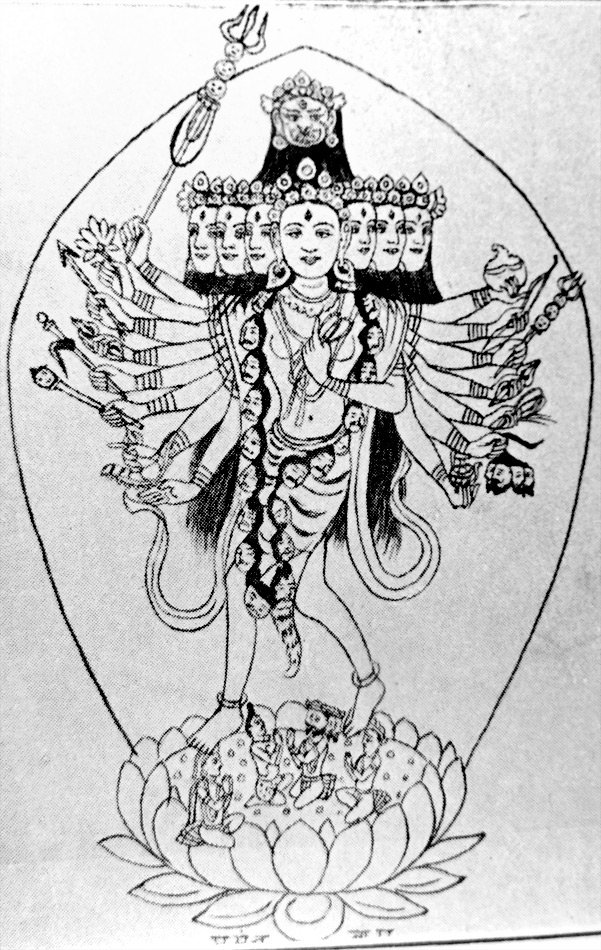 Prasannatārā is mentioned twice in the Sādhanamālā, once as a companion of Aṣṭabhujā Kurukullā and once again as a principal deity in the Sādhana. As a companion of Kurukullā she is red, but her independent form shows the yellow colour. Thus in the absence of more definite information, she has to be assigned to the family of the Dhyāni Buddha Ratnasambhava of yellow colour. The Sādhana devoted to her independent form gives her the epithets of Amṛtamukhī and Amṛtalocanā and there is no doubt that except for the face on the top all her seven faces are represented as having charmingly sweet expression. But she is not benign and peaceful. She is fearful like Vidyujjvālākarālī, a form of Ekajaṭā.

Fig. 192 illustrates a Nepalese drawing of the goddess [Prasannatārā] which tallies with the Sādhana in major details.