This page contains an iconography image of Goddesses of Direction (2): Vajrapashi and represents figure 193 of the book Indian Buddhist Iconography, based on extracts of the Sadhanamala English translation. These plates and illustrations represent either photographs of sculptures or line-drawing reproductions of paintings or other representations of Buddhist artwork. 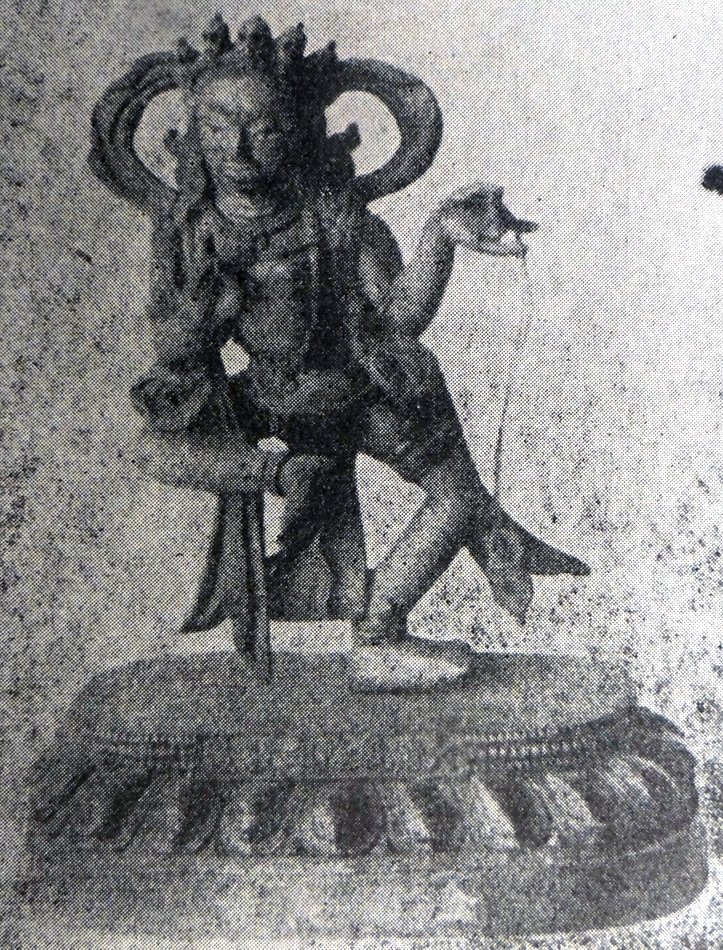 Introduction: Just as there are ten gods of the quarters for all the Maṇḍalas of principal gods, even so there are six goddesses presiding over the six quarters [viz., Vajrapāśī], with different names and different weapons in their hands. An account of these goddesses is not only interesting but also very important for the purpose of identifying deities of the Buddhist pantheon. Their names and weapons are recorded in the Maṇḍala of Vajratārā in the Niṣpannayogāvalī (p. 38) as also in the Vajratārāsādhana (p. 185) in the Sādhanamālā.

The second goddess in the series is Vajrapāśī who is the presiding deity of the Southern quarter.

Her form is as follows:

“In the South is Vajrapāśī, yellow in colour holding in the right hand the Noose”.

She shows the raised index linger in the left band. Her image is found in China. One of the Chinese statuettes is illustrated in Fig. 193.