This page contains an iconography image of Manjushri Manjuvajra and represents figure 87 of the book Indian Buddhist Iconography, based on extracts of the Sadhanamala English translation. These plates and illustrations represent either photographs of sculptures or line-drawing reproductions of paintings or other representations of Buddhist artwork. 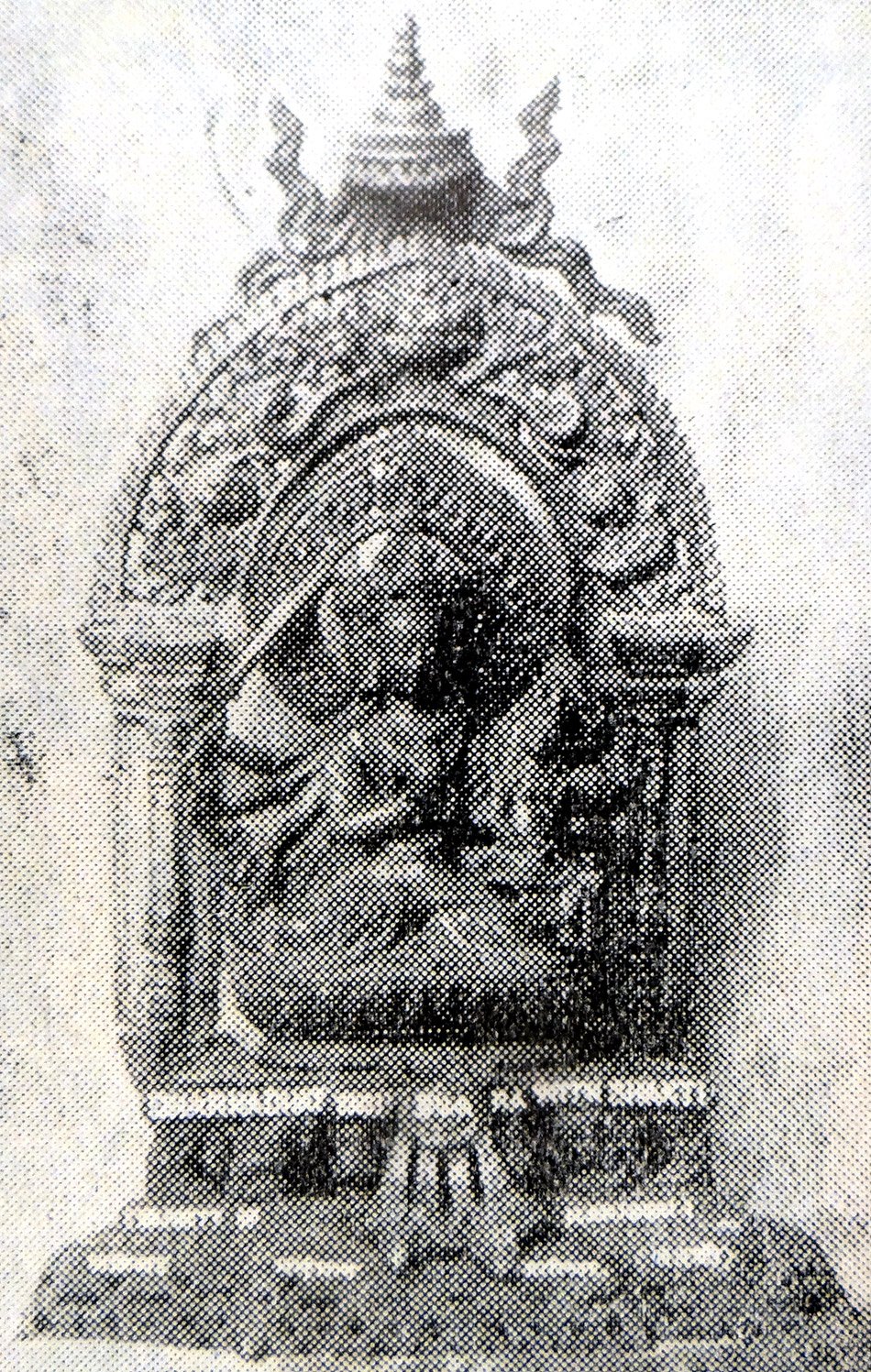 The form of Mañjuśrī called by the name of Mañjuvajra is somewhat popular amongst the Tantric Buddhists. Several of his forms are described both in the Sādhanamālā and the Niṣpannayogāvalī of Abhayākara Gupta.

Mañjuvajra is the principal deity in a second Maṇḍala dedicated to Mañjuvajra in the Niṣpannayogāvalī. Here he is identified with the Sixth Dhyāni Buddha Vajrasattva. The Kuleśa of this god is Akṣobhya according to a definite statement in the Maṇḍala.

Under the name of Mañjuśrī his different forms are to be found in the Chinese collection. Fig. 87 illustrates an eight-armed Mañjuvajra with the Śakti in the Baroda Museum. It is both remarkable and beautiful.