Sculptures in temples in Kumbakonam: photo 11

Photo 11 of 640 in Gallery: Sculptures in temples in Kumbakonam 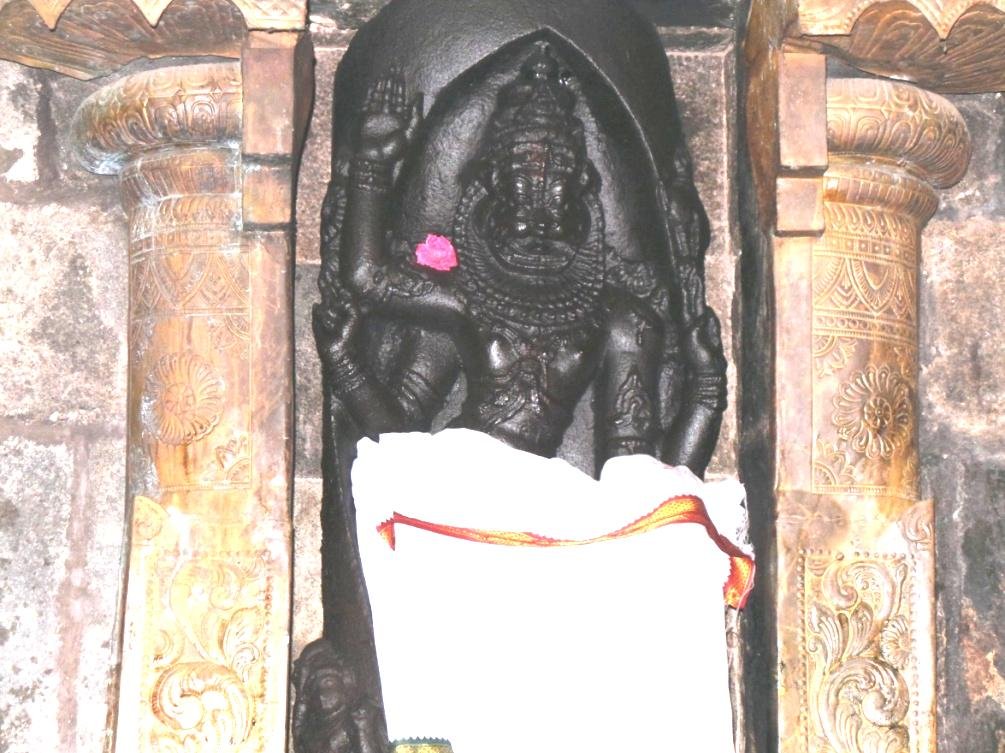 Narasimha is one of the 10 incarnations of Lord Visnu. Hiranyakasipu had a boon from Lord Brahma that he cannot be killed either by man or animal, during day or night, inside or outside a place, neither on earth nor sky and by no weapons. Hence the Lord incarnated as Narasimha–half man and half lion, he put him on his lap in the twilight hours and tore him with his nails. In this sculpture we can see the Lord fighting with Hiranyakasipu.