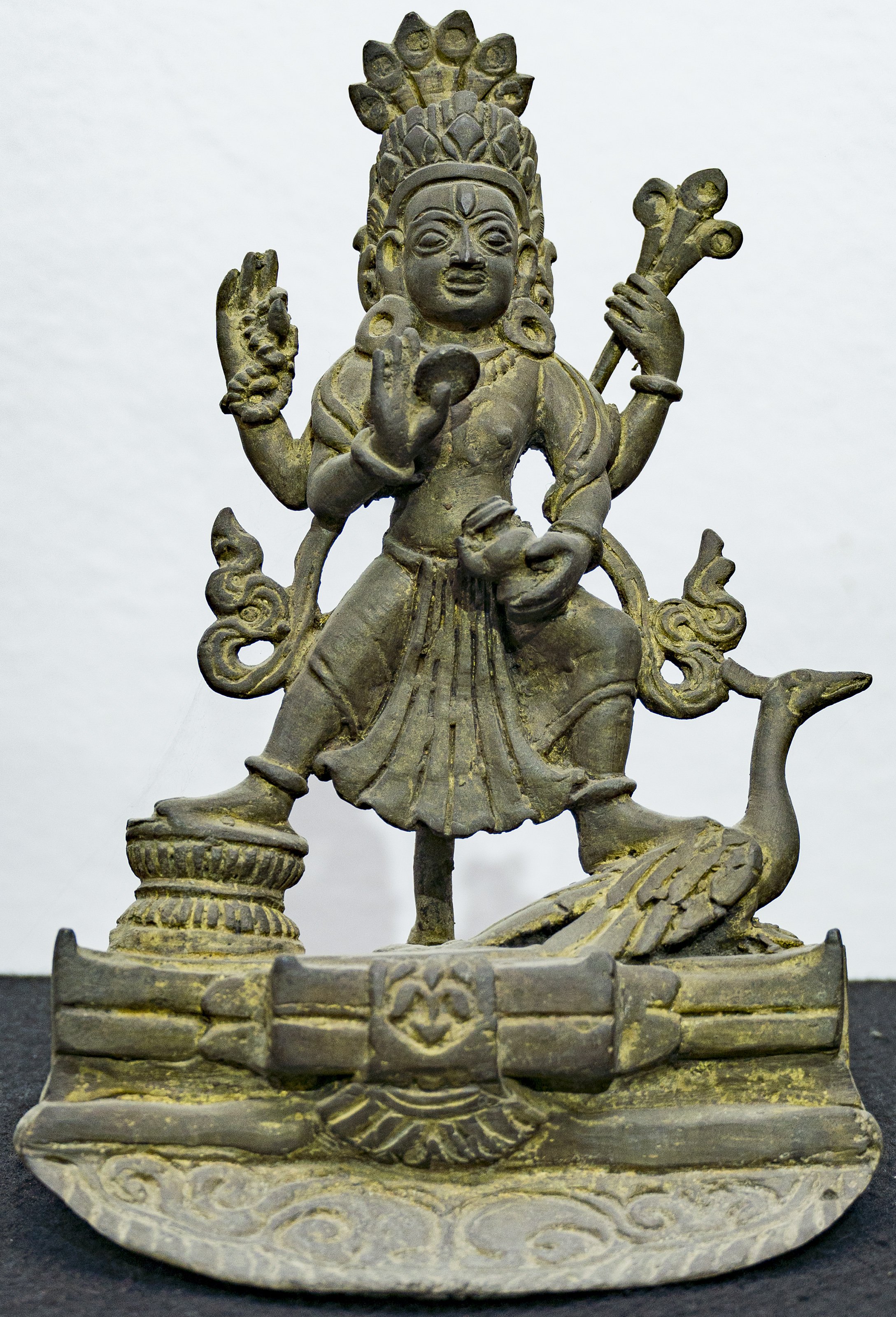 This bronze sculpture shows an image of Kumar (Kumara), from the 20th century.—The image of Kumara, as the offspring of Shiva and Parvati, is carved magnificently where Kumara is seated on the beautifully decorated dais.