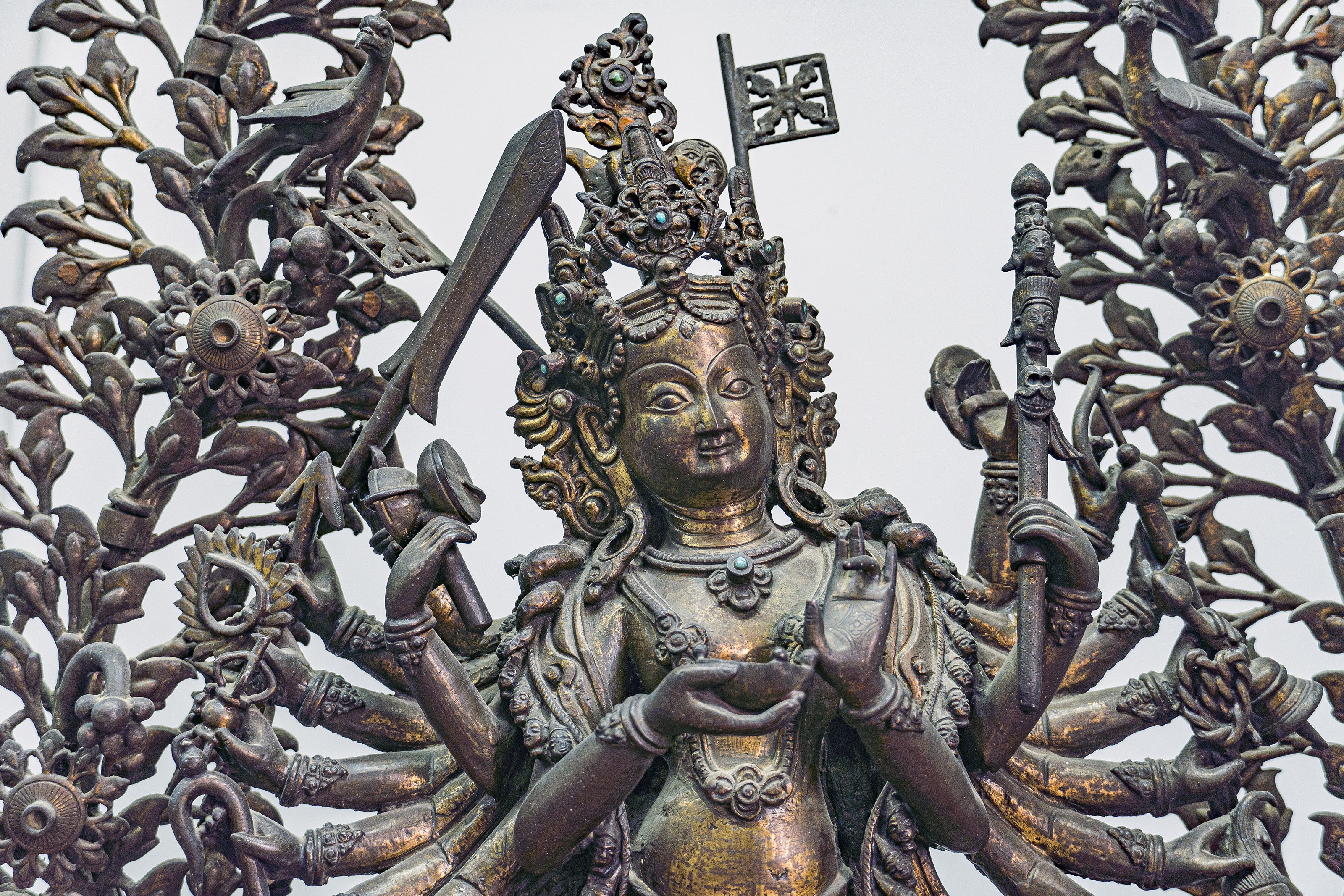 This bronze sculpture shows an image of Mahishasura Mardini (detail of head), from the 20th century A.D.—This image of Durga is showing the very ferocious female aspect as a consort of Shiva. In such images Durga is shown killing Mahisha-Asura, the demon chief. This form of Durga is worshiped during the Dasai festival in Nepal. This image is shown standing on the double lotus base with her right hand nabbing the trident into the body of the demon leader.