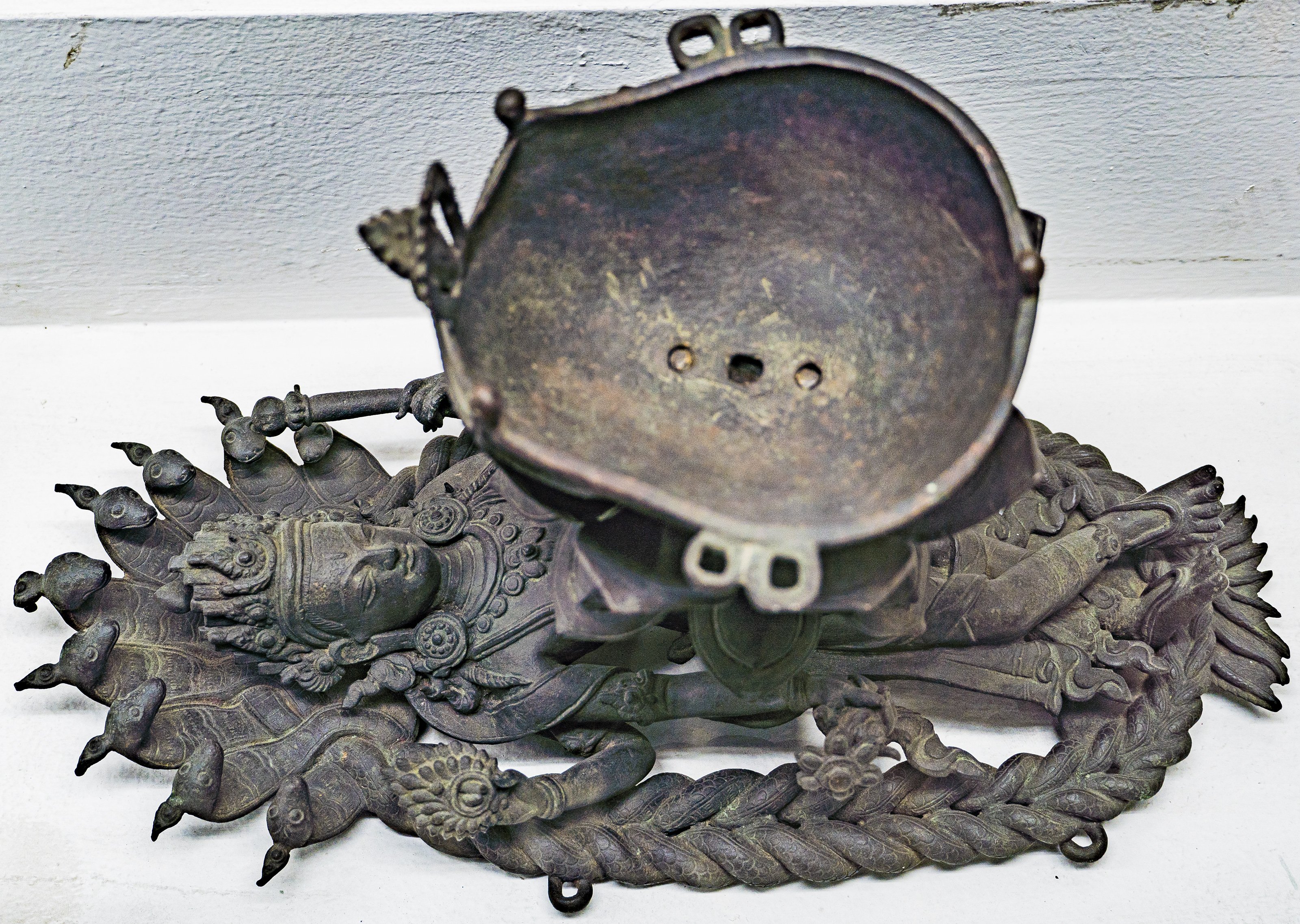 This bronze sculpture shows an image of a Sheshashayi, from the 16th century.—This typical image of Sheshashayi Vishnu is shown sleeping on the coil of serpent (Adishesha/Adisesha) in the ocean. A full-blown lotus is shown emerging from the abdomen of Vishnu where a God, in the Hindu tradition Brahma, is seen on the upper part of lotus.