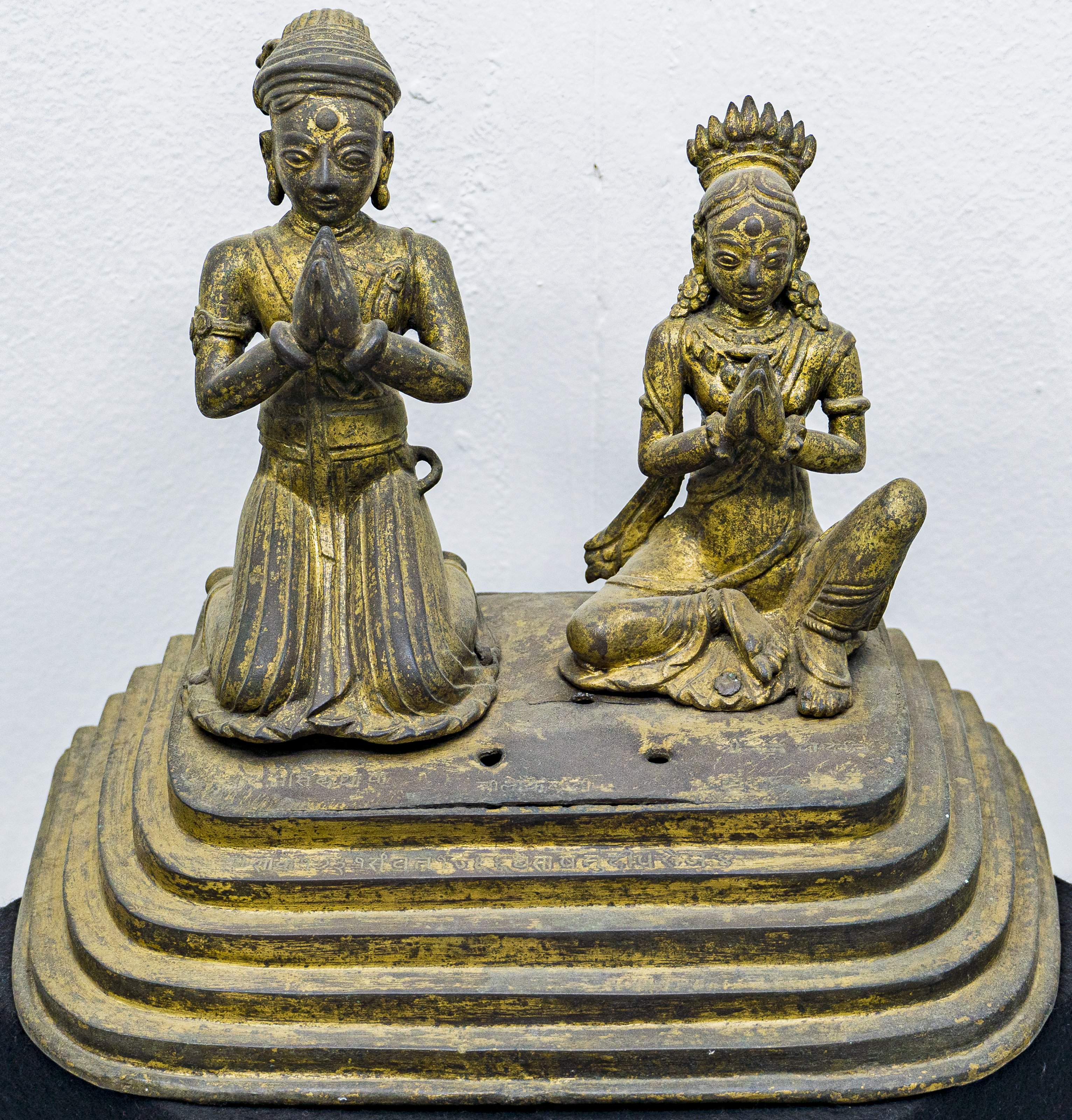 This bronze sculpture shows an image of a Devotees (bhakta), from the 18th century A.D.—Male devotees are known as Bhakta (भक्त) while the female Devotee is known as Bhaktini (भक्तिनी, bhaktinī).