Rajat means something in Hinduism, Sanskrit, Hindi. If you want to know the exact meaning, history, etymology or English translation of this term then check out the descriptions on this page. Add your comment or reference to a book if you want to contribute to this summary article.

Ambiguity: Although Rajat has separate glossary definitions below, it also represents an alternative spelling of the word Rajata.

Rājat (राजत्) (Cf. Rājatī) refers to “that which shines”, according to the Bṛhatsaṃhitā (chapter 12), an encyclopedic Sanskrit work written by Varāhamihira mainly focusing on the science of ancient Indian astronomy astronomy (Jyotiṣa).—Accordingly, “I shall now expound about the movements of the Seven Ṛṣis (Saptarṣi), through whom the northern region shines [i.e., rājatī] as though bedecked with a pearl necklace, like a maiden with a smiling countenance wearing a garland of white lotuses. Or by the direction of her lord—the Pole-Star (Seven Ṛṣis), the northern maiden (quarter) appears to dance round as the Seven Ṛṣis move in their course. I begin to treat of these stars adopting the views of Vṛddha Garga”.

Rājat (राजत्) (Cf. Rājatī) refers to “shining” (with refulgence), according to the Śivapurāṇa 2.3.25 (“The seven celestial sages test Pārvatī”).—Accordingly, after Śiva spoke to the seven Sages: “Thus commanded those sages quickly went there where the mother of universe, the brilliant daughter of the mountain, shone [i.e., rājatī] with refulgence. There she was seen as the personified achievement of penance itself. She was shining brilliantly with great splendour. Mentally bowing to her, the seven sages, of good rites, humbly spoke to her after being warmly welcomed and worshipped by her”.

Search found 2 books and stories containing Rajat; (plurals include: Rajats). You can also click to the full overview containing English textual excerpts. Below are direct links for the most relevant articles: 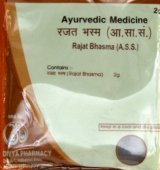 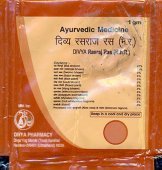