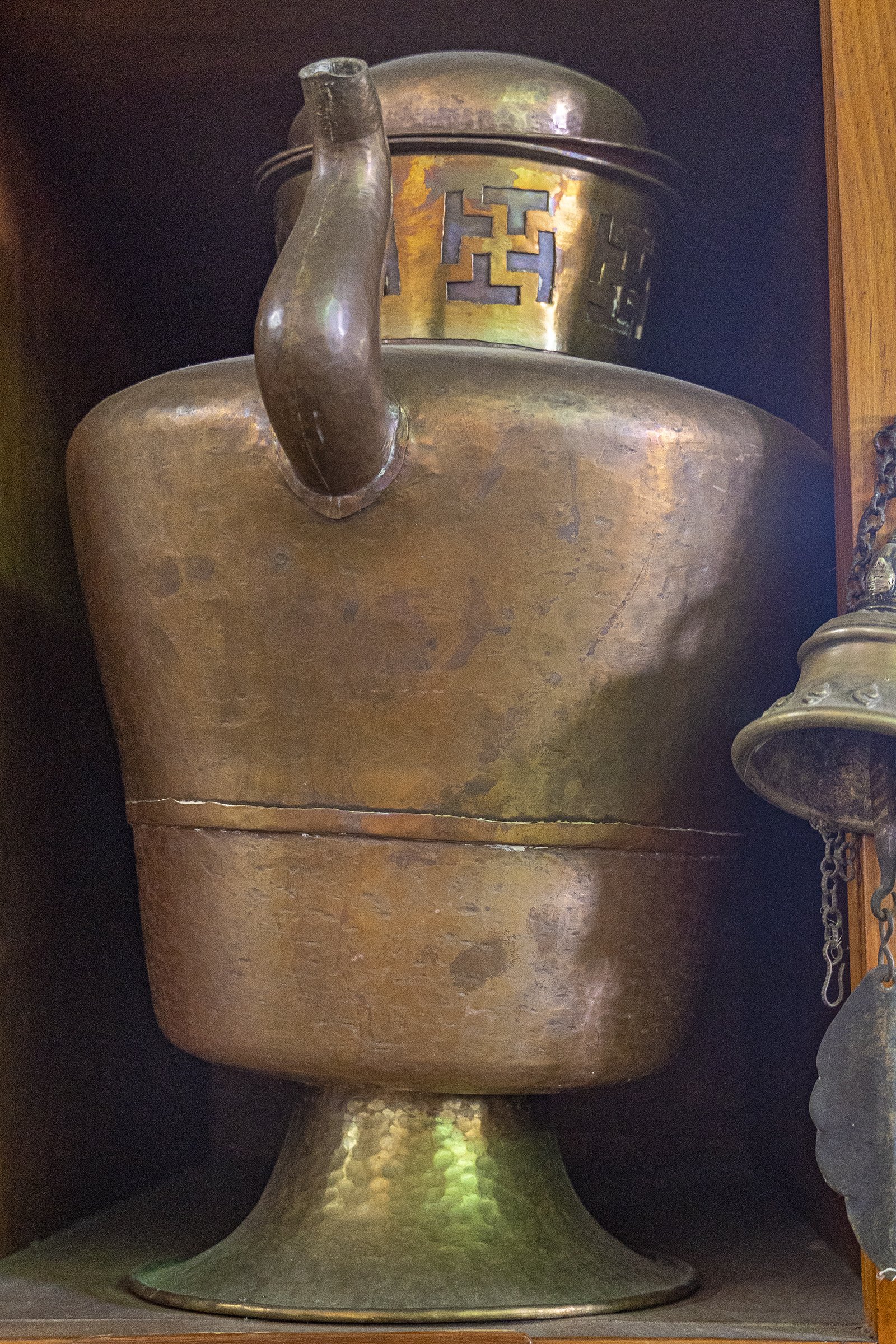 Shanshyu (स्याङ्स्यु) refers to a “copper vessels for offering sacred water to God”. It is a Nepali word which can also be transliterated as Syāṅsyū or Syansyu.

For the Devanagari text and transliteration, see the first image in the series “traditional copper vessels”.